Life Safety Inspections (LSI), located at 313 Oak Ridge Turnpike, Suite 107 A, is the Oak Ridge Chamber of Commerce’s Small Business of the Month for October 2021. The award is sponsored by Enrichment Federal Credit Union.

Ask owner Chip Dooley what led him to start LSI and he’ll tell you it came to him in a dream. 13 years ago, he found himself unhappy in his job – he had even gone so far as to write a letter of resignation, but just wasn’t quite ready to submit it. He tucked it away under his desk calendar and went home. That night, he dreamed about fire extinguishers and exit signs. He began researching fire extinguisher companies in the area and could only find six. After working on a business plan, he decided the market could handle another one, according to a news release.

According to Chip, “The hardest thing was to bring it to my wife and say, ‘Hey! I’m quitting my job and we’re gonna’ be broke.’ She didn’t bat an eye – she said, ‘That’s fine’ and I was just amazed. She’s been my champion and cheerleader ever since.”

Chip points out the company’s motto is “Saving lives one extinguisher at a time.” “I tell everyone that I’d rather have you be safe and go home to your family. There are people who love you – people who want you to come home. And that’s kind of what I think the dream that I had 13 years ago was leading us to. Make sure that people are safe and can go home.”

LSI donates chemical to local fire stations for them to use in chimney bombs which help extinguish chimney fires. Chip’s involvement in the community has included service on the board of the Anderson County Office on Aging as well as Habitat for Humanity. He is also an Ambassador for the Oak Ridge Chamber of Commerce, according to the release.

LSI sells and services fire suppression systems for restaurants, paint booths, server rooms and commercial vehicles. They also provide and maintain automated external defibrillators (AED). The company is the only one in East Tennessee to provide vehicle suppression systems for on-road and off-road vehicles found in the mass transit, mining, waste management and forestry industries. It is one of the very few to have both an Amsel and an Amerax fire extinguisher distributorship. The company services over 5,000 companies in East Tennessee from the Tri-cities to the Cumberland Plateau, including the first 100 customers who started out with them 13 years ago.

To nominate a business like Life Safety Inspections for the award, visit Small Business of the Month under the Members tab on the Chamber’s website at www.oakridgechamber.org. Businesses with 50 or fewer employees, are a current member of the Oak Ridge Chamber of Commerce in good standing and show active involvement in the community and/or the Chamber are eligible for the award. 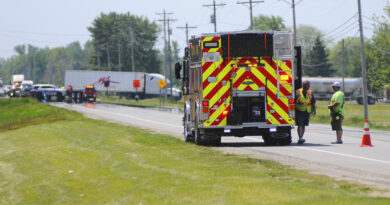 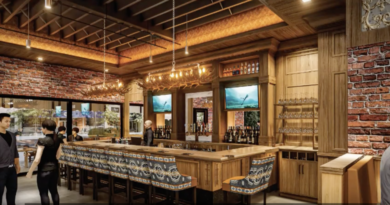 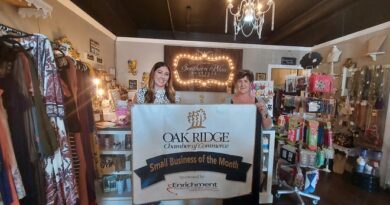