Khloe Kardashian’s family are “supporting” her following her split from Tristan Thompson.

The 36-year-old reality star recently separated from Tristan – with whom she has three-year-old daughter True – for the second time, and it has now been claimed her family believe the split will be “good and healthy” for her in the long run.

An insider said: “The family was trying to keep the breakup quiet because of all the press surrounding the ‘Keeping Up with the Kardashians’ reunion, but they all think this breakup is good and healthy for Khloe and are supportive of her.”

The source also insisted Khloe and Tristan’s split was “not dramatic”, and that the pair decided to end their romance for the sake of “Khloe’s mental health”.

Speaking to ‘Entertainment Tonight’, they added: “Khloe and Tristan had a clean break and it was not dramatic. They are just going back to co-parenting together without a romantic relationship.”

Khloe and Tristan first split in February 2019 after the NBA professional kissed Kardashian family friend Jordyn Woods while at a party.

And Khloe recently said she has forgiven Jordyn for the scandal.

She explained: “I personally don’t talk to her, but I think she’s doing really well in her personal life … I don’t have any grudge against Jordyn. I think people make mistakes, people live and they learn.

“I have to forgive these people for me, and it’s up to them to forgive themselves and be accountable and learn and hopefully don’t repeat these same cycles.”

The Good American founder was also looking to have a second child with Tristan via a surrogate mother, but recently hit a roadblock after one surrogate fell through.

She said: “It’s a very tedious, hard process. And it was interesting because Kim went through the journey, and I swear it felt like she said, ‘I want to get pregnant,’ and two weeks later, she found a surrogate.

“It’s a lot to do with COVID. I did have one and then it fell through.

“There’s so many tests they have to do and all these things. So I’m still on that journey. It’s just I thought it would be a much easier process.

“And it’s not, it’s challenging for me.” 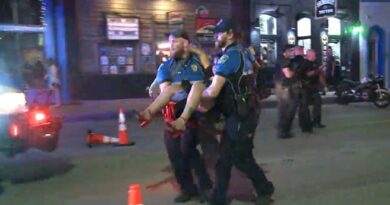 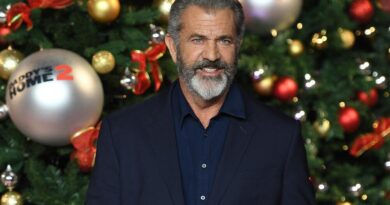