On Saturday night, when Kamala Harris stepped onto the stage and into history at the Chase Center in Wilmington, Del., as Vice President-elect of the United States, she did so in full recognition of the weight of the moment, and in full acknowledgment of all who came before. Of the fact she is so many firsts: first woman to be vice president, first woman of color to be vice president, first woman of South Asian descent, first daughter of immigrants. She is the representation of so many promises finally fulfilled, so many hopes and dreams.

How do you begin to express that understanding; embody the city shining on a hill? For the next four years, that will be part of the job.

She said it — “while I may be the first woman in this office, I will not be the last” — and she signaled it, wearing something she had not worn in any of her moments of firsts since she joined Mr. Biden as his No. 2 (or, indeed, in the months before when she was running for the Democratic nomination herself): a white pantsuit with a white silk pussy-bow blouse. Two garments that have been alternately fraught and celebrated symbols of women’s rights for decades, but which over the last four years have taken on even more potency and power.

The white pantsuit: a nod to the struggle to break the final glass ceiling, stretching from the suffragists through Geraldine Ferraro, Hillary Clinton, Nancy Pelosi and the women of Congress. A garment in a color meant, as an early mission statement for the Congressional Union for Woman Suffrage published in 1913 read, to symbolize “the quality of our purpose.” Latterly redolent with frustration; now, finally, transformed into a beacon of achievement.

The pussy-bow blouse: the quintessential working woman’s uniform in the years when they began to flood into the professional sphere; the female version of the tie; the power accessory of Margaret Thatcher, the first female British prime minister. And then, suddenly, a potentially subversive double entendre in the hands of Melania Trump, who wore a pussy-bow blouse after her husband’s “grab ’em by the pussy” scandal.

The point was not who made the clothes; it wasn’t about marketing a brand (though, on the subject of “building back better,” the suit was by Carolina Herrera, an American business). The point was that to wear those clothes — to make those choices — on a night when the world was watching, in a moment that would be frozen for all time, was not fashion. It was politics. It was for posterity.

And it was the beginning of what will be four years in which everything Ms. Harris does matters. Obviously, what she wears is only a small part of it. But in her first-ness, in her ascent to the highest realms on power, she will become a model for what that means. How, as a woman, as a Black woman, you claim your seat at the highest table. Clothes are a part of that story. In some ways, they are how those at faraway tables connect to it.

Yes, what Mr. Biden wears matters, too. His aviators have become practically his doppelgänger; the blue tie he wore on Saturday night, representative both of his party and the blue skies to (they hope) come. Presidents have always used clothing as part of their political toolbox. John Kennedy distinguished himself from the generation that came before by opting for single-breasted suits instead of the more formal double-breasted styles favored by Roosevelt and Truman.

Barack Obama did the same by often abandoning the tie. George W. Bush wore his cowboy boots as a badge of origin and attitude. Donald Trump used his overly long, five-alarm-red ties to signal masculinity and send everyone down a master of the universe wormhole.

But what Ms. Harris wears, and will wear, could matter more. Why should we pretend otherwise?

(A website, WhatKamalaWore, has already sprung up to keep track.)

As Dominique and François Gaulme wrote in the 2012 book “Power & Style: A World History of Politics and Style,” clothing, from its earliest origins, was developed “to communicate, even more clearly than in writing, the social organizations and distribution of political power.”

And when the person possessed of that power is a pioneer, when she is defining a new kind of leadership, understanding those lines of communications and how to employ them is key. Not because she is a woman, but because she will be the first woman vice president.

Hillary Clinton came to understand this, over a career in which at first she seemed to dismiss fashion and then, as first lady, to resent it, before finally embracing it as a useful tool.

It began when she joined Twitter in 2013 with a biographical note that included the descriptors “pantsuit aficionado” and “hair icon,” along with “FLOTUS,” and “SecState.” When she started her Instagram account in 2015, her first post was a photo of a clothing rail with an assortment of red, white and blue jackets and the caption, “Hard choices.” During an Al Smith dinner before the 2016 election, she joked that she liked to refer to tuxedos as “formal pantsuits.” She weaponized her clothing as necessary.

This is an option of which Ms. Harris herself is well aware. She has embraced the political pantsuit tradition presaged in 1874 at the first National Convention of the Dress Reform League, when, as reported in The New York Times, one attendee declared: “This reform means trousers. They are freedom to us, and they afford us protection! Trousers are coming.” But she did not partake in the Crayola-colored pantsuit tradition of the generation before: Hillary Clinton and Angela Merkel.

Though Ms. Harris has been lauded for her love of Converse (and talked about her Chuck Taylors more than any other item of clothing), and for her Timberlands, when it comes to professional situations, she has usually favored a uniform of dark colors — black, navy, burgundy, maroon, gray — with matching shell blouses, pumps and pearls. Those were the suits she wore at the Democratic National Convention and at the debates.

Often they were by New York designers (Prabal Gurung, Joseph Altuzarra), but they never looked overly fashion. They looked serious, prepared, no-nonsense. She even wore a black suit to the 2019 State of the Union, when many of her fellow congresswomen had banded together to wear white.

So her choice, this time, to finally join that tradition could not have been an accident. (Her two young grand-nieces, one of whom had recently featured in a YouTube video talking about her desire to be president, also wore white.) It was deliberate. Not to credit that is to give her less credit than she is due.

Perhaps, rather, it is a signal of what to expect. That she will go on as she has, with practical, elegant suits that don’t get in the way of her day or require much response from the peanut gallery. (We, in turn, can get back to Kimye.) That the details — the pearls, the pumps, the sneakers — will matter. And that then, every once in a while and when the situation and theater calls for it, she will deploy a sartorial surgical strike that hits everyone where it counts. 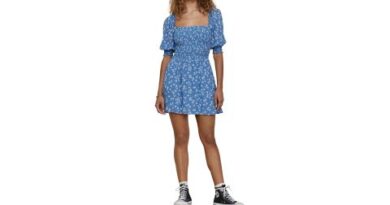 The chicest fashion items to shop at Nordstrom, according to fashion experts – CNN 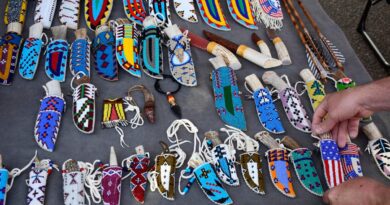 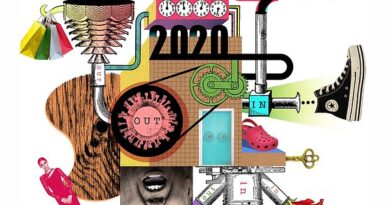