It’s the newest edition of Jews of Philly Fashion, introducing you to the Chosen few who dress our city. They might mix wool and linen, but they’ve got some strong opinions on mixing stripes with florals. In this space, we’ll talk to designers, sellers, buyers, influencers, models and more. This week, we spoke to David Schwartz.

For more than 90 years, Sophy Curson has been one of the premier women’s boutiques in Philadelphia, a Rittenhouse Square mainstay that’s weathered every imaginable storm.

And for more than 30 of those years, David Schwartz has helped steer the ship, starting as a summer hire in inventory to doing, in his words, “everything.” (Technically speaking, he’s vice president, while his mother, Susan, niece of the store’s namesake, is president.)


Get Jewish Exponent’s Newsletter by email and never miss our top stories
We do not share data with third party vendors.

Schwartz, 54, believes that for all of the incursions that online shopping has made into his family’s business, there’s simply nothing to replace the care of a knowledgeable sales associate speaking with you in person.

“What they don’t talk about in direct-to-consumer and instant buying on Instagram is that in the end, you really have to try the piece on, especially with dresses like I sell,” Schwartz said.

Schwartz, a graduate of William Penn Charter School and Kenyon College, first joined the family business in 1988. He’d previously worked some summers between school, but it wasn’t until that year that Schwartz joined his mother at the store.

He loved what he found there, the chance to help the women of Philadelphia find something they felt would set them apart. Even though the store has passed down through generations, with tastes for this or that rising and falling with the seasons, there is a sensibility shared among the family members that have run the store, Schwartz believes. It’s not just color or style or material — though Schwartz does believe that his purchases would please his long-gone elders — but a shared sense for what it is that their customers want.

“Philadelphia women, the Main Line women, they know what they like. They don’t need to be trendy,” Schwartz said. “They love pretty clothes. Everyone asked me, how have I succeeded? I say, ‘If I put pretty clothes in the window, people come in.’”

What’s the last book you read?

What clothing trend would you like to see make a comeback?

There are so many, but the trend I am waiting for the millennials to discover is shoulder pads.

Can the Sixers win it all this year?

What’s something you can’t believe you used to wear?

There is a picture of me at 5-years-old wearing a turtleneck and short shorts with knee socks.

I watch “Real Housewives” before and after the quarantine. That is my most embarrassing type of show.

What item of clothing should more people be wearing?

Two. In the summer, hats to keep the sun off your head and face, and in the winter, I love oversized boxy sweaters.

What person’s style do you admire?

I love Sarah Jessica Parker, especially when she is dressed by Patricia Field. For men, Andy Cohen on Bravo is my other favorite.

That’s a tough one. It is a tie between Rittenhouse Square, where I work, and Society Hill, where I grew up.

I wish my singing voice was better.

Fashion: YOU Will Love… – Daily Mail 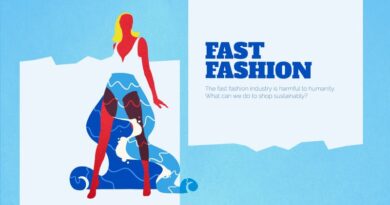