As schools reopen over the next several months, the situation promises to become catastrophic. Pinched administrators will be sorely tempted to repeat a mistake that reformers have been making for more than two centuries: In times of crisis, they try to replace teachers with technology to cut costs. Yet history shows that technology is no substitute for a well-qualified teacher.

It is a pattern as old as public school systems themselves. When cities such as New York and Philadelphia created their modern public schools in the early 1800s, they ran into a roadblock. Namely, teachers were expensive. In their rush to find seats for all the low-income students in their cities, city leaders embraced the promises of London reformer Joseph Lancaster.

Lancaster proposed using fancy-sounding technology to reduce the need for paid teachers. By employing Lancaster’s “telegraph” machine, for instance, one adult teacher could communicate instantly with a network of unpaid child-teachers known as “monitors.” The telegraph was nothing more than a glorified set of cards on sticks, allowing the teacher to send signals throughout a vast open schoolroom. When the teacher wanted students to change tasks, they would show a new card.

It was a simple technology, but Lancaster described it as a complex modern marvel. When the teacher showed the “M” sign, the monitors were supposed to go to the front of the room to confer with the teacher. When students saw a “W” sign, they were to begin their writing practice. For every classroom need, there was a card. In the right hands, Lancaster promised, this technology would allow hundreds of students to be taught with perfect efficiency at the cost of only one teacher salary.

Enthusiasts in New York City gushed in 1807 that Lancaster’s technology-based method enabled one teacher to “educate 500 children, with the facility that one-tenth of that number are taught in the ordinary way.”

Lancaster himself insisted his cutting-edge modern school eliminated the need for costly teacher salaries. “On this plan,” Lancaster boasted, “any boy who can read, can teach.”

Yet despite Lancaster’s lofty boasts, his method flopped. Students in Lancasterian schools did not respond with robotic perfection to signals from a single distant teacher. As one visitor found in 1827 on a surprise inspection of a New York City Lancasterian school, even with their telegraph and other 1800s high technology, child monitors were not able to control students’ “disposition to Levity and Laughter, which Seemed rather generally to prevail.” Instead of replacing expensive teachers, the Lancasterian movement was fatally flawed.

In 1827, after years of trying and failing to rely on the cheaper Lancasterian method, the New York school board decided to pay trained teachers. Philadelphia followed suit in 1828. As the New York inspector argued in 1827, only by shelling out money for qualified teachers did he find schools in which “every scholar was attentively engaged.”

Yet despite Lancaster’s failure, the fantasy of using technology to scale the work of a single teacher only grew more powerful over the following century, extending to written correspondence courses, “stereo-opticon” slides and, in the 1920s, educational radio. In each instance, enthusiasts believed a new technology promised a revolution in education. In practice, the ideas fizzled.

The next generation of technophiles was determined not to learn from those experiences. Techno-optimism reached another peak in the mid-1950s, as the baby boom left school districts desperate again. At the same moment classrooms were ever more crowded, teachers were decamping to better-paying industries, leaving a major shortage.

Instead of raising taxes to hire new teachers, reformers suggested that schools turn to television. Television was “an almost perfect educational instrument,” one that could easily be used to multiply the labor of the best educators in any given city, maintained Ford Foundation official Alvin Eurich. He and other reformers proposed that large groups of students — up to 300 at a time — spend half their school day in auditoriums or cafeterias watching television broadcasts of a few “master teachers.” The other half of the day, students would gather in conventional classrooms to review what they had learned.

Superintendents of overcrowded systems enthusiastically subscribed to the idea. Instructional television, they hoped, would keep their districts in the black. In Miami, for instance, where enrollment had nearly doubled between 1951 and 1957, administrators became positive converts to instructional television.

Hastened by Sputnik-era anxieties about education and new access to videotape, instructional television rapidly expanded in schools after 1957. Before television and video, each district “had to start from scratch and develop and originate and produce and bear the costs of fourth-grade arithmetic, or whatever the subject was,” explained Nebraska Educational Television’s general manager Jack McBride. With these new technologies, a single teacher could appear in hundreds of schools across an entire region, further reducing costs.

Television would not only save on salary money, reformers promised, but would also raise standards. Instructional television would allow all students to learn from the best teachers, offering “the breakthrough which American education so desperately needs if it is again to seize a position of world leadership,” declared William Harley, president of the National Association of American Broadcasters.

But once again, the new technology wasn’t a panacea. “When the novelty wears off,” argued D.C.’s well-respected superintendent of schools, Carl F. Hansen, replacing teachers with television “simply does not work out as well as enthusiasts think.” Screens snowed with static, programs were dull and students increasingly disengaged. Television was no substitute, observed one Milwaukee teacher, for the “human warmth and friendliness which is generated in a regular class relationship.”

As classrooms became less crowded and school budgets swelled with new federal dollars in the mid-1960s, administrators no longer had to bow as deeply to the gods of efficiency and economy. Educational researchers and psychologists protested that instructional television’s stand-and-deliver style discouraged individual creativity and intellectual engagement. Televisions were gradually relegated to AV carts and closets, while teachers returned to the front of classrooms.

Nevertheless, every generation seems determined to relearn the lesson the hard way. In the mid-1960s and 1970s, it was “computer-assisted instruction.” In the 1980s, it was personal computers that taught basic skills. The pattern has always been the same. The promises are abundant, but the results are disappointing.

Despite these regular historical failures, in our virtual age it’s tempting to believe that this time, it’s different — that tools can effectively replace human beings. After all, cheerful digital platforms have offered classrooms new efficiencies, and teachers have made effective use of well-designed apps. What’s more, technology seems to offer an alluring financial bargain. According to the Georgetown University Edunomics Lab, districts that went fully or mostly remote are now running budget surpluses of $200-$1,000 per student. As 1 in 5 school district leaders now admit, they plan to hold onto those savings after the pandemic by maintaining their current online practices. Districts might also try to replace teachers with inexpensive “personalized learning” modules that students can complete online.

But policymakers should remind themselves that in the present, as in the past, they will get only what they pay for. Technology can be a tool for teachers and students, but it can’t replace the role of a trained, engaged human teacher. As parents have come to appreciate during the pandemic, in-person teaching inspires students far more than Zoom school ever will. In person, teachers connect and engage with students in ways that screens simply can’t replicate. 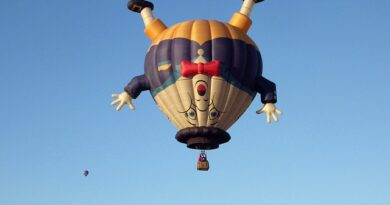 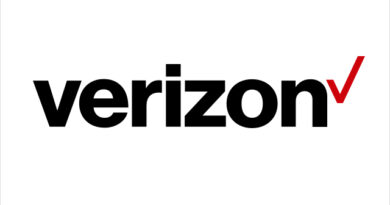 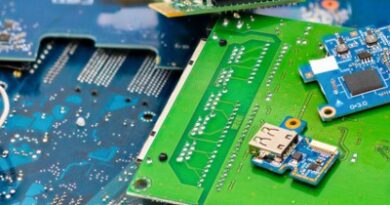