There will soon be a new indoor sports opportunity at the Owensboro Convention Center, an addition that project officials expect to make a multi-million dollar economic impact locally. The project is a public-private partnership between Daviess County Fiscal Court, the City of Owensboro and Owensboro Health.

This project includes a modular, portable sports floor along with all the necessary equipment for multiple indoor sporting events including volleyball, basketball, pickleball and futsal. It also includes three-tiered bleachers for fans.

Laura Alexander, General Manager with Spectra Venue Management at the Owensboro Convention Center, said the floor can be made into three basketball courts or nine volleyball courts, complete with the lines for each sport.

“There’s a lot of opportunities for a lot of sports that are really growing in this area to jump on board, and we can grow it even more,” she said.

Mark Calitri, President of Visit Owensboro, said the indoor sports opportunity is a game-changer for the area.

“With our existing premier outdoor sports facilities and now with the ability to offer a premier indoor sports experience, Owensboro and Daviess County will become the complete sports solution at the Owensboro Convention Center,” he said.

Calitri said the decision to add an indoor sports opportunity largely came down to the economic impact.

“For a 35-team volleyball event, that could mean more than 400 athletes,” he said. “Then you add in the parents, coaches and fans. That’s a lot of people in Owensboro-Daviess County spending money in our hotels, eating at our restaurants and shopping in our businesses — creating an economic impact across the spectrum.”

Calitri said in 2018, Visit Owensboro commissioned a sports study to investigate the feasibility and market opportunities for indoor sports.

“That study came back and said there is a demand in Owensboro,” he said.

Daviess County Judge-Executive Al Mattingly added that in 2011, a firm was hired to come up with a vision for downtown Owensboro.

“Part of that vision was the creation of an events center,” he said. “At that time, the event center was supposed to attract conventions, be used for local community events, and it also was supposed to have provided a space for indoor sports and tournaments.”

He said the last part is finally falling into place thanks to the partnership.

Steve Johnson, representing Owensboro Health, said part of the OH mission is to improve the health of the communities they serve.

“Owensboro Health is pleased to be an investment partner in this regional health improvement project,” Johnson said. “Not only will it lead to improved physical health for those participating, it will also increase the economic health and vibrancy of Owensboro-Daviess County as well as the entire region we serve.”

Calitri said in the next few weeks they will move through the process of formalizing the project and will provide more detailed information.

The project could be complete by the end of this year or early 2022. 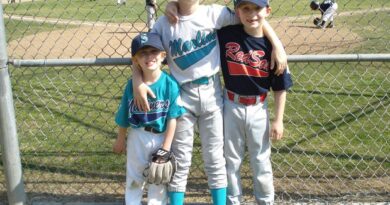 A Dad Fights to Bring Back School Sports. His Son Moves On. – The Wall Street Journal 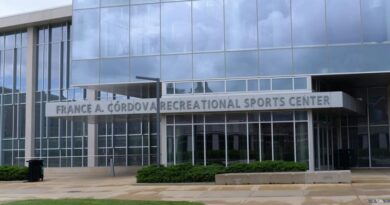 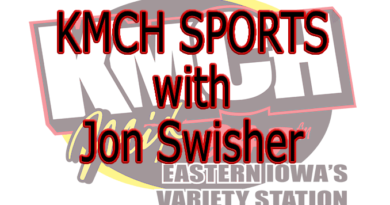