Season three of the podcast series “In These Times” explores scientific ideas that cause big reactions. The episodes explore stories of science getting knocked around, and standing back up again, in a world full of polarization, politics, misrepresentation, and simple misunderstanding.

In episode one, “Facts vs. Feelings,” a particle cosmologist joins a scholar of religion and science to discuss what makes people feel the way they do about scientific information and why it’s so hard to communicate about science. In episode two, “Talking the Talk,” a linguist explains why some people resist changes to the way people speak (hint: it has nothing to do with being correct). And in episode three, “There’s Something About Darwin,” a philosopher of science and an evolutionary biologist discuss what it is about Darwinian evolution that has made it a poster child for science denial, and why it’s important to understand the facts.

8:21: [Mark Trodden] “You ask me why people are fascinated by this stuff. Why is it easy to get people excited about this? And I made the point that the universe is all around you, and it’s wonderful and mysterious. Of course, that leads people to think that you are tackling the same questions that they think are tackled, for example, by religion. And so, no one is going to grab a material scientist and tell them that their work is at odds with some origin story, but really, origin stories is a lot of what we’re about. And so, we’re spared some of what could come our way, but not completely.”

15:06: [Donovan Schaefer] “One of the things that I’m arguing against is the idea that science is something that is fundamentally emotionless, that science is something that we do without feeling. If you talk to scientists, scientists actually have a very deep set of intuitions about how they are using feeling in order to make science better. They’re using the excitement that drives them forward as they’re building a chain of discoveries, but they’re also using the fear of embarrassment in front of their colleagues as a way of compelling themselves to scrutinize their own findings even more carefully. And there’s a whole library of ways that science is shot through with feeling, and that’s one of the arguments that I’m making in the book that I wrote.”

18:15: [Donovan Schaefer] “I don’t think that it’s in any way wrong to say that science has come to be perceived in some religious corners as being a kind of secular attack dog. It’s come to be perceived as something that is adversarial to a certain religious identity. And what that means is that science comes to feel like the enemy. It comes to feel like something that is laying siege to you rather than something is here to communicate with you.”

11:47: [Nicole Holliday] “Another reason though that there is resistance frequently to language change is demographic change. Right now, the young people in America are much different than the old people in America. Really different. They are much more likely to be people of color. They are much more likely to be politically to the left of compare Gen Z to baby boomers. They are also much more likely to identify as a variety of genders or gender non-binary or LGBTQ in any way. So all of this identity stuff and the fact that a lot more younger people are parts of groups that are historically marginalized, also contribute to the way in which their language becomes stigmatized. So it’s not just that it’s young, it’s oh, it’s young and it’s Black or oh, it’s young and it’s queer. That becomes part of the reason. It’s just the historical patterns of marginalization repeating themselves in this way.”

13:43: [Nicole Holliday] “Millennials are the first to grow up with the internet as part of their everyday lives so it might take us a little bit longer to see what the long-term effects are, but we know that it’s pretty axiomatic that you speak like the people you speak to. And we can spend a lot of time online but fundamentally we spend most of our time talking to people that are like us anyway, online or in real life. So, it’s the case that the impact that the internet can have on us is somewhat limited. Some of it stays around, some of it doesn’t, that’s just how it works. But it’s not the process of, oh, we’re getting all these new words and we’re keeping them. We’re getting all these new words and also we’re losing them.”

7:06: [Michael Weisberg] “It is difficult to understand evolution. And one of the things that we’ve learned is even people who say that they accept evolution, don’t understand it all that well. I’m interested both in acceptance of evolution but also in understanding. It’s not the case that you find so many people understanding it really well that reject it, but you also find plenty of people who say that they accept evolution but they don’t really understand very much about what it means or have very kind of a confused set of ideas about it.”

15:46: [Paul Sniegowski] “In the genetic perspective, the definition of evolution is a change in the genetic composition of a population of organisms over time across generations. And we define it more precisely in the mathematical models of evolution at the genetic level, as a change in the frequencies of genes, which are DNA or in the case of some viruses, RNA sequences in the genomes of organisms. And those frequencies are the number of individuals carrying a particular form of gene in the population.”

19:50: [Paul Sniegowski] “Being able to think clearly about science and the uncertainties of science and the things that are more reliable in science has been an enormous part of dealing with the COVID-19 pandemic and what we’re going through right now, as we speak, late August 2021, with the emergence of the Delta strain is a spectacular and brutal example of evolution in real time.”

Listen to the podcasts in full at OMNIA. 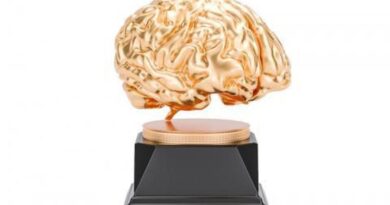 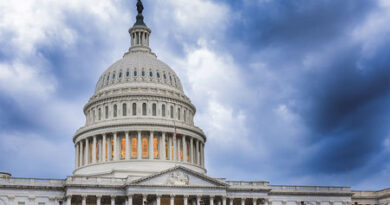