When husband and wife Chris Halim and Raena Lim saw an opportunity to redress sustainability issues in the fashion industry, they wanted to do so in style.

And the duo behind clothes rental app Style Theory certainly don’t do things by halves.

“Honestly, we don’t know whether we are foolish or brave.”

Lim and Halim are the co-founders of Style Theory, a Singaporean fashion rental platform that allows subscribers to loan unlimited items for a flat monthly fee.

The SoftBank-backed start-up today boasts more than 200,000 registered users across Singapore and Indonesia and offers an inventory of 50,000 clothes and more than 2,000 bags.

But when ex-Goldman Sachs banker Lim and consultant husband Halim got the idea for the company back in 2016, it was in response to a very common conundrum — having nothing to wear.

“The ‘aha’ moment came when Chris actually questioned me and he’s like ‘why is it you have so many clothes and you’re always complaining that you have nothing to wear?’,” recalled chief operations officer Lim.

“For someone who came from a finance background, using logic and mathematics, it just suddenly felt like wow, that’s really a very illogical response that I have to fashion,” she said.

Having spent her early career working for a non-profit in Kenya, Lim was keen to start a project that allowed her to do good. And with the environmental damage of fast fashion coming to the fore, the opportunity was clear.

Textile production is one of the world’s largest polluters, generating global emissions equivalent to 1.2 billion tonnes of carbon dioxide each year — more than all international flights and shipping combined.

We started with a waitlist first, so we had enough number of clothes and enough capacity.

That inefficiency has spawned a host of new clothing rental platforms seeking to satisfy conscious consumers with a guilt-free alternative to fast fashion.

Pioneered in 2009 by U.S. platform Rent The Runway, the circular fashion industry has bloomed over the past decade, inspiring other brands such as My Wardrobe HQ in the U.K. and GlamCorner in Australia. Yet, the logistical challenges of Southeast Asia made it a tough market to crack. That led newbie entrepreneurs Lim and Halim to adopt a test-first strategy.

“We started with a waitlist first, so we had enough number of clothes and enough capacity for customers,” said chief executive Halim. “As the customers come in, we are either proven right or proven wrong and then we continuously iterate from there.”

The couple’s data-driven approach saw them switch from owning all the inventory in-house to a consignment model in 2019.

Under the new structure, Style Theory holds stock on behalf of designers and individuals, paying them each time an item is rented. The company then takes a cut of the $95 unlimited monthly subscription fee for the management, courier and cleaning of goods.

Fashion rental platform Style Theory holds stock on behalf of designers and individuals, paying them each time an item is rented.

That attitude, in turn, has attracted investors, including SoftBank, Alpha JWC Ventures and Indonesian real estate company the Paradise Group, which have invested around $30 million in the company.

“The problem that they’re solving is definitely for the users and, in this case, a lot of female users. But this also provides solutions (to) the suppliers or designers to be able to reach this target market in a more direct manner,” Jefrey Joe, managing partner at Alpha JWC Ventures, told CNBC Make It.

The funding indicates an investment appetite for the young, but growing sector.

The online clothing rental industry was valued at $1.2 billion globally in 2019. By 2027, that figure is expected to more than double to $2.8 billion.

This circular fashion market is big enough to create at least a unicorn from Southeast Asia.

Much of that growth could be led by Asia-Pacific, where the relatively nascent clothing rental market is ripe for disruptive players like Style Theory. According to market research firm Research Nester, the region is forecast to account for almost a quarter (22.14%) of the overall market within six years.

“The market size of this segment is still tiny … (but) we also see huge potential,” said Joe. “This circular fashion market is big enough to create at least a unicorn from Southeast Asia,” he said, referring to start-ups with a valuation of $1 billion.

Pivoting in the pandemic

The duo aims to capitalize on that opportunity by tailoring their offering to the specific needs of consumers in Asia. That includes curating clothes to suit local cultures and climates, as well as offering collection services and personal styling in pop-up stores.

However, the outlook for the fashion industry is not without challenge. The onset of the pandemic in 2020 struck a blow to retailers, denting profits and shuttering stores. Meanwhile, with social engagements canceled and hygiene taking a priority, clothing rental was hit hard.

Style Theory launched its resale business in 2020 in response to changing consumer habits amid the pandemic.

“The pandemic is probably the most challenging time for us as a company,” said Halim, whose business has until now only recovered 75% of pre-pandemic users.

“But it also brought a ton of opportunities. The most exciting one for us was actually fashion resale,” he continued, citing a service that allows users to buy and sell pre-used items. “(We) officially launched the platform last year, and were able to grow that business 10x in like 12 months.”

Still, the founders are confident fashion rental is no fad.

In its five years, they say Style Theory has facilitated more than 2.3 million rentals and saved more than 600,000 preloved designer items from prematurely entering landfills.

Basically, the business is a baby for us.

But despite the challenges, the husband-and-wife team says they’ve found a good match for their fashion outfit.

“Basically, the business is a baby for us,” said Halim. “The full trust, the 100% alignment, is really, really helpful and super important when you’re making key decisions together.” 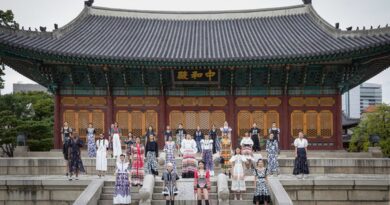 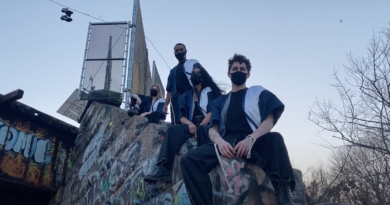 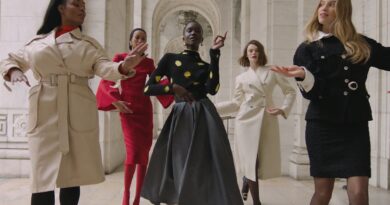 The Ultimate Guide to the Spring 2021 Fashion Trends – Vogue