For Sergio Hudson, it’s been a “whirlwind” ever since the presidential inauguration ceremony last month.

It was a monumental day for the South Carolina native, who dressed the former First Lady Michelle Obama in the custom-order oxblood pants suit and Vice President Kamala Harris in a sequin cocktail dress and silk tuxedo coat for the evening celebrations.

“When I touched down in Philadelphia, we were watching the inauguration in the airport, and when I saw her come out, I audibly heard people gasp,” says the Los Angeles-based designer, on a call. “Everyone started buzzing me, googling it. Things changed overnight, I knew in that moment, things had changed when I heard the gasps.”

Yet the political event had the biggest impact, with his business more than doubling its e-commerce growth.

Approximately 33.8 million people watched Biden’s swearing-in on Jan. 20, according to Nielsen, making it the third-highest viewership of any presidential inauguration in the past four decades.

And Hudson was ready for the spotlight. Both the Obama and Harris looks, the designer says, were “quintessential Sergio.”

“Everything Michelle wore was pretty much stuff from my collection, the same thing for the vice president,” Hudson says. “It was an honor they chose what I already made.”

While the former First Lady looked beyond chic and polished in the statement-making, wide-leg wool crepe trousers with a single-breasted wool cashmere duster coat, the look was unexpected for the historic event.

“It’s not common for women to wear pants to an inauguration especially not a wide-leg high-waist trouser,” Hudson says. “Michelle Obama had worn this before, I just made this in that [oxblood] color. I didn’t even have to make a new pattern.”

The pants and coat were custom-made, the looks taken from the designer’s fall 2000 collection, which was inspired by the late 1980s/early ‘90s R&B divas.

“I wanted to do something really slick, really sharp,” Hudson says, about the collection. “I like monochromatic—it gives you instant chic. The look I did for the collection was a dress and a shorter coat with the same belt. We made the pants for Michelle.”

“I saw she followed me one day on IG and I hit her up and said ‘I would love to dress Michelle [Obama] one day” and she was like ‘OK,’” Hudson recalls. “Instagram is making and changing lives everyday.”

“We had been working with her team on the campaign trail and when she won, it was time to dress her for the inauguration and they gave us the option,” he says.

What’s Next for the Designer

“We were a young brand and we were definitely in a tough position,” Hudson says. “Things are looking up. Our e-commerce doubled or tripled. It kind of skyrocketed. And we are in talks with numerous top stores.”

Hudson is in the process of fine-tuning his fall ‘21 collection, which will be available in mid-March. He describes it as an evolution of last fall.

“It’s inspired by Africa,” Hudson says. “So many times when people get inspired by Africa they think tribal, yet it’s a modern country. It’s not a monolithic place. It’s so diverse, it’s a continent with several different countries.”

The designer runs a lean business and makes most of his patterns himself. At his L.A. headquarters, he works with a team of four people, including two sewers and a business partner. There, they cut, drape and sew.

“I’m very hands-on,” he says. “If I had to downsize to just me, I could still do it. I would never go out of business.”

Fashion is the only job Hudson, 36, ever wanted to do, a dream he’s had since he was a young boy.

“All the people I grew up being obsessed with—Gianni Versace, Gianfranco Ferre, Thierry Mugler, Azzedine Alaïa, all of them, except for Mugler who doesn’t design anymore, are gone, it’s a gone era,” he says. “Fashion has suffered because of it.”

Like these internationally famous designers, Hudson wants to leave his mark on the fashion world while simultaneously inspiring Black designers.

“I want to go as high as I can go, higher than anyone has gone before,” Hudson says. “What a legacy brand could be if we stopped seeing color. Once it’s done, it will be more common that a Black designer created a legacy brand.

“There have been great American designers like Stephen Burrows, Willi Smith, but if I call my Grandma tomorrow she won’t know who they are. I know who they are because I love fashion. They weren’t able to make their brands go to that level, so we don’t have to say ‘Black designer Sergio Hudson.’” 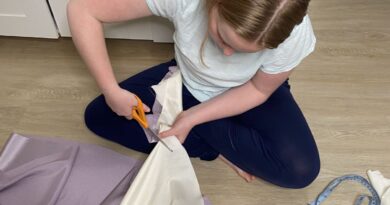 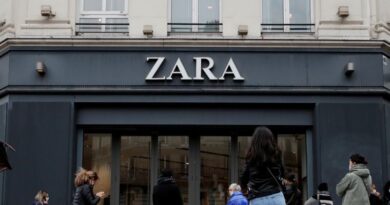 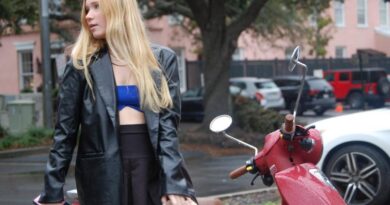 Fashion from the streets – Tribal Tribune