The U.S. Congress today took another step toward doubling the budget of the National Science Foundation (NSF) over 5 years, with the science committee of the House of Representatives unanimously approving legislation to reauthorize the agency’s programs.

The House committee’s work overlaps in part with a bill passed last week by the Senate that gives NSF a primary role in strengthening the U.S. research enterprise so the United States can better compete against China and the rest of the world. Both the House and Senate bills would rapidly grow the $8.5 billion agency, as well as give it a new technology directorate aimed at accelerating the commercial application of academic research. Both bills also call for tightening oversight of NSF-funded research to block adversaries from gaining improper access to the results.

However, the House bill (H.R. 2225) takes a much more targeted approach to bolstering federal research than does the Senate bill (S. 1260). It’s a svelte 141 pages compared with the 2376-page Senate behemoth. It also confines itself to NSF; the Senate bill covers several additional federal research agencies and tweaks U.S. trade and foreign policy to address the economic and military challenges posed by China and other nations.

The House panel’s chair, Representative Eddie Bernice Johnson (D–TX), highlighted that contrast in her opening remarks. “We need to act now,” Johnson said as she kicked off a hearing in which the panel also approved a second bill (H.R. 3593) that gives policy guidance to the Department of Energy’s Office of Science. “But we shouldn’t act rashly. Instead of trying to copy the efforts of our emerging competitors, we should be doubling down on the proven innovation engines we have at the National Science Foundation and the Department of Energy. The bills before us today do just that.”

The NSF legislation received the panel’s unanimous support, with Democrats and Republicans complementing one another for their willingness to strike a compromise on several contentious issues. The biggest flashpoint is over how tough each party wants to appear toward China. For the committee, that meant agreeing to block the flow of federal dollars to any researcher participating in foreign talent recruitment programs run by four nations: China, Russia, Iran, and North Korea.

Current rules simply require federally funded researchers to disclose all foreign research support, a policy many Democrats view as consistent with the traditional ethic of transparency in science. But Republicans have long argued that China, in particular, uses its array of recruitment programs to weasel taxpayer-funded research from naïve U.S.-based scientists. And today the committee’s Democrats embraced that hardline stance, approving an amendment offered by Representative Randy Feenstra (R–IA) that aims to limit the reach of China and the other three targeted nations.

“The key phrase is … ‘in exchange for transferring knowledge or expertise to the foreign country,’” Feenstra said in explaining his amendment. Researchers participating in China’s talent recruitment programs might not be “spies in the traditional sense,” he said. “But they are still being used to collect information that the Chinese Community Party wants.”

Many Democrats worry adopting such a rule would take Congress down the slippery slope of clamping down on all research interactions with scientists from China and other countries not seen as U.S. allies. But Feenstra’s amendment doesn’t go that far, Johnson told her colleagues. “We need to keep our doors open to foreign talent,” she said in expressing her support for the language. “And I think that this amendment is carefully worded to balance the risks and benefits.”

The Senate bill contains similar language aimed at the four nations, telling the president’s science adviser to develop and issue rules that would require all federal agencies to adopt such a ban. Representative Michael Waltz (R–FL), the top Republican on the science committee’s research subcommittee, said the committee is hoping a pending House bill authorizing programs at the Department of Defense will include a similar governmentwide prohibition.

The House’s NSF bill is now headed to the floor, where Democratic leaders could decide to add additional elements before bringing it to a vote. Once passed it will have to be reconciled with the sprawling Senate bill.

Here’s what the House bill says about three other key issues in the ongoing debate over bolstering NSF.

The bill authorizes Congress to spend a total of $78 billion on NSF over the next 5 years. If followed by appropriators, that would raise NSF’s current budget of $8.5 billion to $17.9 billion by 2026.

Within those totals, the new Science and Engineering Solutions directorate would get a total of $13.2 billion, starting at $1.4 billion next year and rising to $3.4 billion by 2026. Those numbers provide what Representative Frank Lucas (R–OK) described as a “faster acceleration but without the drop-off” in funding contained in a previous version of the bill. That previous draft would have provided a total of $73 billion for NSF ($5 billion less than today’s version), and $5 billion for the new directorate in 2026 ($1.6 billion more than the current bill). Overall, NSF’s six existing research directorates would receive 80% of the total additional funding, addressing the concerns of science advocates that the new directorate might inhibit the growth of traditional disciplinary programs.

Legislators see the new directorate as a chance for NSF to extend its much-admired ability to fund the best research ideas to tackle pressing societal problems such as environmental sustainability, training a skilled technological workforce, and reducing social and economic inequality. That contrasts with what the committee regards as the Senate’s narrower focus on advancing 10 key technologies, including artificial intelligence, quantum information science, and advanced communications. At the same time, the House bill now includes provisions for a network of regional technology institutes that sound very similar to a bevy of programs that the Senate bill would create within the new directorate. Both bills would support large research centers managed by partners drawn from academia, government, industry, and the nonprofit sector, as well as facilities to test prototypes of the new technologies, support for universities trying to turn research results into new companies, and training for scientists who want to develop their entrepreneurial skills.

This is where the two bodies differ most in their approach. The House bill expresses support for the idea of spreading the wealth, that is, having a larger share of NSF’s dollars go to regions that traditionally have not done well in its grant competitions. Those have-nots include states outside the country’s East and West coasts, and those lacking major metropolitan areas and high-tech hubs. To improve the geographic spread of funding, the House bill authorizes NSF to run merit-based competitions that serve a broader spectrum of academic institutions, specifically, those outside the top 100 recipients of NSF funding, those with relatively small research portfolios, and those serving large percentages of minority students.

In contrast, the Senate bill mandates increasing geographic diversity through two mechanisms. The first specifies that 20% of NSF’s overall budget—and that of the new directorate—would go to an existing program for have-not states called the Established Program to Stimulate Competitive Research. EPSCoR now receives roughly 2% of NSF’s budget. The second Senate mandate is that institutions in those states receive 20% of NSF’s funding awarded through its normal programs that make competitive grants. 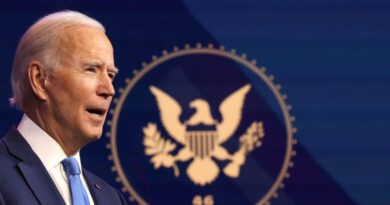 The U.S. Needs a Federal Department of Science and Technology – Scientific American 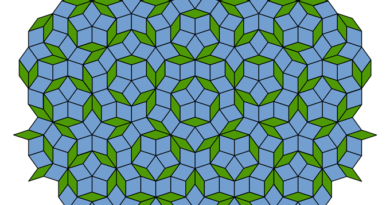 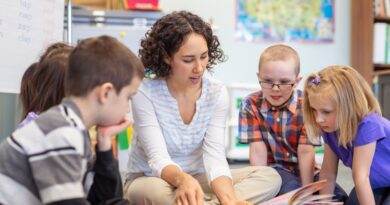