The NYSPHSAA on Tuesday proposed a lengthy time out for high-risk winter sports with COVID-19 metrics again trending in a worrisome direction.

In an update to its return to play document, the association suggested a Jan. 4 start date for high-risk sports, pending approval from state officials. Low- and moderate-risk sports are still expected to begin official practices Nov. 30.

Until the official go-ahead is granted by Gov. Andrew Cuomo, nothing can move forward. He’s not weighed in on the Jan. 4 date.

“It gives us more time to work with state officials as they examine and analyze their metrics and, hopefully, we’ll get authorization at some point in the month of December to begin on Jan. 4,” NYSPHSAA executive director Robert Zayas said of the date. “Right now, Jan. 4 is just an arbitrary date.”

Schools have indicated they need a minimum of 2-3 weeks notice before starting the winter season.

According to guidelines issued by the state in July, the high-risk sports include basketball, hockey, wrestling and competitive cheer.

“I’m just keeping my head up and praying we have a season,” said Ursuline girls basketball standout Sonia Citron, who recently signed to play at Notre Dame. “With all of the uncertainty, I’m hoping that we do get play on Jan. 4. I’m really looking forward to my senior season with Ursuline and being with my teammates again. I’m hoping that it happens and I’ll try to stay positive. All of my teammates are ready. We really want to play this season and right now I think we’re more excited than nervous to get on the court and continue from where we were last year.”

The low-risk sports include bowling, gymnastics, indoor track and field, skiing and swimming and diving. They can begin practice Nov. 30 and will be permitted to compete once minimum practice requirements are met.

Since most of those contests are played at off-campus facilities, they may remain on hold, at least in Section 1. According to Santabarbara, section officials will meet again later this week to continue discussing whether it’s feasible to start lower-risk sports on Nov. 30.

Zayas continued to stress that he is regularly in contact with the state’s government officials, but it remains unclear what the line of communication is.

“I would characterize our communication over the course of the last few months, and specifically the last few weeks, as very positive,” Zayas said. “We have an open dialogue and we’re working with the same common goal of providing opportunities for student-athletes when it’s appropriate and when it’s safe to do. But at this point in time, our advocacy efforts are somewhat hindered by the fact that we’re seeing a rise in COVID infection rates.”

The latest proposal has been shared with the governor’s office, according to Zayas.

“Our state officials are aware of what we’re doing,” he said. “We keep them informed.”

A number of recent proposals submitted to those state officials were detailed Tuesday during Zayas’ Zoom call with the media. A number of sectional officials from around the state joined the call as well.

Employing the micro-cluster strategy for sports was among them.

“Meaning, if a school district is in a red or orange zone, they would suspend all interscholastic athletics,” Zayas said. “If they were in a yellow zone, they would be permitted to practice only.”

A limitation on travel outside the state has been discussed.

Zayas has also proposed banning high school athletes from competing on club teams, which have been active during the pandemic.

“It’s a major concern of mine,” he said. “Teams are going to Pennsylvania or Connecticut or New Jersey or up and down the East Coast to participate in club sports. So one of the things I have proposed is we would limit high school student-athletes who are participating on their high school’s athletic teams.”

They would be prohibited from practicing or playing with outside teams in order to limit potential spread.

With the number of positive cases and hospitalizations on the rise, finding a way to keep schools operating is the priority.

“For those who started the fall (season), it has been extremely successful,” Santabarbara said. “If we get through our regional tournaments locally, we’ve been very fortunate. The reality is, the landscape is quickly changing. Schools are navigating it and understanding what it could mean if we go into the yellow or orange zone. That has shifted the focus back to keeping the doors open in schools.

“We continue to see schools going on pause or shutting down for periods of time. We’ve heard a lot about the concerns of people coming together with families around the holidays. And the time of year with flu season being what it is. There are concerns with the quickly changing landscape of the pandemic and how they apply to the feasibility of playing interscholastic athletics.”

Individual sections would determine ending dates for the winter season. Plans for a state championship tournament remain intact, but are subject to change. Starting on Jan. 4 would allow at least five or six weeks of competition, followed by a quick postseason tournament.

In basketball, hockey and cheer, athletes must complete six practices before they are eligible to begin competing. In wrestling, the minimum is 10 practices.

The Fall II season, which, for now, includes high-risk sports like volleyball and football, but could also include other sports that have been postponed depending on the region, is set to begin March 1, pending state approval.

Guidance about fans is again likely to come from individual sections. When the official go-ahead is granted for high-risk sports, the final decision about playing or canceling will be made at the district level.

In the coming weeks, the NYSPHSAA will look at the entire schedule in case an overhaul is needed due to a long pause.

Might the winter season get pushed into the Fall II season?

“We’ve been having internal discussions as far as what is our Plan B,” Zayas said. “We just made the decision today as far as postpone until January 4 and I can tell you it is something we’re constantly examining, but at this point in time I don’t have any comments on what Plan B would be. The reason we’re focused on right now is we have to see if we can get authorization for January 4 and if we can’t then we have to focus on what’s our next step.”

Josh Thomson contributed to this story. 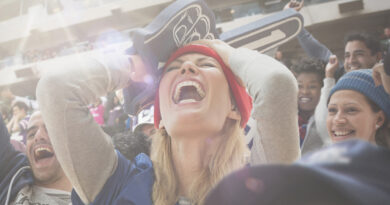