In the last days of 2019, Timothy Snyder, one of the world’s leading scholars of the Holocaust, nearly died. Snyder, 61, felt abdominal pain in early December 2019 while delivering a lecture in Germany, where doctors failed to diagnose his appendicitis. After Snyder returned to the United States, doctors performed the appendectomy but missed a different diagnosis: complicated appendicitis with liver abscess. Snyder was rushed back to the hospital two weeks later with sepsis, underwent drainage of the abscess, and spent weeks convalescing.

As he recovered and reviewed notes from his hospital diary, the coronavirus disease 2019 (COVID-19) outbreak in China was swiftly evolving into a pandemic, exposing the fragility of the US public health system, employer-based insurance, and fee-for-service reimbursement for medical care.

It is in that context that Snyder started to draft Our Malady: Lessons in Liberty from a Hospital Diary. It is a short (about 150 small pages of text) but impassioned meditation on the state of US health care. In it, Snyder argues that a collective failure to recognize health care as a human right and prerequisite to human freedom undermines democracy in the United States. He neatly summarizes his view early in the text: “We would like to think we have health care that incidentally involves some wealth transfer; what we actually have is wealth transfer that incidentally involves some health care.”

Snyder divides his jeremiad into four “lessons.” The first draws on his training as a historian. According to him, the notion that health care should be considered a human right derives from the trauma of the Second World War. The Nazi worldview segregated those they deemed deserving of health from those they viewed as subhumans who were sources of disease, diseases in themselves (Hitler notoriously referred to Jews as a “racial tuberculosis”), or suitable subjects for unrestricted medical experimentation. Thus, in the aftermath of the great moral failures of the war years, the tenets of a new medical ethics were enshrined in the Nuremberg Code, and the architects of postwar Europe designed health care systems on a principle that challenged the cruelty of totalitarianism: All people, regardless of background or ability to pay, deserve health care. This idea directly challenged the inverted logic of the concentration camp (and the Soviet gulag), where health care, when any was available, was allocated only to the healthiest people to maximize productivity. The United States did not participate in this codification of health care as a human right in public policy.

The second lesson centers on children and family life. Snyder contrasts the experience of having a child in Austria (involving subsidized birthing classes, relatively little time pressure on admission to or discharge from the obstetrical unit, and two years of paid parental leave) with having one in the United States (mothers sent home until contractions are at short intervals, twelve weeks of paid maternity leave at best, and referrals to lactation consultants who only take “good” insurance). Snyder believes that commercialized health care impedes the freedom of families and children at their most vulnerable times.

The third lesson is an argument for greater transparency and a return to the enlightenment commitment of allowing science and data to drive political decision making. The fourth is to empower doctors—whose lives Snyder believes were devalued during the first wave of the COVID-19 pandemic and whose work is encumbered by the profit motive built into electronic health records—to take on a greater leadership in national politics.

Most of the material that Snyder presents is not new. He is right to point out that it was the racism underlying postwar US policy that drove the country to eschew the language of health care as a human right in favor of a more restricted focus on civil rights, but that is a story better told elsewhere by historian Carol Anderson. Perhaps inevitably in such a short book, Snyder often relies on simplification. For example, his contention that the uniquely poor COVID-19 outcomes in the United States are a symptom of emerging authoritarianism is challenged by the fact that democracies with universal health care such as Belgium and the UK have higher per capita mortality rates, and many authoritarian countries have fared far better. The United States has not performed well in the pandemic, but the reasons for this are likely more complex than Snyder lets on.

For many in public health, most of Snyder’s ideas will be familiar—and indeed have the ring of common sense. The difficulty is imagining a pathway to a United States in which universal health care can be seen as a consensus social good instead of a reason to increase political polarization. Snyder’s method for making the idea of universal health care acceptable across political and ideological divides is twofold: He grounds his argument about its importance firmly in the institution of the family and at the same time asserts that access to health care is fundamental to the ability to act with freedom as individuals and as a society. For him, free universal health care is a humane recognition of the value of the health of others and a means to protect society’s freedom.

For clinicians, the book presents an opportunity for self-reflection in light of the author’s searing observations from the vantage point of his gurney in an exposed alcove of an emergency department, where his “body was at the mercy of the permanent distraction of doctors.” He noted that doctors often did not speak to him in full sentences or make eye contact; during a single lumbar puncture, a doctor was interrupted three times by phone calls. The medical records he brought from an outside hospital and offered to his doctors, which could have facilitated an earlier diagnosis, were ignored. He was not able to tell his entire story even once: Doctors scurried between computers to document in the electronic health record almost without pause. Graciously, Snyder never blames the doctors but the system instead.

Snyder has made a largely successful transition from writing specialist histories of the Holocaust and of central and eastern Europe to political commentary and polemic: His widely cited On Tyranny (2017) has featured prominently in ongoing debates on how to best protect democratic institutions against fascism. Nonetheless, the style of Our Malady was subtly but noticeably different from the smooth, deliberate layering of arguments found in the rest of Snyder’s oeuvre. The text jumps quickly between inchoate ideas: In the space of a few paragraphs Snyder pivots from commentary on obesity in the age of the internet to a critique of social media, discussion of the origins of the opioid crisis, and a call for more local news sources.

Readers may be concerned, as I was, by Snyder’s observation that he had only begun to recover cognitively from his illness. The lingering effects of illness, both in the sick and in their families, will be an ongoing feature of the pandemic that stays with us long after widespread vaccination. If we adopt some of Snyder’s wisdom in the next iteration of US health care policy, we may be better prepared as a society to care for the physical and mental anguish that persist. 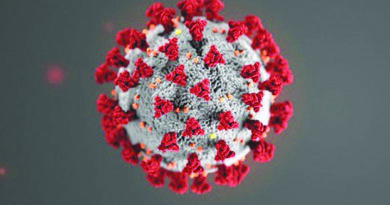 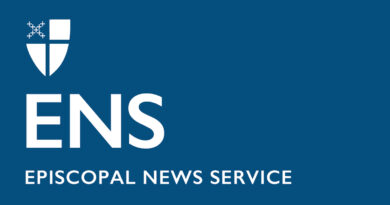 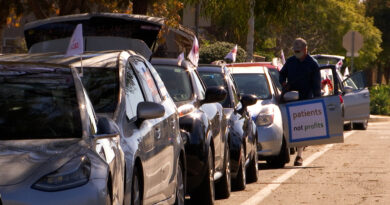