The Golden Globes offered a taste of what awards style may look like in 2021, with this year’s “hybrid” ceremony combining traditional red carpet moments with colorful at-home fashion.

While a handful of presenters were pictured arriving in person, at either New York’s Rainbow Room or the Beverly Hilton in LA, many of the night’s most talked-about looks were beamed in virtually or posted to social media prior to the show.

Among them was Rosamund Pike’s hot pink Molly Goddard gown and black platforms, which the British actress used to create her own red carpet moment on Instagram. Emerging from a hotel elevator, she performed a dramatic high kick before gliding down the lobby on her way to winning a best actress award in a motion picture musical or comedy for her performance in “I Care a Lot.”

Elsewhere, there were plenty of bright colors and escapist fun on display — from feathers to elaborate embroidery — as stars posted their glamorous snaps to Instagram and Twitter.

Some of the evening’s big winners also wowed with their stay-at-home fashion — not least Andra Day, who posted images of her herself in a silk dress from Chanel’s Spring/Summer Haute Couture 2021. She later won a best actress award for a motion picture drama for “The United States vs Billie Holiday.” Emma Corin, who took home a Golden Globe for her role as Princess Diana in “The Crown,” meanwhile looked fittingly regal in a custom Miu Miu gown with an Elizabethan-inspired ruff collar.

But none could match Cynthia Erivo for boldness. One of the best-dressed stars of last year’s awards season, she stunned in a futuristic neon green Valentino number with daring silver platforms.

Dan Levy posted images of his outfit to Instagram ahead of the ceremony, where his show “Schitt’s Creek” was named best TV series (musical or comedy). Credit: Courtesy Lewis Mirrett

Several stars impressed in elegant black eveningwear amidst the color — including hosts Tina Fey and Amy Poehler, who livestreamed from New York and LA respectively.

Laura Dern looked elegant with a Givenchy black pantsuit over a bra top, while Shira Haas, who was nominated for her role in “Unorthodox,” gained plaudits for a floor-length black Chanel gown, which she wore in pictures posted online prior to the ceremony.

While the Golden Globes red carpet often hints at what to expect at the Oscars — which have been pushed back to April — it’s unclear whether that remains true in this most unusual of award seasons. But Sunday’s ceremony nonetheless showed that, red carpet or not, stars are ready to turn up. 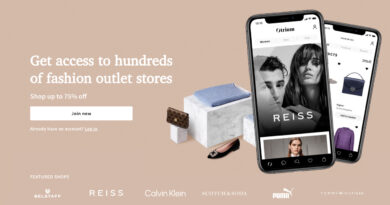 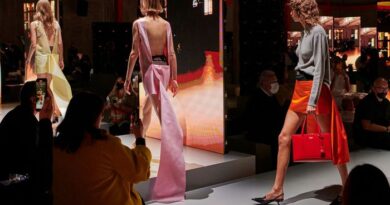