Paris is expected to overtake New York to become the number one city for relevance and potential in the global fashion industry by 2025, according to IFDAQ Global Cities Consumer IPX (Index). The likelihood is that London will rise to third place, surpassing Milan, the research says.

Paris is likely to reap the benefits of Brexit, including faster European Union integration and less competition from London, according to Frédéric Godart, co-CEO of IFDAQ and associate professor of organisational behaviour at INSEAD. “The competition with London was fierce, but now that London is out, Paris is going to be the de facto economic capital of the EU,” he says. New York is losing traction economically, partly because of the US-China trade war, says IFDAQ co-CEO Daryl de Jorí.

A further boost for Paris, defining it as the world centre of luxury, is the ever-increasing dominance of Paris-based conglomerates LVMH and Kering. Godart makes the comparison with Silicon Valley’s dominance of technology. “It’s a classical capitalist concentration dynamic, a clustering effect.”

The French capital’s central role seems assured. “Paris has the allure, the glamour and is the home base for two huge influential fashion groups that anchors it,” says Julie Gilhart, industry veteran and chief development officer of Tomorrow Consulting. “In my fashion history I’ve seen Milan, London and New York going up and down. The only thing that remains pretty solid is Paris.”

In 2019, the world’s 10 largest luxury companies, led by LVMH and Kering, increased their share of industry revenue, accounting for 51 per cent of all sales by the top 100 companies. The Covid-19 pandemic has since accelerated luxury polarisation, with high-performing companies weathering the storm while smaller players struggled. Analysts say these conditions provide fertile grounds for M&A, with market consolidation to the benefit of the biggest players. “Paris is still taking a lot of advantage from its last 20 years of mergers,” says de Jorí. Since 2000, LVMH and Kering between them have acquired or bought stakes in more than 10 leading luxury brands.

The rise of London over Milan is a less straightforward story and might reflect a progressive weakening of Milan’s status rather than a strengthening of London’s role, says Godart. While both cities are facing economic uncertainties ranging from the impact of Brexit to the economic hit of the Covid-19 pandemic, London has a more dynamic economy. “For London, it’s much more of a temporary [challenging economic] state and we believe it will soon recover, while Milan never really recovered from the economic crisis of 2008,” says de Jorí. “The Italian economy is too weak to build more traction and interest from brands.”

The Italian fashion industry and the country’s wealth are also distributed among different cities, including Florence, Venice and Rome, rather than concentrated in one place, as in London and in Paris. Godart says that the “concentration effect” is absolutely critical for the relevance of cities such as Paris, London, Tokyo and Moscow. Besides Italy, Spain, Germany and China are all examples of countries where power is shared between two or more cities.

David Gilbert, professor of urban and historical geography at Royal Holloway, University of London, who has researched the geographies of fashion, says London appears the most vulnerable of the four capitals because it derives its status not from the luxury brands based there but from its reputation as a source of edginess and innovation. “London, more than the others, depends on that churn of ideas. You can imagine another city doing the same things that London does in terms of creativity, innovation and avant-garde,” he says. Post-Brexit, rising prices and economic uncertainties could well squeeze independent designers out of the city.

The role of fashion weeks

In the IFDAQ Index, Paris, New York, London and Milan will maintain their dominance until at least 2030. But the Index predicts a gradual decrease in importance as other cities step up their influence — including Tokyo, Los Angeles, Shanghai and Moscow.

A key factor is the likely continuing global impact of the four cities’ fashion weeks, says Godart. These will endure despite current industry debates over the fashion calendar and the future of fashion weeks. “To some extent they will evolve: there will be more diversity and other fashion capitals, but you don’t change institutions in one year,” Godart says. He notes that the four fashion capitals retain the necessary infrastructure and organisational experience — as well as the luxury brands — to trigger the most interest on a global scale.

Gilbert says that in the early 2000s it was commonly anticipated that the future fashion order would shift towards cities such as Shanghai, Mumbai or São Paulo. Instead, the traditional order has reasserted itself over the past 20 years. “Those fashion capitals are locked in symbolically in a way that almost becomes self-fulfilling,” he says. “As long as the global elite looks at those places as markets with elite status, that stays in place.”

Gilhart is wary of making long-term predictions, particularly after the Covid-19 pandemic has led to industry reevaluation of the structure and meaning of fashion weeks. “Covid has made us rethink everything, including what is valid about fashion week and what it’s not,” she says,

She adds that cities that might seem less relevant now could become important again by developing new formats or launching new trends. Shanghai is well positioned to become a force thanks to an abundance of talent and creativity. Launched in 2001, Shanghai Fashion Week has steadily increased its relevance on the global fashion calendar, attracting international buyers with shows that mix new local talents and international brands eager to tap into the Chinese market. The showcase was the first to return as a largely physical event in October 2020 after the Covid-19 pandemic disrupted the international show calendar. “We will see a time when New York, London, Milan, Paris and Shanghai will be equally as relevant,” Gilhart predicts.

Moscow may be a significant city to watch. It is forecast to grow in importance for the fashion industry, surpassing Shanghai in 2026, according to the IFDAQ Global Cities Consumer IPX (Index). De Jorí says the core reasons why Shanghai will plateau in the Index include a decrease in Chinese consumer purchasing power as population growth slows as well as likely slower growth patterns both in salaries and in GDP.

The concentration of wealth and consumption in Moscow will boost its rise in prominence. In Russia, the capital city accounts for more than 70 per cent of luxury consumption, contrasting with China where luxury consumption and wealth are spread among many first-tier cities. Anna Lebsak-Kleimans, CEO of Fashion Consulting Group Russia, adds that luxury brands rarely open stores beyond three cities in Russia — Moscow, Saint Petersburg and Sochi.

European and American luxury brands dominate the Russian luxury sector. Moscow has hosted its own fashion week, Mercedes-Benz Fashion Week Russia, since 2000, but local fashion businesses remain small and mostly focused on the local market, says Lebsak-Kleimans. But she notes that segments of the local fashion market, such as modest wear and eco-friendly underwear, have developed fast in the last six years, boosted by direct-to-consumer e-commerce and more government support for local industries after US sanctions imposed in 2014.

To receive the Vogue Business newsletter, sign up here.

More from the same author:

Fighting fakes in China: A record payout and a new era 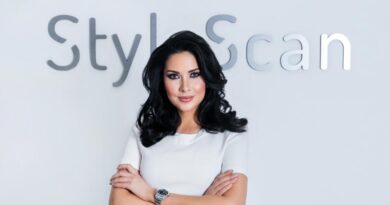 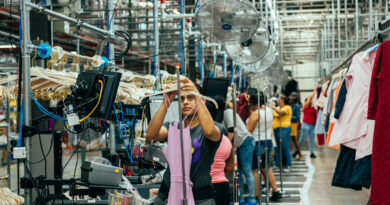 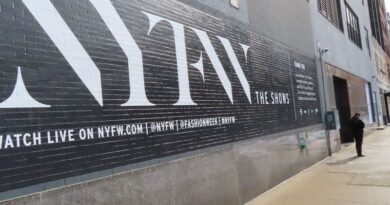 New York Fashion Week will be more democratic, thanks to the pandemic – AdAge.com