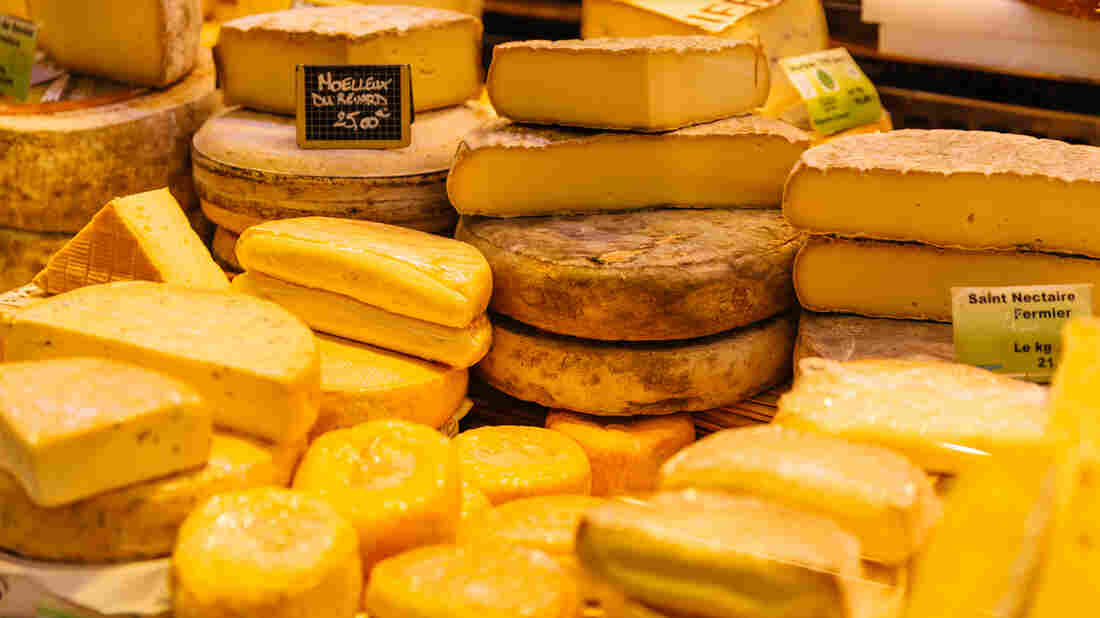 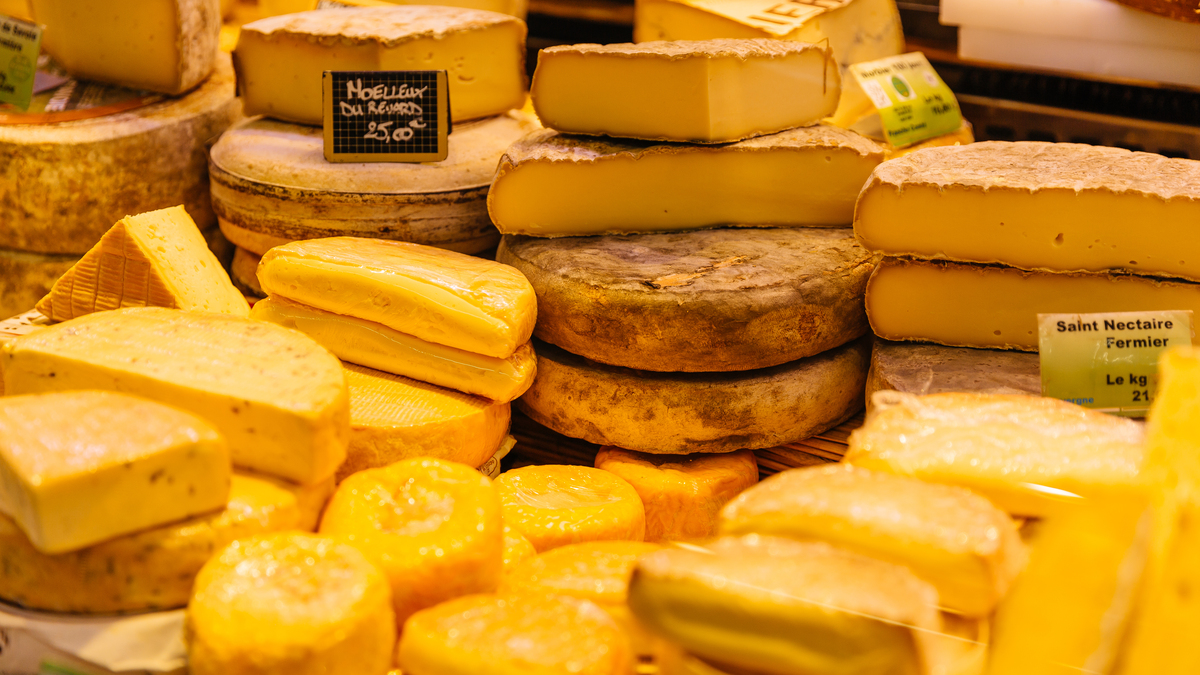 Food science writer Harold McGee was in the middle of writing Nose Dive, his book about the science of smell, when he woke up one morning and realized that he couldn’t smell his own coffee.

Loss of smell has since become associated with COVID-19. In McGee’s case, it was the byproduct of a sinus infection. McGee remembers feeling panicked.

“I have friends in the kind of clinical side of taste and smell research. And so I immediately contacted them to find out what I could do and why this had happened,” he says. “And they basically said, ‘You’re going to have to wait and see.’ “

Over the course of a few months, McGee’s sense of smell gradually returned. But he still remembers what it was like to live in an odorless world.

“It’s the kind of thing where you don’t notice something until it’s gone,” he says. “I spent less and less time cooking. There was no point in going out to restaurants because I wasn’t really going to enjoy it.”

McGee’s new book is about how smell is essential to our sense of taste, why things smell the way they do and the ways different chemicals combine to create surprising (and sometimes distasteful) odors.

“One of the great pleasures of delving into smells in general was discovering over and over again that things that we enjoy in foods are actually found elsewhere in the world,” he says. “And in as unlikely places as cat pee and human sweat, for example.” 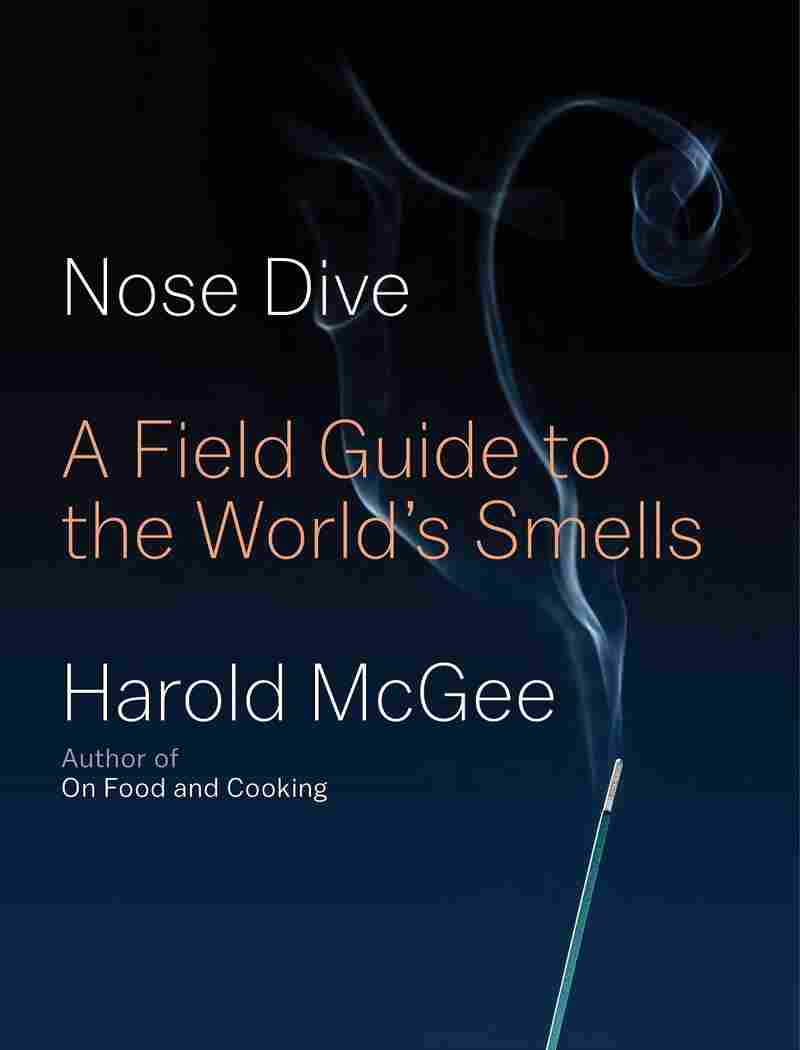 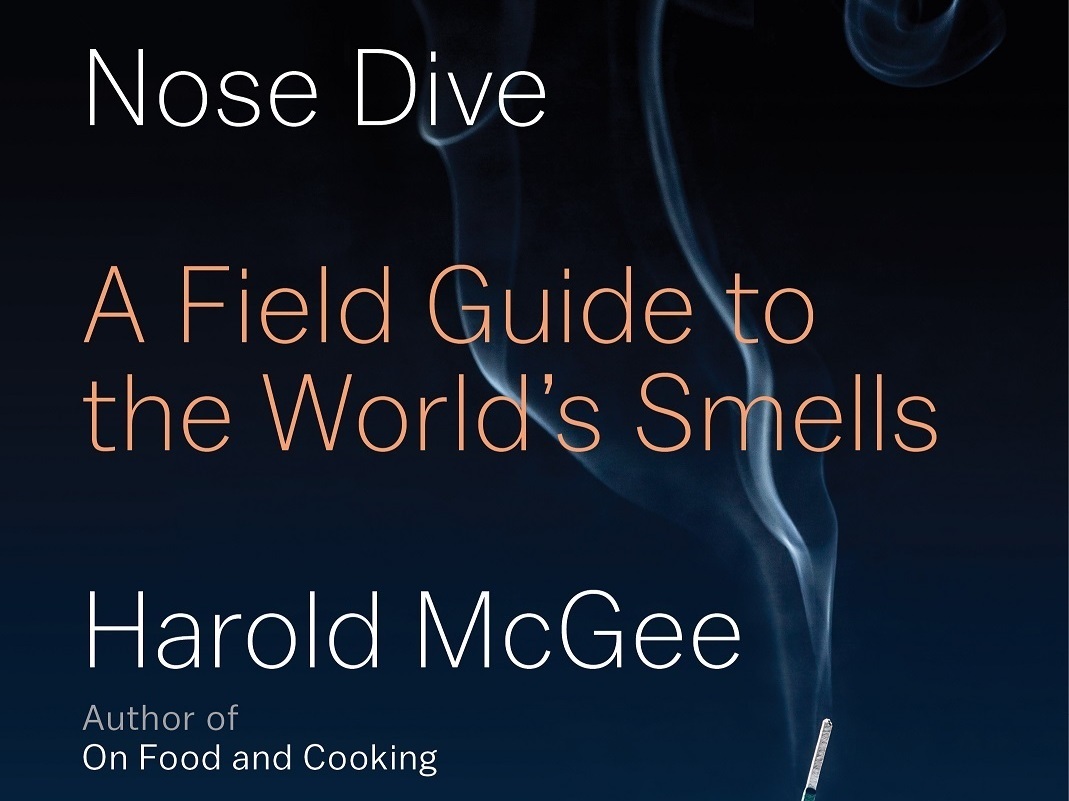 On why cooking creates an aroma

It does so, in fact, by kind of doing what it is that microbes are doing in fermented foods and inside us. It’s breaking down these large, complicated molecules like proteins and fats, which are too big to have an aroma because they’re not able to fly through the air and reach our nose. Cooking — using heat, energy — breaks apart those large molecules into smaller ones, and those smaller ones are what we experience as the typical aromas of cooking foods.

On why smell is so important in tasting food

It turns out to be the dominant sense in our appreciation and perception of food. … What we call “flavor” — the overall quality of a food, [the] sensory quality of food — is built of several different sensations. One of them is taste on the tongue, which is limited to about a half dozen to a dozen different sensations: sweet, sour, salty, bitter, savory, things like that. And then the sense of smell is actually able to distinguish among hundreds, thousands, maybe many more than thousands of molecules. And so the distinctiveness of particular foods really comes from our perception of their aromas — their smells — and not so much their taste.

The reason that there is that kind of crossover is that both of those materials –the cheese and the vomit — contain a number of different volatile molecules that we can smell. … One of the most prominent in both of them is butyric acid, which is a breakdown product, a small fragment of ordinary fats that we find in foods of all kinds — especially cheese — which is very rich in animal fats. So when cheeses are fermented by microbes, those microbes, in the process of the fermentation, break down some of the animal fats, the … milk fats into butyric acid. And that’s an element of flavor which actually becomes stronger and stronger with time.

There’s also butyric acid in vomit, because the stuff that we have upchucked has been in our stomach — we’ve been breaking it down into its components, and butyric acid is a prominent component in almost everything we have. That echo is from that molecule and maybe a few others, and our reaction to that molecule is dependent on the context. If we’re sitting down at a table and cutting ourselves a piece of cheese, it’s a nice kind of accent in the flavor of that cheese. If we’re feeling really sick and staring at a toilet, then it’s a very different context.

On why grass-fed beef tastes different than grain-fed beef

It’s absolutely true that the foods that animals eat in order to grow affect the way they taste when we, in turn, eat them as food. And in the case of grass and grain-fed animals, the difference is in the kinds of fat that they take in. So it’s not that we’re actually tasting grass or tasting grain when we detect the difference between the two. It’s actually the fact that the fats — the oils in grass — are very irregular molecules, and they tend to be broken down in the animal into particular fragments that are very characteristic of those original fats and oils.

When we feed animals with grain, we give them a very different diet. The fats and oils in grains are very different from the fats and oils in the grass. The other thing about a grain diet is that it’s a much richer diet, of course, than pasture feeding. And so the tissue is much fattier, the meat is much fattier, and we’re tasting predominantly the fats from the grains. When we have grass-fed beef, it’s much leaner. They’re just different, and different people in different countries have different preferences. We in America tend to prefer the flavor of grain-fed beef because that’s what we’ve been used to for decades now. But in other parts of the world, in South America, where a lot of beef is raised, and in Europe, the flavor of grass-fed beef is much preferred.

On fisheries experimenting on what to feed fish

They are, in fact, trying out better ways to make fish, in a sense, taste fishier because aquaculture is becoming more and more important for sparing the wild populations in the oceans. Many of the animals — many of the fish — in the oceans eat other fish. And so it doesn’t really do that much good if you’re going to culture fish, raise fish outside of the oceans or in confined areas in the oceans, but then go ahead and feed them all the fish that they would have been eating from the rest of the ocean. So they’re trying to find feeds that will be more sustainable in aquaculture, and that usually means plant-based materials. So the trick is to feed the fish with materials that will end up giving the fish the same fragments that we can smell and taste that having a wild diet would — and that turns out to be a challenge.

On the chemical similarity between cat urine and some foods

Animals use small molecules, smells, to communicate with each other to attract or to repel. In the case of cats — male cats in particular — to mark their territories, they’ll put into their urine a particular molecule that in and of itself is too large to have a smell. But once it’s released, microbes attack that larger molecule, break it up into smaller molecules. It’s those smaller molecules that have the effect of really making cat urine smell as strong as it does. So it’s a kind of natural time-release system. The cat releases the precursor to the smells and then the microbes release the smells from the precursors. …

Sulfur atoms are really distinctive, give molecules very strong smells, at least as we mammals perceive them, and so these molecules in cat urine are rich in sulfur. It turns out that sulfur molecules are also important in many, many foods — meats in particular, roasted meats especially, but also tropical fruits, fruits that we think of as having kind of exotic flavors, exotic aromas, things like passionfruit, for example, and, less exotic than passionfruit, blackcurrants. You can try this at home. Get some black currant jelly and then taste it and see if you don’t get a kind of — not a catty smell, but an unusual smell for a fruit. So these sulfur compounds found in cats, also in human sweat, give another layer of aroma, another layer of interest to a number of foods that we would never associate with those things.

On why pavement in the city smells after rain

It has to do with the chemical difference between water and the things that have smells. So it turns out that these small molecules that trigger our sense of smell are, by and large, not friendly to water and vice versa. So you know how when you make an oil and vinegar dressing, you have to work hard to integrate the oil in the water because they naturally separate? Smell molecules are, generally speaking, much more like oil than like water. So if there’s water around, they tend to go in the other direction. And what’s happening with what the scientists call “wet up” in nature or on a pavement or actually even in our mouths when we have something dry — when we eat something dry, including chocolate — is that the moisture actually drives the volatile molecules, the smell molecules, out of the dry material that it’s coming into contact with. So we get this burst of aroma that simply wasn’t evident before.

Lauren Krenzel and Thea Chaloner produced and edited this interview for broadcast. Bridget Bentz, Molly Seavy-Nesper and Deborah Franklin adapted it for the Web. 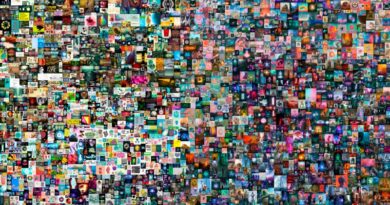 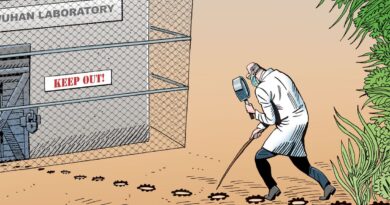 Science Closes In on Covid’s Origins – The Wall Street Journal 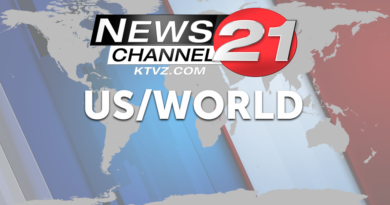