Baylor University is known for its Christian culture, but how does that play into sports? Athletes spend their time at Baylor giving their all to succeeding at their sport, but some are also actively fighting to keep their faith first.

Baylor volleyball alumna Braya Hunt said she knows firsthand to not just integrate her faith into her sport, but to have God come first to everything happening on the court. Hunt had a special experience as her coaches instilled a team culture that they themselves were not in charge, but Christ was.

”The staff used to always say ‘We’re not the head of this team, Christ is,’” Hunt said. “We just had a cool team culture that it wasn’t about [us], and I think that’s a lot of what it is to be a Christian.”

Hunt said it was already a God-thing that she was on the team because the coaches didn’t even come see her play in high school, they just took a chance on her. She knew then that her volleyball career was not going to be about her. Hunt saw God use her experience of striving to being a coachable player, humble teammate and caring roommate to her fellow teammates to mold her into the Christian she is today.

“[People] don’t have an opportunity like [Baylor] … where your community … is right around the corner,” Hunt said. “And that just gets amplified even more when you’re on a team.”

Hunt said God used her time on the volleyball team to grow her into looking more like Christ. Hunt said during her junior and senior year, her main goal was to use her time on the team to make Jesus known to the lost. She saw teammates profess faith, baptize one another and live out what it means to be a Christ-like community.

“God can use a sport … to have such eternal significance,” Hunt said.

Hunt isn’t the only person who saw God use a sport to grow their faith. Joshua Ehambe, a second year student at Truett Theological Seminary began ministering during his time playing football for the University of Kansas. Although football wasn’t an outlet to go pro for Ehambe, instead it turned out to be one step to what God had next for him in ministry.

Ehambe said his grassroots in sports ministry are in Kansas where he began finding ways to minister to his team. During his time there he would help start a huddle for Fellowship of Christian Athletes to encourage group bible studies for his teammates and other athletes on campus.

His time in sports though was not void of challenges. A series of consecutive trials left Ehambe questioning his faith. He was raised to believe that if he had faith, God would move mountains — but what if God didn’t move mountains? Questioning God during his hard seasons while also playing football led Ehambe to finding answers about who God was and ultimately shaped him into who he is today.

“I’m a firm believer that trials shape you into becoming who God called you to be,” Ehambe said.

Ehambe’s goal after college was to go into athletic development to change things for athletes from marginalized and diverse backgrounds. He wants them to know that professional sports is not their only outlet for success. Ehambe said faith, family and education are his core values that fuels him today. When he had the opportunity to come to Baylor, and consequently defer the start of his football career, Ehambe was at peace with his decision as he said it was God’s plan.

Behind every faithful athlete is usually an influential mentor. Baylor baseball chaplain and Recovery Support Coordinator for the Beauchamp Addiction Recovery Center Stanton Corley, is no stranger to pouring into athletes as he said sports becomes a catalyst for their growth.

Corley played basketball for Appalachian State University and came to Baylor to pursue a graduate degree in sports ministry at Truett. He was passionate about discipleship so he went to the Student Life Center his first week as a graduate student to play basketball and get to know college athletes. This would be one of the beginning moments of Corley’s ministry at Baylor as he met a baseball player looking for mentorship.

Corley said it’s no coincidence that he played at the SLC with those guys that day as it would begin his journey of discipleship with the baseball team. It led to him becoming their chaplain and Corely feels it was his reason for coming to Waco.

“I’m here looking to connect with student athletes … that’s what I’ve been called to do,” Corley said. “My wife and I left everything in Mississippi to come to Waco.”

Corely’s discipleship and mentorship has shown to be fruitful in his ministry at Baylor as he pushes athletes to pursue God and use their sport as a medium to worship God. One of the challenges for Corley is that athletes often separate “sacred” from “secular.” Activities like prayer and Bible study are sacred to them and times to worship God. But there’s a misconception that baseball, or any other sport, cannot be used to worship God as well.

“What I try and minister to the players … is when you go out there to practice today and play today … you’re going out there to worship,” Corley said. “What I’m convinced that it does is makes athletes a better player … ‘No matter how I perform, Jesus loves me.’”

Ehambe, Hunt and Corley were all asked what their encouragement would be, not only for an athlete but for anyone, and all of them used the moment as an opportunity to display the Gospel.

“God loves you,” Ehambe said. “Nothing can separate you from the love of God.”

“Sports can’t be and aren’t the more important in your life,” Corley said. “But I think it’s the most important medium to display the goodness of God.”

While Hunt. Ehambe and Corley all have different backgrounds they all believe God used sports to change their lives and grow their faith, and along the way, they got to invest in other people’s faith as well. 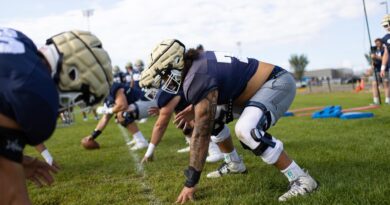 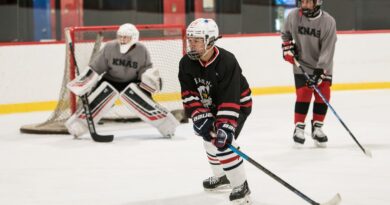 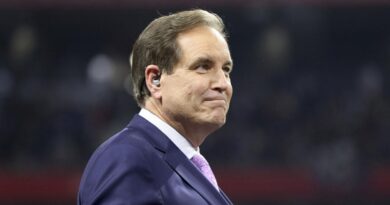