In research published Wednesday in the journal Nature, scientists reported that they’ve made the first detection of almost-ethereal particles called neutrinos that can be traced to carbon-nitrogen-oxygen fusion, known as the CNO cycle, inside the sun.

It’s a landmark finding that confirms theoretical predictions from the 1930s, and it’s being hailed as one of the greatest discoveries in physics of the new millenium.

“It’s really a breakthrough for solar and stellar physics,” said Gioacchino Ranucci of the Italian National Institute for Nuclear Physics (INFN), one of the researchers on the project since it began in 1990.

The scientists used the ultrasensitive Borexino detector at the INFN’s Gran Sasso particle physics laboratory in central Italy – the largest underground research center in the world, deep beneath the Apennine Mountains, about 65 miles northeast of Rome.

The detection caps off decades of study of the sun’s neutrinos by the Borexino project, and reveals for the first time the main nuclear reaction that most stars use to fuse hydrogen into helium.

Almost all stars, including our sun, give off huge amounts of energy by fusing hydrogen into helium – effectively a way of “burning” hydrogen, the simplest and most abundant element and the main fuel source in the universe.

In the case of the sun, 99 percent of its energy comes from proton-proton fusion, which can create beryllium, lithium and boron before breaking them down into helium.

But most stars in the universe are much larger than our sun: the red-giant Betelgeuse, for instance, is about 20 times more massive and about 700 times as wide.

Large stars are also much hotter, which means they are overwhelmingly powered by CNO fusion, which fuses hydrogen into helium by means of atomic nuclei transformed in an endless loop between carbon, nitrogen and oxygen.

The CNO cycle is the dominant source of energy in the universe. But it’s hard to spot inside our relatively cool sun, where it accounts for only 1 percent of its energy.

The giant Borexino detector looks for neutrinos given off during nuclear fusion at the sun’s core.

Neutrinos barely interact with anything, and so they are ideal for studying distant nuclear reactions — but they are also extremely hard to detect.

Trillions of neutrinos from the sun pass through the Borexino detector every second, but it detects only dozens of them each day by looking for faint flashes of light as they decay in its dark 300-ton water tank.

Ranucci said the Borexino detector has spent decades measuring neutrinos from the sun’s main proton-proton chain reaction, but detecting its CNO neutrinos has been very difficult – only about seven neutrinos with the tell-tale energy of the CNO cycle are spotted in a day.

The discovery required making the detector ever more sensitive over the last five years, he said, by shielding it from outside sources of radioactivity so that the inner chamber of the detector is the most radiation-free place on Earth.

The result is the only direct sign of CNO fusion ever seen anywhere: “This is the first evidence that the CNO cycle is at work in the sun and the stars,” Ranucci said.

Gabriel Orebi Gann, a particle physicist at the University of California, Berkeley, called the discovery “a major milestone.”

“This discovery takes us a step closer to understanding the composition of the core of our sun, and the formation of heavy stars,” she said.

Orebi Gann is the author of a scientific article in Nature about the new study, but she was not involved in the research.

Neutrinos are produced naturally in nuclear reactions and pass through most matter without effect, so they can be used to probe otherwise unreachable regions of the universe, she said.

Because of this, several neutrino detectors are watching in darkness for their fleeting presence around the world, including the IceCube observatory at the South Pole and the Super-Kamiokande detector in Japan.

It’s theorized that neutrinos from the Big Bang could account for some of the universe’s mysterious “dark matter” – vast invisible halos around stars and galaxies that make up about a quarter of its mass.

Orebi Gann said an asymmetry between neutrinos and their antiparticles could also explain the apparent dearth of anti-matter in our universe and its dominance of normal matter – in other words, just why there is anything here at all, rather than absolutely nothing.

Tom Metcalfe writes about science and space for NBC News. 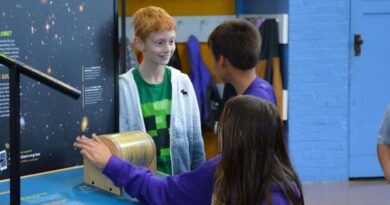 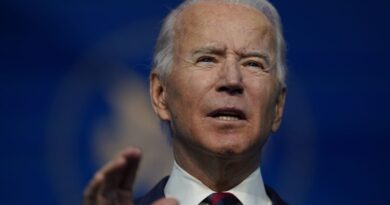 Biden says his advisers will lead with ‘science and truth’ – WIS10