Innovive Health had been known to clients and payers as Nizhoni Health for nearly two decades. As it heads into a new brand stage, it wants the transformation to reflect the unique type of home-based care it offers.

The Medford, Massachusetts-based provider serves complex behavioral health patients, who often have comorbidities, in their homes. Its offerings include skilled nursing, general home health and therapy.

Its patients aren’t the run-of-the-mill home health seniors. Instead, they are more likely to be younger individuals with acute mental illnesses — the kinds of patients that tend to account for a large part of states’ health care spending.

Caring for these patients in the home is better for the patient, and much better from a monetary perspective as well, Innovive Health’s CEO Joseph McDonough told Home Health Care News.

Home-based care gained wider recognition for its worth during the COVID-19 crisis. Keeping patients cared for, outside of facility-based settings, was extremely valuable.

It was arguably more valuable, however, for these patients with complex behavioral health needs. As state agencies and support systems shut down, Nizhoni — now Innovive — continues to provide services to its clients.

“I think the pandemic has really shown that the home is where care is best delivered,” McDonough said. “And it’s the lowest cost care environment. I think the policymakers, insurance companies and payer sources are more aware of it, but we’re still in the midst of fighting that [battle]. That real kind of reform and change hasn’t really caught up with the recognition of the effectiveness of this type of service yet.”

There’s a clear market for this type of work. As McDonough explained, most — if not all — states are dealing with mental health crises. These patients may represent just 5% of a given health care population, but account for up to 50% of the costs overall.

Convincing policymakers and payers of home health care’s worth — ultimately to get paid more — will have to come from within. That’s why Innovive is relying on data to show off its value to the health care ecosystem.

Because of its non-traditional work, it has a non-traditional payer mix. The company does receive some money from Medicare, but gets most of its funding from MassHealth, the state program that combines Medicaid and the Children’s Health Insurance Program (CHIP). Then, in addition, it deals with accountable care organizations (ACOs) in the state.

“We still have a long way to go, and the industry especially has a long way to go, to really be able to collect and aggregate effective data to improve outcomes,” McDonough said. “One of the hurdles we face is really trying to be able to share data with payer sources to fully understand the continuum of what these patients face.”

For instance, when patients begin working with Innovive, they can collect all sorts of meaningful data in an ethical way. But the provider is still unable to get the full picture of these patients, in terms of how many times they’ve been hospitalized and how often they’ve been to the ER.

“We have a lot of anecdotal data that shows our services and our program is quite effective for this population, but we don’t yet have that full transparency with the payers,” McDonough said.

But because Innovive is aware of its worth, its goal is to reach more patients, and that means expansion is one of its primary focuses in the near-term future.

With expansion outside of the state of Massachusetts, that would mean a whole new set of payer sources. That’s why, as it does try to grow, it’s also keeping track of its own data to show how it effectively handles these patients.

“These patients, they’re currently not really being truly managed in most parts of the country,” McDonough said. “So we’re really trying to fine tune our program in Massachusetts, but we’re ready at this point to start becoming a regional company, and then — ultimately — a national one.”

In Innovive’s view, these patients are severely underserved, so while expansion of course bodes well for the company, it also will fill gaps in care across the country — and reduce costs as well.

It’s likely that behavioral health will become a larger focus for home health providers in the future, and Innovive is sort of a trailblazer in that sense. For many of the patients they serve, adequate primary care is just not accessible.

“It’s really a challenge,” McDonough said. “And I think home health potentially could be the vehicle that could address that. So there’s really a lot of opportunity that we’re looking at as far as being able to create new vehicles to better serve this population.” 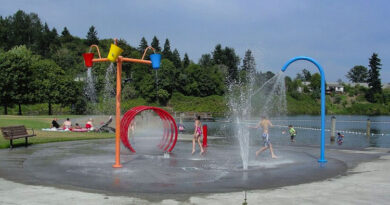 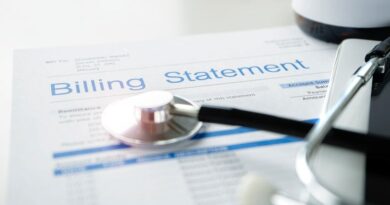