PITTSFIELD, Mass. — A local wellness company is being featured nationally by the biggest shopping name in the game.

Shire City Herbals’ product Fire Cider, was selected to be featured on an Amazon small-business gift guide this holiday season.

The guide, which is part of the “Meet me on Amazon” campaign, is comprised of almost 2 million small and medium-sized businesses that are women, Black, and military-owned.

It launched last week and will continue until the new year.

“I think the additional exposure is going to definitely create a lift in sales and perhaps have some additional out of stocks, we will see,” CEO Kim Allardyce said.

“But most important to our brand is just brand awareness, the sales definitely matter and they make a difference but it’s also relevant for exposure because we won’t get additional sales if we’re not exposed to additional people.”

Fire Cider was on fire for Prime Day earlier this year when it sold out all 600 bottles available before the three-hour sale window closed.

This year, the company is staged to do $1 million in Amazon sales. Comparably, it generated about $9,000 in yearly sales four years ago when Shire City Herbals products officially began selling on the platform.

The company is feeling confident about handling a possible influx of sales, Allardyce reported, even during the unprecedented circumstances of the pandemic.

“We have been really lucky in terms of staff retention and staff onboarding, we haven’t thankfully had any major gaps in our employment needs, which I know is a little bit unique to what I think a lot of local businesses are experiencing,” she said.

“So far, we have all of our bases covered, but if this exposure generates a sizable increase in demand, then we will be needing to onboard even more folks, but we are fully staffed at the moment and have successfully been filling vacancies with, knock on wood, no issues.”

This opportunity was brought on by Amazon Launchpad, a program for small and emerging businesses that the herbalists joined last year. Shire City Herbals submits products for various different features and were selected.

“We joined Amazon’s Launchpad program about a year ago, now, maybe just a little over a year ago, and through that platform, we’ve had access to a lot of opportunities that just as a regular seller, we didn’t get to see before,” Allardyce explained.

“Launchpad is for small businesses that are more or less emerging brands, at the time we were selected and invited to participate.”

For those who have never experienced the flagship product Fire Cider, it is a gut health tonic made with a base of raw apple cider vinegar, ginger, horseradish, onion, black pepper, and garlic. To add flavor, wildflower honey, habanero peppers, turmeric, and citrus are added to the mix.

It can be taken as a shot, mixed with another liquid, or used for recipes.

The mixture is started with a “mother,” a living, healthy bacteria base that mixes with oxygen to make apple cider into apple cider vinegar. All of the products follow a “food as medicine” approach with each ingredient having functional properties.

The company also has an elderberry tonic, which is its first non-Fire Cider product. The tonic is crafted similarly with raw produce that is steeped for four weeks and then pressed to remove solids.

“There is a bit of heat that comes from ginger, but by no means measures to the heat of habanero and horseradish,” Allardyce said.

Shire City Herbals also has a cleanse product launch on the horizon.  Apple cider vinegar is steeped with ginger, lemon, cayenne pepper, and blended with honey to create the tonic. It is then mixed with water and taken four times a day over two days.

The cleanse will come with a program and will be available in a bundle with a 12-ounce Klean Kanteen co-branded water bottle on Amazon.

The gut health enthusiasts first opened for business over a decade ago and originally began with wholesale as a primary sales driver. About five years ago, that started to shift.

For the last four years, Allardyce and her team have worked to overhaul the sales consumer platforms, build the brand, and take ownership of how the products were being represented on Amazon.

Shire City Herbals implemented a minimum advertised pricing (MAP) policy that dictates the cheapest price a distributor or retailer can advertise a product for outside of the store. This is to uphold the integrity of pricing on the platform and supports local partners.

Fire Cider and the other range of products will be sold at this year’s Holiday Shindy, a one-day event being held on Dec. 11 from 10 a.m. to 5 p.m. at Zion Lutheran Church on First Street.

The event was closed last year and Allardyce said she is excited to participate this year, as it has historically been a flagship selling event for Fire Cider.

“We’re really well-positioned for a strong 2022,” she said. “And we’re looking forward to just being on the heels of I think, what was hopefully the worst of the pandemic.” 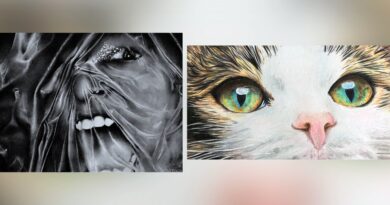 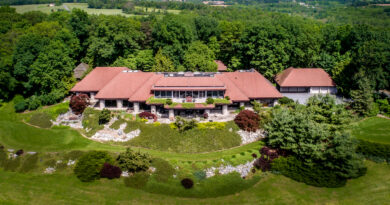 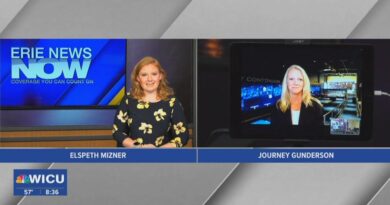