Finesse is turning that fabulous pair of pants you saw on an Instagram influencer into a limited-run fashion collection. It also now has $4.5 million in pre-seed and seed funding to drop new clothing and accessory items faster.

Ramin Ahmari, founder and CEO, is behind the Los Angeles-based startup which started in 2019. A queer nonbinary person of color navigating uniquely different identities, Ahmari used fashion to camouflage and fit in when he needed to.

He is blending that experience with knowledge he gained as a computer science major to create a software platform designed to predict and streamline production and manufacturing of the latest fashion trends.

“I call it ‘Zara meets Netflix,’” he told Crunchbase News. “We all love fashion and the beauty industry, but fashion is a huge world largely untouched by technology. There are now new trends in efficiency and data, and Finesse is all about using data to reduce the tons of waste in fashion.”

Finesse patterns its styles from proprietary algorithms that scan a variety of sources across the web, such as social media, Google Trends, online magazines and forum communities. It enables the company to turn “fast fashion” on its head by taking the guesswork out of knowing what fashion items to produce, ensuring the most in-trend are created.

Fast fashion describes designer clothing that moves quickly from the catwalk to stores. However, Ahmari said it often leads to brands blindly mass producing clothing to fill shelves and contributes to an estimated 13 million tons of textile waste per year.

The company is doing its part to reduce the amount of clothing items going into landfills by only producing pre-estimated batches of styles. It is also able to cut production time to 25 days using smart data and 3D development, Ahmari said.

Finesse is now armed with a round that includes $375,000 in pre-seed and $4.2 million in seed for a total of $4.5 million. Backers include a group of investors such as Alex Roetter, Ali Diab, Hoxton Ventures, MaC Venture Capital, Mango Capital and Sam Teller.

Marlon Nichols, managing partner at MaC Venture Capital and Finesse board director, said he met Ahmari and loved both his background and Finesse’s concept.

“We look for areas where there is not much technology innovation, and if you apply technology, you see a resurgence or disruption in the space,” Nichols said in an interview. “Finesse is leveraging data, as well as influencers, into a convergence of team, skill set, product and impact. Instead of guessing and mass producing, they are using real data to produce what they know will sell.”

Ahmari intends to use the funding to build out his team, which now includes Andrea Knopf, a former REVOLVE executive who is Finesse’s vice president of product and is responsible for innovating on product and a sustainable supply chain. The company will also be refining its algorithms so it can reduce production time to under 25 days, as well as expand its voting infrastructure for users to have more say in products and to create a virtual storefront experience.

Finesse launched at the end of October and has already sold out on several clothing and accessory drops.

“We have seen organic channels doing well, so we will double down on that, and we know what influencers we want to work with,” Ahmari said. “Most of our projects are in the pipeline for Q1 and Q2.”

Stay up to date with recent funding rounds, acquisitions, and more with the Crunchbase Daily.

Doorvest wants to create a modern way for people to own high-yield rental homes completely online, according to CEO Andrew Luong.

If the last decade was focused on the growth of lifestyle-enablers for the wealthy, the next decade will see the rise of founders who have figured…

We asked five venture capitalists who invest in fitness apps and platforms, how they go about evaluating potential investments. 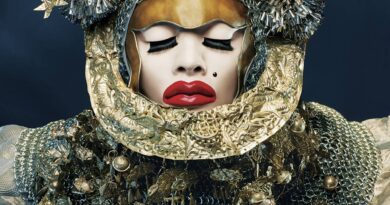 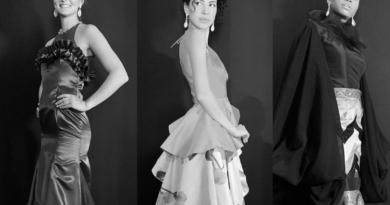