Technology has become such a significant part of our daily lives. In fact, the world as we know it would struggle without it. The increased use of technology has improved many aspects of our lives, but it has also brought new issues to the surface. As a marketing agency owner that is engulfed in tech, I try every day to uphold the responsibility of using technology ethically to distribute messaging. However, misinformation and misuse of data threatens to undermine our democracy. How can we curb these issues and ensure that tech is being utilized to help us, not hurt us?

Corporations and tech companies need to strive for the circulation of factual information and maintain transparency to users. Consumers should be aware of how companies use and share their data. If a company’s Terms of Service fails to deliver proper security measures, there should be harsh consequences. Consumer boycotting is not enough. Cambridge Analytica’s violations against millions of Facebook users is a prime example of why consumers should be concerned about the security of their digital information. On a larger scale, what can we do about harmful data and misinformation?

When discussing the complex relationship between democracy and technology, the Washington Post’s slogan came to mind: “Democracy Dies in Darkness.” It is as chilling as it is relevant. In an article in the Washington Post, they explain that the phrase was often used by Bob Woodward, who originally heard it from ‘“Judge Damon J. Keith, of the U.S. Court of Appeals for the 6th Circuit, who ruled in a pre-Watergate era case that the government couldn’t wiretap individuals without a warrant. In his decision, Keith apparently coined a variation on The Post’s motto, writing that “Democracy dies in the dark.”’ The phrase is a continued call to action for journalists, news broadcasters, government agencies, corporations and individuals alike to fact check and call out propaganda. We need to challenge ourselves and reexamine the sources we follow.

In January, Apple removed Parler, a right-wing social media platform, from its app store and Amazon and Google Play quickly followed suit. According to an article in POLITICO, Apple gave Parler 24 hours to moderate users’ hateful and violent content. The following day, the app was pulled from the App Store. “Parler has not upheld its commitment to moderate and remove harmful or dangerous content encouraging violence and illegal activity, and is not in compliance with the App Store Review Guidelines,” Apple said in a statement. Apple’s actions cannot be misconstrued as censorship, since Apple gave Parler the opportunity to adhere to its guidelines instead of immediately taking it down. The tech company upheld the responsibility to stop the spread of hate and fake news.

In the past six months especially, U.S. politics has demonstrated how important it is for journalists, PR firms, communications strategists and marketers to tell and share factual information and news on the internet. They have a moral obligation to promote democracy and unity by protecting the First Amendment as well as the truth. I recognize that people have incredibly polarizing viewpoints on politics today, but we need to stop the spread of misinformation and hate through tech in order to keep our country united.

Democracy is the light of our country and something we have fought to protect for over 200 years. However, we do not have enough legislation that provides checks and balances on tech companies and corporations. To protect the best interests of the public, we need to put more pressure on our representatives to pass legislation that protects our data and combats misinformation.

Our democracy depends on it.

Kristelle Siarza is the owner of Siarza Social Digital and is a member of the board of directors of the New Mexico Foundation for Open Government (FOG).  This essay is part of FOG’s Democracy Project  focused on transparency and accountability as the basis for democracy. Accountability ensures that government is held responsible to the citizenry; transparency gives the public the right to access government information and requires that decisions and actions made by the government are open to public scrutiny and occur in the light. 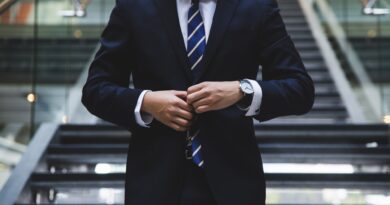 Comments on: Is education technology unintentionally preparing students for the world of work? – Education Technology 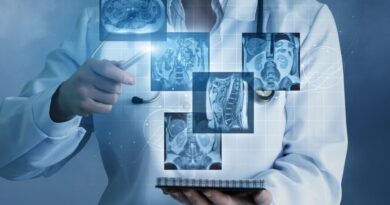