From BTS to Harry Styles, we have seen the growth of the term “gender-fluid” fashion. But how does this translate to our day-to-day lives and how are these artists empowering the future of fashion to follow in the footsteps of gender-fluidity?

The way in which we choose to dress is a reflection of society’s standards of beauty. When combining elements of menswear and women’s wear, we rarely realize how it is an exploration of one’s identity. Although there are striking anatomical differences between menswear and women’s wear, there are also normative differences. In a previous article, I explored how difficult it is for women to assert themselves when using pantsuits or “power dressing.” In this article, I am going to explore the other side of the debate, on why the future of fashion also lies in allowing men to explore themselves in women’s wear, androgyny, and the in-betweens.

I often get asked, “how do you define beauty?” My clear response to that question has always been: Well, how do you undefine it? For one, there has always been this clear divide between female and male styles. As a gender advocate, it made me realize over the course of studying the issue the ideals that construct femininity and masculinity.

Historically, high heels were originally invented and worn by men. A man’s suit used to have buttons on the left side because it will make it more practical for them to carry weapons during wartime. I could understand the utility of it back then, but not entirely the relevance of it today. In a concept coined by American psychologist, Janet Hyde, the term “Gender Similarity Hypothesis” applies to this case. The term emphasizes how men and women share more commonalities than differences.

The most famous boyband in the world, Grammy-nominated BTS has been breaking down not only the music industry but also gender norms from both their approach to imagery and style. The significance of their artistry transcends into the way we view gender positivity, especially in different contexts, cultures, and languages. For one, they reflect a sense that gender-confirmation is not a focus of their artistry. Whether it be masculinity, femininity, androgyny, or the in-betweens, they choose to take in all forms of it while not missing a beat in their music.

However, in an industry where female celebrities are very much restricted to gender norms and have to present themselves as cute and femininely conforming, the reason why BTS paved the way for embracing gender positivity on a global scale is none other than through their fashion and imagery. At least for young people who are big fans of their music, they are role models for evolving beyond society’s expectations and to embrace this fluidity in expression for an all-male group.

Quoting band member, SUGA (Min Yoongi), in a recent interview with Esquire: “There is this culture where masculinity is defined by certain emotions and characteristics. I’m not fond of these expressions.”

This claim to the entire premise of such a thing called “masculinity” is indeed constructed by mostly society’s traditional standard of beauty. Such a statement is indeed a reaffirmation of how their work is focused on the fluidity of self and its expression. Gender is intersectional and this very much applies to the creative industry as well. From using gender-neutral language to breaking barriers within culture, the way that gender is being expressed in BTS’s music and arts is one that has its many dualities. BTS successfully does this by showcasing that “loving yourself” should go beyond the physical. Because owning your identity is also owning the various forms of how you express yourself.

BTS exists in their own whimsical world, beyond the trappings of society and gender. The way they choose to wear non-gender specific clothing, while blurring the lines between feminine and masculine aesthetics says more about the values that they stand for than the labels put into them. Each member has a style that is unique to them, while successfully still breathing confidence and creativity.

Another significant icon is how Harry Styles is transforming the fashion industry and its scene by gracing the cover of Vogue magazine in a beautiful ruffled dress. Because of this, his way of expressing his existence itself is being seen as political, and breaking through the barriers of what is still considered taboo. If women’s actions are accepted when the bending of expectations doesn’t threaten the existing moral order as it exists within. This same concept applies to men bending gender norms.

These questions led me to think more about the circumstances that brought us to dress the way that we do as these artists have been embodying. Because once society starts progressing to seeing people just as individuals, not as labels (in terms of gender and the clothes they choose to wear) we are moving in the right direction. There is still this sense of blurred lines and borders when it comes to self-expression through fashion and arts, but if clothes can tell stories, then the future of redefining it should be through a prism of fluidity. 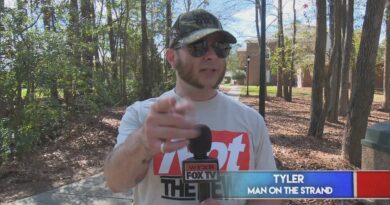 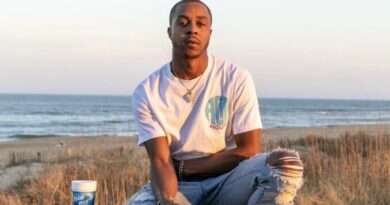