“We’ve been defining the problem of our broken fashion supply chain for the last 30 years — and moved about a millimeter in this 1,000-mile journey,” said Lisa Morales-Hellebo, chief executive officer and cofounder of Refashiond OS (ROS) speaking of the paradigm shift — not incremental change — needed in the industry. ROS is a technology orchestration platform aiming to tackle fashion’s overproduction and waste.

On Thursday, ROS announced the launch of Assembly.Fashion, a global fashion marketplace where non-fungible tokens (NFTs) and on-demand fashion find their markets.

Assembly.Fashion is powered by NFTs to give top-tier fashion and print designers the freedom to license their works to buyers who, in turn, get to use the digital assets. Designers can decide the terms of use (one-time use versus more, or resale opportunities), royalties and blockchain provenance. Additionally, it provides the option for on-demand local U.S. manufacturing.

The designers anticipate capsule collections of physical and digital fashion — including NFTs for print designs — with Assembly.Fashion for New York Fashion Week this September.

While some platforms open up to any “designer” with a plan, save for some entry fees, like T-shirt printing firm Custom Ink, Assembly.Fashion is different, according to Morales-Hellebo.

“Unlike the existing platforms that are in this space that have said ‘anyone can be a designer,’ we’ve been very intentional about partnering with known designers,” said Morales-Hellebo, adding that expertise and flexibility are key in designing on-demand fashion, or fashion manufactured post-purchase to cut out waste and only produce what is desired.

ROS is focused on orchestrating and deploying Made in the U.S. fashion through on-demand micro-factories, entering the mix of on-demand manufacturers like Nineteenth Amendment and OnPoint Manufacturing. ROS taps its sister organization The Worldwide Supply Chain’s network of 40,000 individuals obsessed with supply chain innovation and operates a venture fund (Refashiond Ventures Seed Rolling) focused on seed-stage financing.

By 2021, ROS is targeting its first micro-factory ready for business in the New York Metro Area to manufacture clothing on-demand in-house and integrate with the Assembly.Fashion marketplace. Kornit Digital printing and Gerber Technology have been key partners.

ROS cofounder Erik Mumford believes the micro-factory will be “a catalyst for shifting back to manufacturing in the USA, creating jobs and new career paths, while also helping to eliminate the unnecessary waste in this $2.5 trillion industry,” on par with how consulting firms predict the datafication of sustainability necessitating an action plan for upskilling workers.

Addressing the inevitable question of wages, Morales-Hellebo said, “Made in the USA [and] on-demand [fashion], yes — has more expensive labor and costs of goods sold, but we’re reclaiming that 30 to 40 percent of margin erosion through discounts, markdowns and losses that is baked into every brand that is producing overseas.”

Until the factory is in motion, the team is following a “show, teach, do” approach with Assembly.Fashion. While not the feature performance, some of this work can be seen in Wednesday’s music video drop of the viral song “Twerkulator” by City Girls. The video, which was directed by Missy Elliott, featured the quick-sourcing and design work of designer Misa Hylton and foreshadows Hylton’s next endeavors with Assembly.Fashion.

Told it was an “impossible project” given the deadline and scale of the work, Morales-Hellebo, and her team worked behind the scenes with Hylton to make the vision come to life in five days. Dripping in pink damask, one scene shows bodysuits, lamps and couches dressed in custom MCM x Misa Hylton fabric requested by the talent. 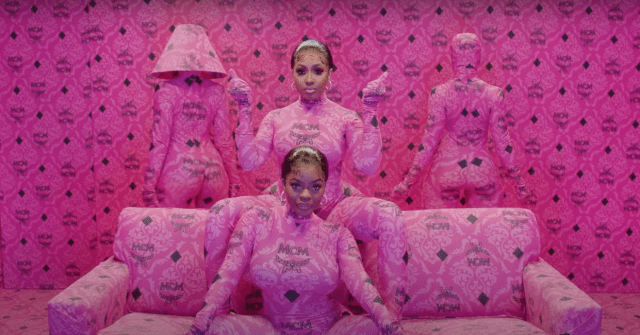 Some 800 yards of four-way nylon spandex were sourced from Mood Fabrics, Hylton designed and selected the colorway for the print and ROS created the production-ready art, which was printed at Kornit Digital in Englewood, N.J.

Overnighting the printed fabrics and bodysuits to Atlanta after assembly in Midtown, Morales-Hellebo said “that’s a New York Minute” and that Assembly.Fashion aims to match speed and demand, facilitating “buys” and “launches” in days — instead of typical 18-month time frames.

The synergy in the collaboration is something Hylton believes is a “game changer” for fashion.

“With [Assembly.Fashion] I see how I can scale and have more ownership to grow my creations,” she said. “I’m able to monetize my designs in the best way for myself.”

Then there’s the NFT component alluring the fashion innovators.

Assembly.Fashion is using the Mint Gold Dust blockchain platform, so designers can then license their intellectual property in the form of NFTs, allowing one-time use of a design for photo shoots, ads and promotions. In this way, independent designers can “be creative and make money on their own terms without taking the inherent business risks that often limit them,” according to Maria Intscher Owrang, one of two designers confirmed for the platform.

With the hype around NFTs, Morales-Hellebo said they’re “just getting started,” highlighting the use case for brands to test the market (and cut waste) with “pre-sales” of NFTs, akin to how companies use 3D renderings on websites to gauge customer interest before cutting fabric, while also proving product provenance and resale for garments.

With sustainability a major value, artists are starting to question whether they should be factoring in the energy impact of blockchain platforms in dealing NFTs, Morales-Hellebo said, “The industry’s oversimplification and vilification of innovation is a distraction from the status quo and their own inertia around real impact. The existing massive banking infrastructure’s energy consumption makes the concept of minting NFTs, which keeps getting more efficient as technologies evolve, pale in comparison.” 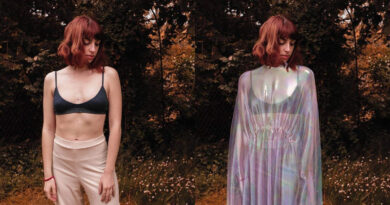 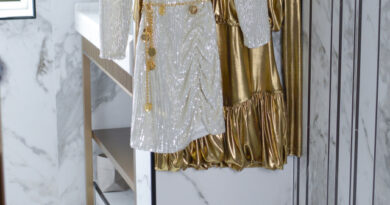 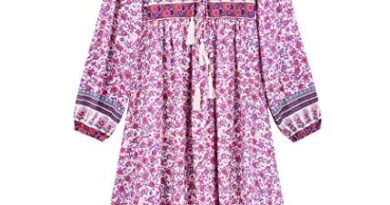