WITH cinemas still closed in the Philippines, two blockbuster movies will stream straight on to TV screens and mobile devices in the Philippines on HBO GO — Wonder Woman 1984 from April  21 and Tom & Jerry from June 4.  Wonder Woman’s next big adventure finds her riding lighting across the sky, donning wings of gold, and chasing a dream while in pursuit of two formidable foes: Max Lord and The Cheetah. From director Patty Jenkins and starring Gal Gadot in the title role, Wonder Woman 1984 takes viewers back in time to the 1980s, where the fate of the world is on the line once again, and only Wonder Woman can save it. The film also stars Chris Pine as Steve Trevor, Kristen Wiig as the Cheetah, Pedro Pascal as Max Lord, Robin Wright as Antiope, and Connie Nielsen as Hippolyta. Wonder Woman, the prequel to Wonder Woman 1984, is also available on HBO GO, along with other DC Extended Universe films including Batman V Superman: Dawn Of Justice, Man Of Steel, Suicide Squad, Shazam, Joker and Birds Of Prey And The Fantabulous Emancipation Of One Harley Quinn. Meanwhile, Tom & Jerry is a mix of classic animation and live action featuring the iconic cat and mouse frenemies. When Jerry moves into New York City’s finest hotel on the eve of “the wedding of the century,” this forces Kayla, a desperate wedding planner to hire Tom to get rid of him. The ensuing cat and mouse battle threatens to destroy her career, the wedding, and possibly the hotel itself. Directed by Tim Story, Tom & Jerry stars Chloë Grace Moretz, Michael Peña, Colin Jost, Rob Delaney, Pallavi Sharda, Jordan Bolger, Patsy Ferran, Nicky Jam, Bobby Cannavale, Lil Rel Howery, and Ken Jeong. For more cat and mouse action, stream or download more than 17 Tom & Jerry animated movies and series on HBO GO. Download the app at the App Store or Play Store, or access HBO GO via Cignal or at https://www.hbogoasia.com/. HBO GO can be accessed via Android TV, Apple TV, LG TV and Samsung Smart TV — and comes with AirPlay and Google Cast functionality.

HBO GO and Cartoon Network will be showing entertaining and family friendly shows that make being stuck at home over the summer fun. Ben 10,010 is set after the hit film Ben 10 vs the Universe. Join Ben Tennyson as he joins his future-self in a 44-minute special that will premiere this April 10, 10 a.m., exclusively on HBO GO and Cartoon Network. In Elliott from Earth, travel the universe and discover unknown worlds with Elliott. It premieres on April 24 at 10:30 a.m. on Cartoon Network.

PASCUAL Laboratories, Inc. celebrates 75 years in the industry by highlighting the value of care that comes from the family via its campaign “PascualLove: Care begins with family.” As part of the company’s 75th anniversary, PascualLab brands are offering special discounts in major outlets nationwide, and via its official flagship stores online. PascualLab also pays it forward with its corporate social responsibility (CSR) program SEED (Sowing to Empower, Educate and Develop), working with World Vision to sponsor 75 children in Malabon. Recently, PascualLab also joined hands with health guru, and philanthropist Dr. Willie Ong to make vitamins and other healthy products more available to underprivileged communities. It has actively sought out frontliners battling this COVID-19 pandemic and families affected by the calamities in the past years to provide much-needed immunity boosters among other health and wellness products. Aside from kicking off its milestone celebration with CSR projects, PascualLab is also doing a series of online concerts to create a more celebratory anniversary feel, and to thank its stakeholders for their support. The concert series started off with sponsorship of the KilaboTitos aka OPM King Ogie Alcasid and MusicIAN Ian Veneracion on March 26. This will be followed by a collaborative digital concert between PascualLab and YouTube FM Station Wish 107.5, PascualLove: From our Family to Yours, featuring the iconic band Rivermaya and the fast-rising Music Hero on April 23. The highlight of PascualLab’s 75th anniversary is an FB Live concert featuring one of the biggest names in the music and radio industries, and special appearances from personalities who played special roles in the company’s history. During the event, PascualLab will also be launching its anniversary theme “Walang Kasing Galing.” 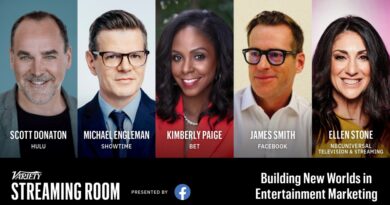 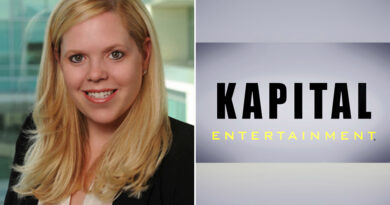 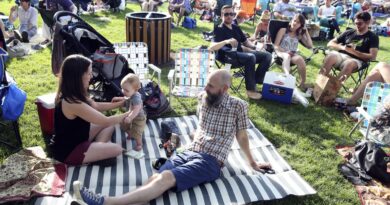 What does Friday reopening mean for entertainment in Chicago? – Chicago Tribune