Downtown Lake Charles is beginning to look lively again. Not all businesses have returned to their pre-pandemic/hurricanes hours of operation. Those events impacted businesses throughout Southwest Louisiana and recovery is a process. However, as Rick Wilson, owner of Cedar Chest Antiques, said, “People are tired of being at home. They’re ready to get out.”

Hurricane Laura hit the 7,000-square-foot antique store at 210 Division St. in Lake Charles hard, Wilson said. Windows were blown out. There was flooding and looting. Cedar Chest Antiques has been a downtown staple for the last 11 years. Rick calls the downtown location ideal because of proximity to I-10, there is plenty of parking available and the foot traffic from downtown workers, downtown residents and people who come for the restaurants, especially on Saturdays and Sundays.

The pandemic brought businesses like Stellar Beans at 319 Broad St., and the Yoga Center (located next door), to a halt.

Owners Carl and Chelsea Boudreaux decided to view the quarantine as an opportunity. They remodeled Stellar Beans, putting their own personal touch on the place purchased four years ago. When they finished the work, they offered contactless delivery, anything they could to make it work for the community, Chelsea said. Carl’s mother, Betty, helped and still does so.

“We came back the day Laura hit to pick up the pieces and just move forward,” Chelsea said. “What other option do you have?”

They wanted to offer free coffee — hot or iced — to the community and workers who came in to help with recovery, but they had no potable water, no ice.

“An attorney’s office across the street offered their refrigerated truck. A family member donated a generator. Donations came in from the city and the Boudreauxs bought big jugs and bottles of water.”

Stellar Beans become a place to drop off donations.

“We had the space and people needed things,” Chelsea said. “Donations came in from across the country, diapers for little ones and seniors, air conditioners, barbecue pits and food. We were able to open three days after Laura, without electricity and water,” Chelsea said. “Then Delta hit. It took us a little longer to bounce back. Resources became scarcer. You just move forward.”

“We wanted the Stellar Beans community to have some light in their lives, to know that they were not alone.”

Boudreax sees Stellar Beans as Downtown LC’s “living room.” Presently, that comfortable, welcoming atmosphere is available Wednesday to Sunday. She would like to get back to her normal hours and open the Yoga Center, which has been closed since March 16, 2020. But for that, she’ll need employees, and employees are hard to come by these days. She kept two Stellar Bean baristas, but she lost some who were displaced after the hurricanes.

Boudreax and her husband love the downtown area for its character, arts and sense of community, she said. She sees Stellar Beans as the place to connect with that community and the Yoga Center as a haven for finding peace and serenity.

Shave and a haircut

Barbers on Broad had not been in business a year when the doors had to be closed for two months due to COVID mandates. Not being in business for a year also made it hard for owner Angie Stine to get any financial relief.

“The first year of business is always tough,” said Stine, “and then all this on top of that.”

When she returned from the hurricane, it seemed she had fared better than others. Water did damage her computer and phone system.

Stine and her husband love downtown Lake Charles. They both have downtown businesses, and they bought their first house downtown north of Broad.

“I think with any business it just takes time to grow,” she said. “A lot of people south of town are still finding out about us, realizing we do straight razor shaves. It’s time consuming and a barbershop staple but a lot of people are getting away from it.

“Walk-ins are welcome. We’re not about appointments or rushing you, but we can get you in and out quickly if that’s needed. We offer complimentary beverages with our services, including adult beverages. We want that community feel, that neighborhood barbershop feel.”

“I wanted to downsize, and get back to the business of printing invitations, announcements and stationery,” said owner Sara Smith. “I’ve always loved the downtown vibe, and have many memories of growing up in the area.  I live only a few blocks away, so it is convenient, as well.”

The biggest challenge of being downtown is the mistaken idea that so many people have about coming “all the way down here,” Smith said, “and perceived parking issues, neither of which stick once the initial visit is made.”

The pandemic and the hurricanes were devastating for PaperSmith. It’s business was primarily invitations. Health guidelines and damage to event venues made social gatherings practically impossible.

“We’ve added back some of our gift lines and other offerings, and have begun offering online shopping through our website and Instagram, as well,” Smith said. “It will be interesting to see what our ‘new normal’ will look like.”

“We do have had lots of new customers, so that’s a really good thing,” Smith said. “So many people still have never heard of us, even after 15-plus years in business. We look forward to the possibility of expanding hours as things continue to improve.”

Everything was going very well for newlyweds Jason and Elizabeth Doland Machulski, owners of the Corner Market at Broad and Ryan. The store was making enough to pay both of them, then COVID hit and they didn’t know what to do.

“We just adapted,” Jason Machulski said. “I found toilet paper, cleaning supplies, as much as I could get my hands on. When L’Auberge shut down, I purchased all their toilet paper and limited the customer’s purchase to four rolls a day. Between that and selling the meat and steaks that we purchased from restaurants because they had to close and couldn’t use it, we made enough to pay the bills.”

When the storm hit Corner Market was “down and out” for 37 days with no electricity. They lost their meat and more.

“Apparently wine boils,” Machulski said, “of course we all know how hot it was.”

“It’s still a struggle, but we’re seeing light at the end of the tunnel,” he said.

Like other Southwest Louisiana business owners and residents, the Corner Market is currently embroiled in a lawsuit with their insurance company. They had to tap into their savings, but they still “believe in downtown.”

“I remember coming down here as a kid, the benches,” he said. “I have always been involved in the arts and history. We have people pop in from New Orleans and as far away as California. You just never know. This is a beautiful place and I am a believer in downtown and a believer in everything happens for a reason, the storm, everything. Everything and everyone bounces back in Southwest Louisiana. It’s amazing, that bounce back power after total devastation.”

For those who have not been downtown lately, here are some new places to visit: Buffi’s Peaux Boys is in the building where Mama Reta’s used to be at 345 Broad St. Owner Paige Vidrine describes her place as Louisiana Gourmet, real food, real people, nothing fancy. Bayou Blend Apparel, 313 Broad St., represents a blend of ideals, fabrics, special inks, products and opportunities to create awareness through sensory friendly tees, accessories and books. Relaxation Therapy Center and 1:16 Nutrition are inside the Burdon Campbell Building at 619 Ryan St. Olive + Indigo, 343 Broad St. offers a curated collegion of good to offer along with a line of jewelry with an artful global influence. 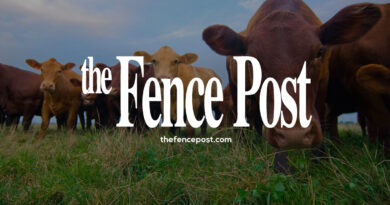 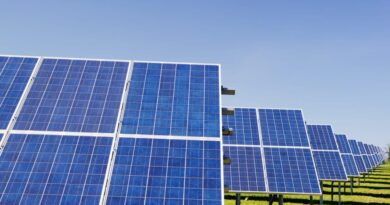