The 21 tan barracks used to bustle with the busyness of the Army soldiers who trained at Fort Chaffee. But now they stand lonely and abandoned as they have since 1987. One Fort Smith man wants to bring new life to the buildings.

By the beginning of October, Lloyd Sumpter, of Rival CRE, should own 25 buildings that were a part of Fort Chaffee when it was an active military base — buildings that date back to World War II.

“We’re pretty much bringing it back to life,” Sumpter said.

Sumpter plans to first renovate 13 of the barracks within the next 18 months, turning them into The Barracks at Chaffee. He will begin the project in October and wants to wait until he sees how the project does before pursuing renovation of additional buildings.

Eventually, the space could have as many as 90 apartments and 28 spaces for restaurants or retail businesses.

Sumpter, who paid $663,000 for 21 of the buildings, will invest $20 million into the project, said Daniel Mann, executive director of the Fort Chaffee Redevelopment Authority.

Mann said there were no tax incentives provided as part of this project.

The first four apartments will function as Airbnbs. After that, Sumpter is still determining how much each apartment will cost to rent.

“It’ll be a community for all the people who live around this area,” Sumpter said. “We’ll have eight to 10 restaurants, retail, shopping. This will be where people will want to come after work to have a drink or meet their friends for dinner.”

The renovation will create mixed-use buildings that will have retail space on the bottom floor and apartments on the second floor.

The barracks are 5,310 square feet each and most include an open floor plan, Mann said.

“I’m focusing on making this all retail or services like nail salons. We’ve had some boutiques interested,” Sumpter said. “Restaurants, coffee shops, those types of business have contacted us wanting to be in the barracks, so we’re trying to keep it all retail and not, you know, people don’t get as excited seeing insurance offices all over so just make it more of a retail area.”

Sumpter will group the buildings into pairs and will install outdoor event space between.

Alongside, Sumpter wants to replace the four-foot sidewalk with a 12-foot walking and biking trail. He is working with the Arkansas Colleges of Health Education and the Fort Chaffee Redevelopment Authority to incorporate the trail into the system that spans the Chaffee Crossing area, connecting it to the medical college.

On the ends of the buildings, there will be 15 to 16 murals that will tell the history of Fort Chaffee. The walkway will be lined with 24 Colorado blue cedar trees.

ENTERTAINMENT:Pooches on Parade is back as part of Frontier’s Day in Logan County

Sumpter also wants to incorporate outdoor pavilions into the design.

“Especially during COVID everyone wants to get outside and I think everyone will want to stay outside,” Sumpter said.

Sumpter is working with Rdc Architects to make his dream a reality. This will be the firm’s first project in Fort Smith. The firm has locations all over the world but its closest location is in Rogers.

Along with transforming the barracks, Sumpter wants to build several larger buildings to attract regional restaurants.

“The barracks project in the historic area is one that’s really exciting to see and to have coming to this part of Chaffee Crossing,” Mann said.

Since Quentin Willard established the Fort Smith Brewing Company four years ago, there has not been much development. The brewing company is just down the street from the barracks. The three anchor businesses have been the brewing company, Old Fort Furniture and JKC Sellers.

But Willard still hopes to see the goal of creating a thriving entertainment district in Chaffee Crossing come to fruition.

“It just reassures us that the dream is still on. We’re still trying to create this walking, eating, drinking community,” Willard said.

He thinks Sumpter’s plan will bring more people out to the area, bringing more customers to the Fort Smith Brewing Company.

In terms of other developments that are taking place in Chaffee Crossing, Mann said that Mars Petcare is in the process of expanding its business in a $262 million project. On Tuesday, NAI Harmon Group bought 30 acres that will hold two 300,000-square-foot warehouses.

Alex Gladden is a University of Arkansas graduate. She previously reported for the Arkansas Democrat-Gazette and The Jonesboro Sun before joining the Times Record. She can be contacted at agladden@swtimes.com.

Save Our Stages Act could be a lifeline for entertainment venues big and small – PostBulletin.com 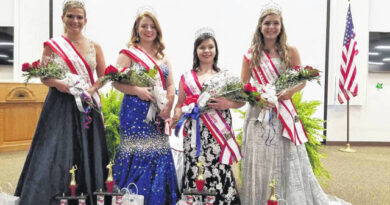