Home health providers have over half a year of “no-pay RAPs” under their belts now. Just like COVID-19 and the Patient-Driven Groupings Model (PDGM), their adaptation to that change has been based on their size, capabilities and location, among other factors.

But for the most part, the fear of having a significant amount of cash flow stripped away was greater than its actual effect on agencies in practice.

“Initially, I thought it was going to be pretty painful,” Cleamon Moorer Jr., the CEO of American Advantage Home Care, told Home Health Care News. “I was thinking, ‘How do you take care of a patient for 30 to 60 days and not be compensated, and how big of an impact would it have on payroll and cash flow?’ It was just a big concern. But it forced us to be a little more thoughtful about our process on the front end.”

Dearborn, Michigan-based American Advantage Home Care provides skilled nursing, rehab and specialty care services to around 200 clients in nearly a dozen Michigan counties. In the past two years, the agency has grown significantly, but it still is — relatively speaking — the type of smaller agency that may have trouble with the no-pay RAP system.

The U.S. Centers for Medicare & Medicaid Services (CMS) officially ordained no-pay RAPs on Jan. 1 of this year. That eliminated pre-payments, which started to be phased out in 2020 for existing providers, with new ones already blocked from the traditional “Request for Anticipated Payment.”

CMS has set out to eliminate RAPs and move toward a Notice of Admission (NOA) requirement next year, in large part due to bad actors in the space capitalizing off of pre-payments without providing appropriate care to patients.

Providers are now also subject to fines for late paperwork that could amount to a 20% payment reduction, as they are still required to submit RAPs this year for billing purposes.

February and March proved to be the toughest for American Advantage and a lot of other agencies.

“Somewhere around mid-February to March is when we started to feel the burn,” Moorer said. ”[We] recognized even more that we needed to tighten our belts.”

After an adjustment was made on the front end, though, the process became much more seamless and doable.

“You get the full amount, then, so I view it now as more of deferred compensation,” Moorer said. “It’s just about being cognizant of — and really identifying — the right type of frequencies on a case-by-case basis and also managing that payer mix.”

Even for some of the larger providers, the reductions may have been a bit of a shock to the system.

For Mission Healthcare, for example, 2020 offered more of that shock than even 2021 did, CEO Paul VerHoeve told HHCN. But it wasn’t enough of a shock to create any longer-lasting challenges.

“It was less of an impact than it was last year, just because there was actually a larger percentage reduction at the beginning of 2020,” Ver Hoeve said. “But as a larger provider, with as many patients and locations as we have, our cash position tends to be much stronger than that of maybe some of the smaller providers, where every dollar is a little bit more important to have right away.”

San Diego-based Mission Healthcare provides home health, hospice and palliative care services to roughly 35,000 patients a year. Overall, its network is made up of 36 locations across six states..

In addition to its size, the company recognized that it would be getting to that payment quicker anyway under PDGM, which has 30-day payment periods as opposed to the 60-day periods that home health agencies historically worked within.

Both American Advantage and Mission Healthcare also relied on their electronic medical record (EMR) technology to adjust to the change.

“I think most organizations really had to look at their current processes and leverage their EMR to ensure that they weren’t going to start getting the penalties for each day that they may have been delayed,” VerHoeve said. “I think most companies, ours included, were a couple of days over the five-day marker prior to the no-pay RAP and had to find ways to kind of expedite that process to ensure that we just weren’t writing off money unnecessarily.”

Agencies that didn’t prepare adequately for no-pay RAPs undoubtedly struggled, but the preparation in the EMR workflow for Mission Healthcare ultimately was enough.

“We really haven’t seen any negative ramifications from the no-pay RAP, with the exception of adjusting to the penalty phase,” Ver Hoeve said.

While cash may be less of an issue for the larger agencies, they still needed to get their ducks in a row.

Overall, January was the tougher month statistically, based on data from SimiTree Healthcare Consulting.

“We saw a negative 30.8% impact to cash flow in January, and only a negative 8.8% in February, so overall, right around a 20% impact on cash flow,” Jordan Cichon, a senior manager at SimiTree, told HHCN. “The reason that those numbers flip flopped essentially is because there were a lot of issues with the rollout from a Medicare perspective. But regardless, going from 20% to 0% RAP is going to have a negative impact.”

That data was based on SimiTree’s larger home health clients. On its end, SimiTree aids post-acute care providers with clinical and financial issues through consulting, outsourcing and talent solutions.

Cichon and his colleagues have been advising providers on their reconciliation processes, making sure they’re double checking that there aren’t errors within their billing or reporting that could result in a penalty.

“I would say we’re in a much better spot than we were in Q1,” Cichon said. “Clients have reconciliation processes. The big thing that we’re seeing now is the offsets for any no-pay RAPs that weren’t submitted in time. So now, that’s the big piece from a cash-reconciliation standpoint — making sure that providers are being accurate and in alignment with their EMR.”

So even though many providers have gotten over the no-pay-RAP hump with relative ease, the legwork is still there, especially for smaller providers.

That’s why American Advantage’s Moorer thinks some form of advanced payments should be revisited in the future.

“From a legislative standpoint, I still hope at some point CMS could revisit this, though,” Moorer said. “I get it that there were some bad actors, but that’s not the norm for most of us.” 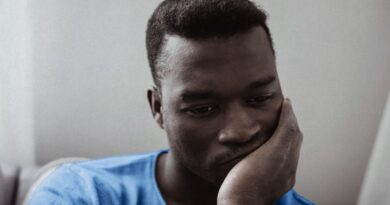 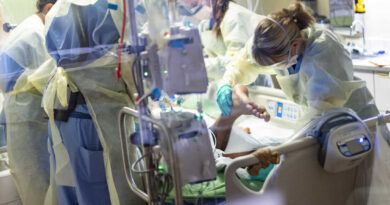