A Tyrannosaurus rex replica named “Stan” proudly stands in front of the Google Corporation’s headquarters in California. With his threatening gaze and gaping mouth, he provides a stark contrast to the rest of the campus. Google highlights the extinct apex predator as a sobering reminder innovation is more than just a term – we must ‘innovate or die’.

The story, however, isn’t entirely fair to the T. rex. The enthusiasm for innovation is omnipresent in both political and military leaders. Our society reveres entrepreneurs, lauds innovative companies and understands evolution can lead to revolutionary change. There are reasons, however, not to be innovative – especially when it comes to moral decisions between life and death. As military members authorized to use deadly force, we have to balance human decision-making and technological advances. This concept is well understood by both senior leaders and technology developers, and ensuring the success of our future conflicts depends on maximizing the capabilities between these two entities.

Lt. Col. John “Karl” Marks’ story, in a lot of ways, is parallel to Stan’s. However, he is far from extinct. Marks, an attack pilot with the 303rd Fighter Squadron, is just 100 hours shy of reaching 7,000 hours in the A-10 Thunderbolt II cockpit, securely holding the record for most hours in the aircraft of all time. He is a legendary figure in his own right; choosing, experimenting, and teaching the iterations of add-ons and changes the weapons system has received over the years. Marks began his career during the Cold War when the A-10 was focused on developing tactics to defend against Soviet tanks in Europe, and he just culminated his 13th combat deployment overall, this one his 6th to Afghanistan supporting troops on the ground for Operation Freedom’s Sentinel.

One of his most memorable deployments was during Operation Desert Storm. On February 25, 1991 – at just 26 years old – then-1st. Lt. Marks and flight lead, Capt. Eric “Fish” Solomonson flew a trio of missions over Kuwait and Iraq, destroying 23 Iraqi tanks, using infrared AGM-65 missiles and the infamous GAU-8 cannon. Mission planning 30-years ago consisted of paper maps and cardstock lineup cards. Flying was far less automated and correcting for dive angle and airspeed was a must. Direct hits were annotated with a grease pencil on the inside of the canopy and battle damage assessments were written on the walls of the debrief room upon return. One day, three missions, all ordnance expended – a wildly successful day and campaign for these two attack pilots.

Compared to today’s aircraft, the A-10 from 1991 seems primitive. Today, the engines are pretty much the same and the basic airframe hasn’t changed much; internally, though, it’s completely upgraded. The targeting pod now integrates with helmet-mounted display allowing not only for flight data to be displayed but also the target, the cannon now has a stabilization system to hold it on target while firing, GPS avionics advancements have led to GPS-guided weapons system integration, and additional systems can now automatically detect and respond to incoming threats with countermeasures.

The system upgrades definitely simplify a pilot’s decision about life and death quicker and with increased certainty. The trade-off, however, is the result of a several-step process. The question is not whether technology or humans should make life-or-death choices, but instead, who is responsible for each step in the process. The Air Force invests significant resources to enable pilots to become proficient in their roles as decision makers focused on whose life to risk, when, and for what objective.

Marks’ leadership in the air is valued for his ability to adapt to new technology and tailor the aircraft’s inputs appropriately. Studies show unless these inputs are intuitive, commanders and troops alike will revert to simpler, combat tested tools which are inherently more comfortable. Marks, for example, is one of the few A-10 pilots who prefers to fly with binoculars in the cockpit. The targeting pod, while upgraded, lacks color and the binoculars provide an extra layer of reassurance and speed when identifying friend versus foe.

Some of the younger A-10 pilots may politely mock Marks for flying with binoculars, but his aura is infectious, his war stories second-to-none. At the end of the day, they value his experience and seek to emulate his tactics.

“Karl is truly a legend,” said Col. Mike “Angry” Schultz, commander of the 442nd Fighter Wing. “He is methodical and meticulous – his experience comes with ease but never arrogance. We are grateful to have him in our wing and his continuous desire to learn, teach and mentor the next generation of fighter pilots is not only humbling, but a true testament to the love of his craft.”

As he approaches 7,000 hours, Marks has experienced every upgrade in the aircraft, and acknowledged his time in the cockpit is unfortunately coming to an end.

“Being able to get out there and fly the A-10 keeps me coming to work every day,” Marks said. “It’s still challenging, it’s still awesome, and they keep bringing new technology and new ways of fighting which keeps it relevant. We may not be the fastest aircraft, but when we talk about the aircraft’s abilities from a close air support platform – we are simply still the best.”

The technological advances the A-10 has seen over three decades are nothing short of impressive and its value to combatant commanders is unparalleled. Investing in new technology while developing a pilot’s tactics is paramount to maintaining our competitive edge. The A-10 is the number-one combat search and rescue platform in the world, and training opportunities to practice newer techniques, like forward arming and refueling points and agile combat employment, will keep the aircraft relevant in peer-to-peer conflicts. The most valuable weapon system, however, is the men and women that fly the airplanes. The steps taken now in accelerating and adapting to change remain the most important drivers in our nation’s future conflicts.

Unlike Stan, who couldn’t possibly have adapted to stop the asteroid that wiped out his fellow dinosaurs, the U.S. Air Force as a whole, and the A-10 community specifically, will continue to accelerate change so we’ll continue to be ready for the future fight. 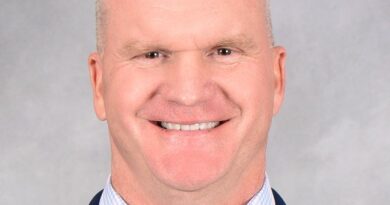 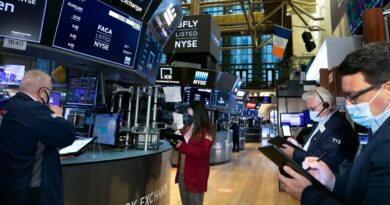 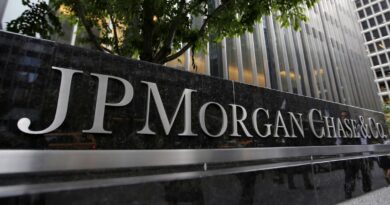