Dark matter might be raising the temperature of planets outside our Solar System, a pair of physicists predicts. Space telescopes already in the works should be able to spot the effect, they say, potentially enabling scientists to trace how the mysterious stuff is distributed within our Milky Way Galaxy.

“In science, we rarely get a brand-new idea,” says Sara Seager, a planetary scientist at the Massachusetts Institute of Technology (MIT), who was not involved in the work. “So, I think it’s great to see this overlapping intersection of dark matter and exoplanets.”

For decades, astrophysicists have thought that invisible dark matter must envelop each galaxy, much as glass surrounds the swirl of color in the center of a marble. Dark matter’s gravity is needed to explain why stars in fast-spinning galaxies don’t fly into space.

Physicists assume the stuff consists of some sort of elementary particle lingering from the big bang. But so far, all the evidence for dark matter comes from its gravitational effects, as searches for dark matter particles floating about and interacting with ordinary matter in other ways have come up short.

Some astrophysicists have instead searched the skies for indirect signs of dark matter particles. Many theories posit that when a pair of the particles collide, they should annihilate each other to produce observable ordinary particles. For example, researchers have seen signs of a mysterious glow in the center of our galaxy, where dark matter should be densest. But they debate whether it comes from dark matter or more prosaic sources such as neutron stars.

Now, Rebecca Leane, a theoretical particle physicist at MIT, and Juri Smirnov, an astroparticle physicist at the Ohio State University (OSU), suggest using exoplanets as dark matter detectors. Pulled by gravity, dark matter particles might settle into the planets’ cores. There, they might annihilate one another to produce enough heat to raise planets’ temperatures, the team calculates in a paper in press at Physical Review Letters.

Others have suggested dark matter might collect in and warm massive bodies, such as neutron stars. In fact, a study from 2007 used data from Earth to rule out dark matter particles above a certain mass. But exoplanets should make excellent targets for such searches for a couple of reasons, Leane, now at SLAC National Accelerator Laboratory, explains. First, they can be far more massive than planets in our Solar System, so they should collect more dark matter and trap lighter dark matter particles. Second, they’re far more numerous and easier to spot than neutron stars. Our Milky Way Galaxy should teem with 300 billion exoplanets, the researchers estimate.

Not just any exoplanet will do, however. To reveal the relatively small warming from dark matter, a planet must have cooled off from its fiery birth. So it must be several billion years old. And it must orbit far from the heat of its own star. “You don’t want to look for a candle in a forest fire,” Smirnov says. The ideal targets would be rogue planets that have escaped their stars or failed stars known as brown dwarfs, both of which can be spotted by how their gravity distorts the images of more-distant stars.

Dark matter annihilations could raise the temperature of a planet 14 times as massive as Jupiter from 250 K to 500 K or more, the researchers estimate. More dark matter should collect in planets closer to the center of the galaxy, where the density of dark matter is highest. So, Leane says, astronomers might look for the coldest planets’ temperatures to rise the closer they are to the center. “If we see this signature, it would be a smoking gun for dark matter.”

There are some caveats. Even if scientists spot the warming, the signal won’t provide measurements of the dark matter particles’ mass and other properties. The scheme also assumes that the dark matter particles don’t require many billion years to settle into the planets, notes Chris Kouvaris, an astroparticle physicist at the National Technical University of Athens, who has analyzed the accumulation of dark matter in much more massive neutron stars. That’s an assumption that needs to be checked, he says.

Nevertheless, Leane and Smirnov say, the data for such a study will most likely be collected by space telescopes already being developed. In particular, NASA’s Nancy Grace Roman Space Telescope (previously known as WFIRST), scheduled for launch in 2025, and the James Webb Space Telescope, scheduled to launch later this year, will seek such planets. “We’ll definitely be hunting rogue planets with WFIRST,” Seager says. 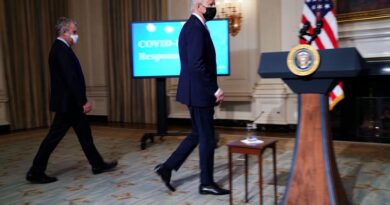 You’re Not Galileo, And You’re Not ‘Guided By The Science’: Lessons From The School Reopening Wars – Forbes 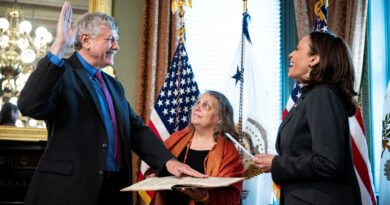 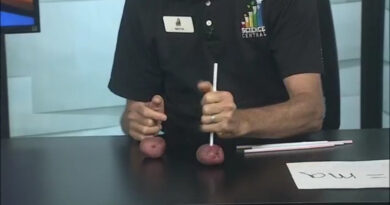