These were some of the words that Nature readers used to describe their experiences of art–science collaborations in a series of articles on partnerships between artists and researchers. Nearly 40% of the roughly 350 people who responded to an accompanying poll said they had collaborated with artists; and almost all said they would consider doing so in future.

Such an encouraging result is not surprising. Public engagement has become essential to many research projects. Scientists are increasingly seeking out visual artists and designers to help them to communicate their work to new audiences. “Artists help scientists reach a broader audience and make emotional connections that enhance learning,” one respondent said. “The experience is very liberating for me, as a scientist,” said another. “There’s often a visual aspect to my science that generating and publishing data does not convey.”

One example of how artists and scientists have together rocked the senses came last month when the Sydney Symphony Orchestra in Australia performed a reworked version of Antonio Vivaldi’s The Four Seasons. They reimagined the 300-year-old score by injecting the latest climate prediction data for each season — provided by Monash University’s Climate Change Communication Research Hub in Melbourne. The work was entitled The (Uncertain) Four Seasons, and variations of the score containing local data were sent to every major orchestra in the world. The performance was a creative call to action ahead of November’s United Nations Climate Change Conference in Glasgow, UK. 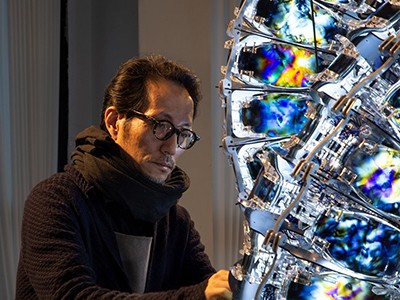 Another example is how researchers are able to ‘walk’ inside cells by incorporating nanometre-scale images from super-resolution microscopy into virtual-reality software (A. Spark et al. Nature Methods 17, 1097–1099; 2020). Researchers are also deploying scientific methods to study many aspects of literature and music.

But a genuine partnership must be a two-way street. Fewer artists than scientists responded to the Nature poll; however, several respondents noted that artists do not simply assist scientists with their communication requirements. Nor should their work be considered only as an object of study — even if these are reasons why scientists seek opportunities to work with artists. The alliances are most valuable when scientists and artists have a shared stake in a project, are able to jointly design it and can critique each other’s work. Such an approach can both prompt new research as well as result in powerful art.

More than half a century ago, the Massachusetts Institute of Technology (MIT) opened its Center for Advanced Visual Studies (CAVS) in Cambridge to explore the role of technology in culture. The centre was established during the Vietnam War, when many scientists in the United States were being criticized for working on defence contracts. Its founders believed that artists and scientists could, together, create a vision for a more humane world. They deliberately focused their projects around light — hence the ‘visual studies’ in the name. Light was a something that both artists and scientists had an interest in, and therefore could form the basis of collaboration, says Seth Riskin, a visual-arts researcher at the MIT Museum who previously worked at CAVS. 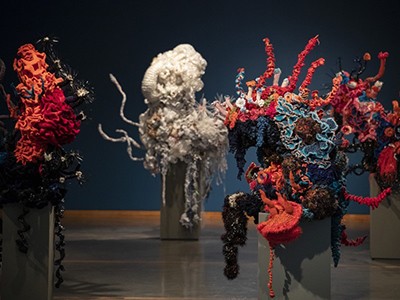 Among its many achievements, CAVS was responsible for Centerbeam, a 44-metre-long installation illustrating energy transfer. It included laser drawings against clouds of steam, holograms lit by mirrors tracking the Sun and huge nylon sculptures lifted into the air with helium-filled polyethylene tubing. As science and technology progressed, and divided into more sub-disciplines, the centre was simultaneously looking to a time when leading researchers could also be artists, writers and poets, and vice versa.

Nature’s poll findings suggest that this trend is as strong as ever, but, to make a collaboration work, both sides need to be prepared to be surprised and challenged, to invest time in getting to know one another and to trust their different expertise. “I enjoyed physics for its elegance and symmetry,” a quantum physicist said in response to the poll. Their artist collaborator was drawn more to the messy reality of the process of science, which is not always reflected in popular science communication.

The reach of art–science tie-ups needs to go beyond the necessary purpose of research communication, and participants must not fall into the trap of stereotyping each other. Artists and scientists alike are immersed in discovery and invention, and challenge and critique are core to both, too. 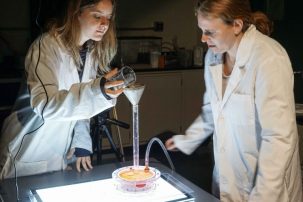 What Is the MS in Sustainability Science Program? – State of the Planet 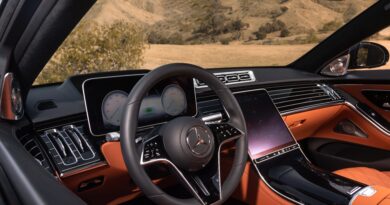