The rapidly warming climate is the “greatest threat” to global public health, more than 200 medical journals are warning in an unprecedented joint statement that urges world leaders to cut heat-trapping emissions to avoid “catastrophic harm to health that will be impossible to reverse.”

The editorial, which was published in leading journals such as The Lancet, The New England Journal of Medicine and the British Medical Journal, says the world can’t wait for the COVID-19 pandemic to pass before addressing climate change.

“No temperature rise is ‘safe’,” the editorial says. “In the past 20 years, heat-related mortality among people over 65 years of age has increased by more than 50%.”

Hotter temperatures are already taxing public health systems. Last week, Hurricane Ida caused dozens of deaths across several states from flash flooding and other impacts. With the power grid down, some died from carbon monoxide poisoning caused by using generators. In the aftermath of the storm in Jefferson Parish in Louisiana, local officials have been working to provide transportation for those who need dialysis and other medical care.

“Young kids are getting more and more admissions to the [emergency room] and the hospital with asthma exacerbations due to poor air quality,” says Dr. Mickey Sachdeva, a pulmonologist at Kaiser Permanente in Fresno, Calif. “We’re seeing more heat exhaustion and heat-related illnesses. With climate change happening, the number of these cases will keep rising.”

The most vulnerable populations are at highest risk from climate change, including the oldest and youngest, as well as those already facing economic and health challenges. Repeated disasters, such as hurricanes and fires, can lead to mental health problems and instability as residents are displaced. Infectious diseases are also expected to rise.

“We’ve seen a complete change in where the insects that carry diseases are spread,” says Dr. Eric Rubin, editor-in-chief of the New England Journal of Medicine. “Lots of them were confined to tropical areas, and as the Earth gets warmer, they’ve been migrating further northward. And so the mosquitoes that carry a lot of the major diseases that affect Central and South America are here in the U.S. right now.”

The warning comes ahead of major climate negotiations this fall. World leaders will gather this November to discuss new commitments to cut greenhouse gas emissions at the COP26 conference in Scotland. After having effectively abandoned international climate efforts under President Trump, the U.S. will have an uphill battle convincing other nations it can deliver on its climate promises.

The editorial notes that climate change requires the same kind of funding and focus that the COVID-19 pandemic has received.

“Climate change may be the biggest threat out there to public health and to our ways of life,” Rubin says. “I think we can’t lose sight of these enormous issues because we’re consumed with one that happens to be a health problem right now.”

The editors say wealthy nations have to lead the way

With the world currently on track to exceed 3 degrees Fahrenheit of warming by 2100, the medical journal editors are urging wealthier nations to lead by cutting emissions beyond what is currently promised.

“The current strategy of encouraging markets to swap dirty for cleaner technologies is not enough,” the editorial reads. “Governments must intervene to support the redesign of transport systems, cities, production and distribution of food, markets for financial investments, health systems, and much more.”

President Biden has committed to expanding electric vehicles, improving fuel economy and rolling out more renewable energy, but with a razor slim Democratic majority in Congress, is still struggling to pass some of his core climate policies.

Scientists say while some warming is inevitable in the near term, there’s still time to avoid the worst impacts of climate change.

“The point of this is not to say the sky is falling,” Rubin says. “It’s to say: There are problems. They’re very severe and there are things we can do and we should be doing them right now. I’d like this to be more of a call to action than an obituary on our planet.” 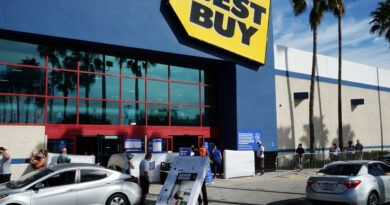 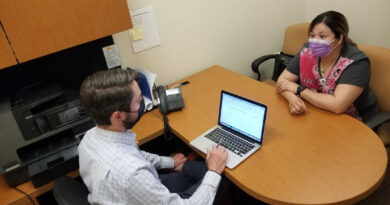