Motorists on Interstate 90 speeding past Carnegie Management & Development Co.’s Westlake headquarters are unlikely to suspect a federal contracting behemoth is based at the small contemporary building.

Although it’s no Haliburton Co., Carnegie is undertaking prodigious projects as a design-build-own contractor for the General Services Administration.

Its latest, now finishing the final design phase, is a Veterans Administration clinic in Fredericksburg, Va., that will cost an estimated $250 million to build. The four-story, nearly 500,000-square-foot building will contain about 2,000 exam rooms, medical specialty areas including a pharmacy, and even some beds for overnight stays.

Although it’s not the biggest deal undertaken by the family-owned company — a shopping center in Indianapolis has that designation — the Virginia project is the latest in a line of business building for the VA that Carnegie has pursued since 2008.

Along with a Daytona Beach, Fla., project costing about $100 million that will go up this year, and a $20 million build it’s finishing in Sheffield Village, Carnegie has undertaken 12 VA structures across the United States.

It entered the highly competitive VA business after constructing offices for the FBI. The company’s start as a government contractor began inauspiciously as the developer of Ohio auto emission testing facilities in the 1980s.

Carnegie partners with construction contractors and architects for the projects in the GSA bidding process. Carnegie rents the buildings to the feds for about 20 years and provides property management for GSA as their owner.

The Fredericksburg project has a total contract value of $18 million in rent annually, according to GSA.

To win the work, Carnegie has a team focused on identifying potential projects and bidding for them. All told, Carnegie has 125 employees devoted to GSA work, including people in the field managing the properties. It works with a network of almost 300 consultants, from architects to other specialists.

“We compete with some of the largest (development and construction) companies in the country,” Khouri said. For example, for a Fayetteville, N.C., clinic, it initially vied with 21 other companies, and seven in Fredericksburg.

“We win because we pay a high level of attention to detail,” Khouri said. “Few companies are willing to dedicate themselves to understanding and executing such complex projects.”

Carnegie is involved in every stage of the project, from finding sites and working with architects and the GSA to the final punch-list for finishing the buildings. Much of the field work is now overseen by Khouri’s son, Rustom Khouri III, a business development and pre-development manager who shepherds deals from early planning through construction.

Khouri III said the pandemic and reliance on Zoom has complicated the process of working with multiple stakeholders on the projects.

“We try to be respectful of the concerns of communities and assure them we will own these buildings for years,” Khouri III said.

“The federal government is a good credit tenant,” he said, which lenders like. “And it’s recession-proof, although these are low-margin deals.”

Mark Rantala, chief adviser for Economic Development Advisors of Rocky River, is not surprised that Carnegie has done well in the GSA world.

Rantala, a real estate agent before entering economic development who did many lease transactions for retailers with Carnegie, said, “We did multiple deals for (former) Sears Hardware stores. They knew Carnegie would get it done, and get it done on time. They are very good at understanding the needs of their clients. They’ve likely gotten very good at understanding how the government bids projects and become efficient at it. Carnegie focuses on producing for them the same way it did for Sears Hardware.”

However, Khouri, whose office walls are peppered with pictures of himself or family members with presidents and other politicians, discounts the pull of profits.

“We believe it’s a calling,” the elder Khouri said. “We are helping veterans get better health care. It’s something we feel good about doing. It helps a population that seriously needs better attention and facilities. Veterans put their lives on the line for the country. These facilities are state of the art. Medical professionals will want to work there. I believe nothing in the private sector is superior.” 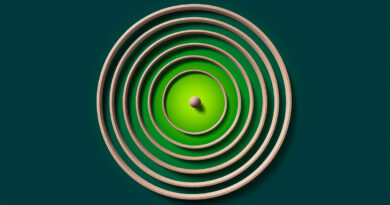 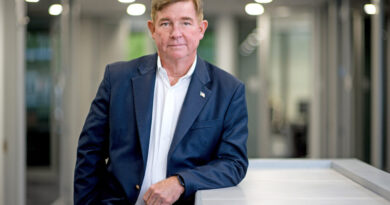 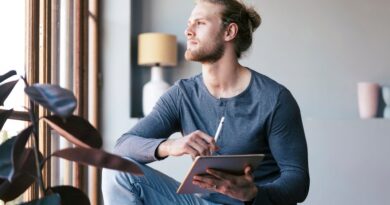 Can You Run a Successful Business with No Experience? – Entrepreneur