Chancellor of the City University of New York, along with the Council of Presidents and Athletic Directors, officially announced all spring sports intercollegiate competitions have been cancelled for the 2020-21 season on Feb. 17. However, the National Collegiate Athletic Association has not announced the cancellation of Spring sports championships.

Baruch College Athletics will continue to monitor the ongoing updates provided by the NCAA and apply them where and when appropriate.

Given that spring sports are not being sponsored by the institution, all student-athletes are to be granted an extra year of eligibility, without being charged for their lost seasons.

“The decision to cancel our spring sports season took many, many hours of deliberation.  The engagement with the CUNYAC Medical Advisory Group was insightful and while the decision is disappointing, our highest priority must be the health and safety of our student athletes, coaches, their families and the community. The loss of the opportunity to represent Baruch as a Bearcat is notably felt by all our student-athletes. The pandemic has shifted many a mindset and we have to stay strong and know our focus has shifted to fall 2021,” Baruch College Director of Athletics and Recreation Heather Mac Culloch commented.

Baruch spring sports teams such as softball, baseball, men’s volleyball and men’s and women’s tennis are not proceeding for this spring.

For Bearcat seniors, it’s more than just a sport, it’s a family atmosphere and a place they were able to call home.

“Getting my senior season cancelled was honestly heartbreaking although I think we all saw it coming. We have all worked so hard, and for it to be just taken away was extremely frustrating,” senior softball player Victoria Kisling said. “I am going to miss seeing my friends every day. I already haven’t seen most of them for a year now because of the pandemic but seeing them every day made me so happy even if it was at a 7:00 am practice,” Kisling added.

Being a Bearcat taught Kisling much more than how to become a better student-athlete — it taught her how to be an even better person. She learned how to be independent by her years of living away from home, and she noticed with her time on campus, she is continuously growing more into the person she wants to be every day.

“I have become so much more vocal and outgoing. I used to always think of myself as shy, I find myself breaking out of my shell so much more.”

The pandemic causing the cancellation of  two seasons has taught her many lessons, but the most important one she has learned is that not everything can be in one’s control.

“The universe has a funny way of working things out the way they are meant to be. It sucks, but I can only hope and trust that things will get better.” She is proud to be a Bearcat student-athlete saying, “I think competing at this level is something extraordinary and to do it with not just one sport but two sports I love, is something I really cherish.”

Conor McCabe, senior baseball player for the Bearcats, said, “It was definitely tough to hear that they canceled our season. We had a really strong team with a winning culture, and I was looking forward to seeing what we could do with a full season.”

He said he is going to miss the spring training trips the most, because that is where they made the most memories. “That was honestly the best week of the year.”

McCabe added that he is most proud of all the achievements that his fellow student-athletes accomplished both on and off the field. “It can be challenging at times managing sports, school, work, but all the student-athletes impress me with their will to win.”

Being a senior on the team, he is also proud of being a member of the 2019 team for all they accomplished that season: They won against CSI on their home field, who originally held the crown for six years and became the first CUNY team to make the NCAA tournament.

“That was a team effort I will never forget. I am proud of the way our team handled themselves in such a difficult situation the past two seasons. The goal was to walk out of the school with three rings, but this pandemic had other plans. The entire situation just makes us stronger individuals. At the end of the day, I’m just grateful that the virus didn’t harm our long-term health as it did for so many others.”

McCabe will be working as an analyst at Santander Bank upon graduation.

Senior Meni Musheyev of the men’s volleyball team said: “I will miss being a part of that community of athletes who share the same dedication to their sport. The last four years have greatly impacted my communication and team working skills. Since volleyball is reliant on those two sills, I was pushed to become better at them in order to progress on his game.”

This went on to translate off the court and into building connections in the real world. He plans on taking these skills of teamwork and communication to the workplace in the future.

“I am most proud of my team’s accomplishments. Winning the CUNY championships and going to the NCAA tournament. It made us know that it was possible to advance even further and make a name for Baruch volleyball once again. Given the next two years with that team I know we could have accomplished so much, not just for Baruch volleyball, but for all of Baruch athletics by gaining NCAA recognition.”

These three athletes are just a few Bearcats who will graduate this spring semester. Even though their seasons got taken away, they made sure to make the most out of their student-athlete college experience. 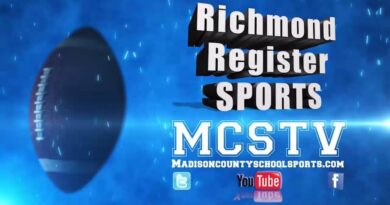 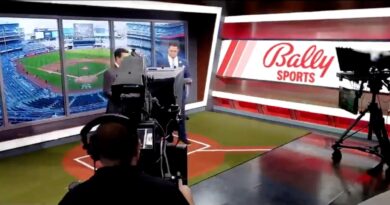 Why Fox Sports Southwest is now Bally Sports, and where you can (and can’t) watch Texas Rangers games – The Dallas Morning News