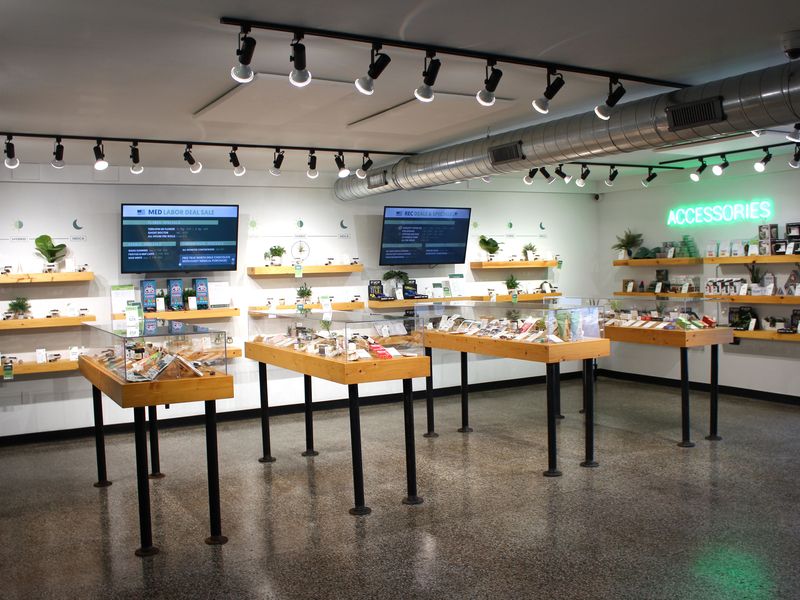 If you don’t believe a cannabis business can be run similar to a toy store, don’t tell Aric Klar.

Klar co-owns Quality Roots with his father, Mark, and brothers, John and Michael. They opened their first store in Battle Creek in the spring, just as the coronavirus was taking hold in Michigan. Now they are set to open their second location, in Hamtramck, on Monday and hope to open a third shop this spring in Berkley.

Klar, 31, also aims to break ground on a 55,000-square-foot retail, cultivation and processing facility late this year in Westland.

Klar is leaning on his background in retail. He and his mother, Nori, established Toyology Toys in 2011, which now has locations in Royal Oak, Bloomfield Hills and West Bloomfield. A Rochester Hills location closed earlier this year due to the pandemic, Klar said.

The Klar family also has a background in pharmacy. Mark and Nori Klar were part owners of Farmington-based Sav-Mor drugstores before selling them to Walgreens in 2014.

“While (Quality Roots) is a recreational marijuana retailer, we’re still taking a medical approach focused on patient protection and service,” Aric Klar said. “I grew up in the world of regulation and compliance. Tying that family history into this business will make a big difference.”

Assisting with the venture is Schostak Brothers & Co., one of the largest real estate development groups in metro Detroit that manages and leases a variety of properties. Its TEAM Schostak Family Restaurants’ portfolio includes more than 150 fast-casual restaurants including Applebee’s, Del Taco, MOD Pizza, Olga’s Kitchen and Wendy’s brands.

“As is true with many brick-and-mortar retail businesses, real estate plays a major role in growing the business. We believe through our 100 years of real estate development and acquisitions experience we are able to provide our people and expertise to a very critical part of the cannabis business,” Schostak said. “We look forward to building a long-term successful Michigan business and continuing to enhance the communities we serve.”

Why team with Schostak? “Cannabis and real estate are tied together,” Klar said. The Schostak real estate group is working with Klar on choosing the right sites to set up shop and how to maintain employees.

After nearly a decade in the toy business, Klar found himself eager to get a spot in the marijuana space. As soon as it became a regulated market and Klar claimed his stake, he knew quality would be the focus of the business.

“It just made sense,” he said. “Our experience with toys is built on trust, experience, curiosity and loyalty. We’re trying to do the same thing with Quality Roots.

“We’ve been in the world of supply and demand, the world of trend management. We took the time needed to build ourselves up for Toyology to become a household name. We’re going to do the same thing here. We’re going to take our time and gain the customer’s loyalty. Yes, it’s a different product, but we’re the same people that customers can trust.”

The company works with 35 vendors across the state for everything from cannabis flower and concentrate to edibles and topicals, Klar said.

“There are a lot more vendors, and supply chain has grown the last six months. We’re so honed in on quality,” said Klar, who is taking a step back from the day-to-day operations of Toyology, leaving that to his mother and longtime business partner Tracy Rowley. “We’re not bringing anything into our doors until it’s (perfect). We’re honed in on every fine detail — taste, smell, packaging — everything.”

Klar said he was extremely excited about opening the Battle Creek location, which was set to open March 12. The pandemic put a wrench into those plans, though, as the first stay-at-home order went into effect March 16. Klar and his staff didn’t want to wait to get started, so the group developed a delivery platform that would run from Battle Creek to metro Detroit.

Quality Roots, with a focus on quality and safety, offered only the delivery service for a few weeks. The store opened for curbside medical sales on April 6, began recreational curbside service on May 21 and launched in-store sales June 6. The Battle Creek location now sees $15,000-$30,000 a day in revenue.

“At the time, a lot of people were fearful, so we set up procedures and took the time to develop things that would help us long term,” Klar said. “Nobody knew how long that state of the world would last.”

Licensed medical and recreational cannabis businesses were deemed essential businesses early in the pandemic, saving Quality Roots from laying off any of its 16 employees. That was a relief to Klar, who said that group took a leap of faith to join the company, leaving other careers and trusting that the venture would work. The company starts its employees at $15 an hour, with the opportunity for advancement. Employees will begin to be offered benefits later this year, Klar said.

Klar declined to disclose 2020 revenue or projections for 2021.

Overall marijuana retail sales in the U.S. could reach up to $8.7 billion in 2021, according to a Statista report.

The new Hamtramck and Berkley locations will start with 15 and 20 employees, respectively, with an emphasis on hiring people local to those communities.
With plans for more sites, the Klars are going all in.

Certifications are handed out by the state and individual communities. The Klars received state certification in 2017. Ninety percent of the cities in Michigan have opted out of recreational marijuana, leading to increased competition for certifications in communities that do allow it.

Quality Roots is one of three aspiring cannabis companies that got the green light in Berkley and in Westland. It is awaiting a decision on recreational marijuana in Pontiac and for Monroe to lift a moratorium. Applications for possible facilities in Royal Oak and Waterford are being worked out, Klar said.

Most of its facilities will have recreational and medical sales, Klar said, depending on what the municipality allows.

Adding cultivation and processing in Westland will give Quality Roots the ability to perfect its processes locally before potentially branching out to other states.

“Fortunately for us, we’re a local name municipalities can trust,” Klar said. “We’re very community focused. People have built generational trust with us. We’re doing the same thing we’ve always done but with a different variable.

“We’re looking to be a place where everybody can get comfortable very quickly — just like a toy store. If I can get a kid into our toy store, they’re smiling, they’ll be back. We want that same thing here. We want our customers to be a part of the Quality Roots family.” 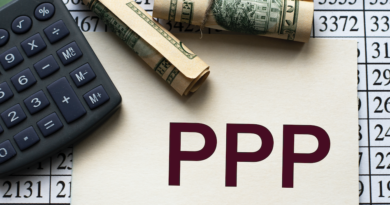 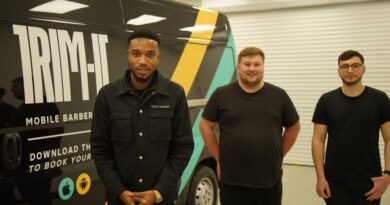 Meet TRIM-IT: The Mobile Barbershop Business That Has Raised $1.1m To Transform The Industry – Forbes 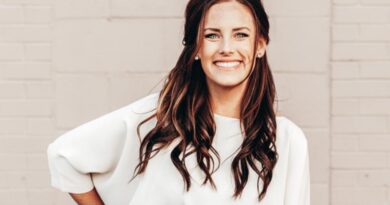 Tapping Into Health To Excel In Business – Forbes