Sometimes a new presidential administration signals where it’s headed through whom it selects to lead a federal research agency. That appears to be the case with President Joe Biden’s choice to lead the Department of Energy’s (DOE’s) basic research wing, the Office of Science. Last month Biden tapped Asmeret Asefaw Berhe, a soil scientist at the University of California (UC), Merced, to lead the office, which has a $7 billion annual budget and is best known for funding physics, running national laboratories, and building atom smashers and other scientific megamachines.

The nomination of Berhe, 46, suggests the office will increasingly emphasize research related to climate change, scientists say. Berhe currently studies how factors such as erosion, fire, and temperature affect whether soil soaks up carbon dioxide or releases more of it into the air. She was born and raised in Eritrea and, if confirmed by the U.S. Senate, would be the first person of color to direct the office. (As usual for nominees awaiting confirmation, Berhe declined to be interviewed.)

Announced on 22 April, Berhe’s nomination delighted many environmental researchers. “She’s as star scientist as star scientists get,” says soil ecologist Bala Chaudhary of De- Paul University. Ecologist John Harte of UC Berkeley, who was Berhe’s doctoral adviser, hopes her nomination marks a shift in DOE science from esoteric conceptual problems to addressing the climate crisis. “There will be, I hope, more emphasis on science that relates to the sustainability of the human enterprise as opposed to the mere sustainability of a scientific endeavor,” he says.

Berhe has also long worked for greater diversity in the sciences, says geochemist Peggy O’Day of UC Merced. “She’s been a real leader, both on our campus as well as nationally and internationally, in advocating for people of color in science,” O’Day says. Last year, Berhe and Chaudhary published a paper in PLOS Computational Biology entitled, “Ten simple rules for building an anti-racist lab.”

But some physicists worry Berhe may have trouble guiding the often-fractious agency, citing her scant experience managing large organizations and her unusual scientific background for a position often held by physicists. According to her CV, Berhe has held one DOE grant for $200,000 and has served as interim associate dean of UC Merced’s graduate division.

The director’s job is to set priorities among the competing research programs and coordinate billion-dollar construction projects so that as one nears completion the next is ready to go, says Bill Madia, a nuclear physicist and former director of two national labs. “It’s one of the most important management jobs in science in the world,” he says. “You’re comparing priorities from bioenergy centers to neutrino experiments to exascale computers.”

Given that much of the office’s money goes to physics, Michael Lubell, a physicist at City College of New York and former head of public affairs for the American Physical Society, wonders how, as a biogeochemist, Berhe will approach those decisions. “There’s nothing in her background to suggest that she knows anything about fusion, or particle physics, or nuclear physics, or atomic physics,” he says.

Most past office directors have had a mixture of training in physics, experience running large organizations, and work history with DOE. But that background is not a prerequisite for success, says Raymond Orbach, a theoretical physicist and former chancellor of UC Irvine who directed the office from 2002 to 2009. Orbach won plaudits for, among other things, developing a 20-year to-do list of major projects that DOE has largely followed. But he notes that he, too, was a newcomer to DOE. “One never knows how someone with no prior formal government service (e.g. me) will turn out,” he wrote in an email. The office’s most recent director, Christopher Fall, has a doctorate in neuroscience and had prior management experience at DOE and the Office of Naval Research.

Some directors with traditional credentials have struggled with the job. William Brinkman, a theoretical physicist who led the office from 2009 to 2013 under former President Barack Obama, came to DOE with 14 years of experience as a director at the storied private Bell Labs. But the scholarly and cerebral Brinkman found it difficult to communicate with Congress, Lubell says. During one hearing, a legislator pressed Brinkman for a plan to deal with a particular issue. To lawmakers’ dismay, Lubell recalls, “Brinkman pointed to his head and said, ‘It’s in here.’”

No director has to do it all on her own, notes physicist Cherry Murray of the University of Arizona, who was director from 2015 to 2017. DOE has a corps of staffers who are “incredibly competent” and can help keep the agency humming, she says. “I’m not worried at all about physics research dropping by the wayside” under Berhe, she says. “That will continue, just as under me biology research continued.” Murray says she is curious to see where Berhe will head in setting policy.

If Berhe is confirmed, her success will largely rest with budgetmakers in Congress. For example, even though former President Donald Trump repeatedly tried to slash the office’s budget, Congress increased it by 31% over 4 years. That boost spared Fall from having to make unpopular cuts. If the budget keeps growing, Berhe may enjoy a long honeymoon with DOE-sponsored researchers.

Should budgets tighten, she could face the challenge of retaining the support of the community while picking winners and losers. Berhe has the leadership skills to meet that potential challenge, Harte says. “I would call her steadfast with good humor and an extraordinary thoughtfulness,” he says. “She will gather the respect of others because of her intense intelligence.” 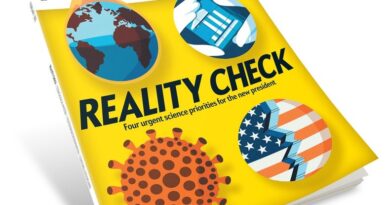 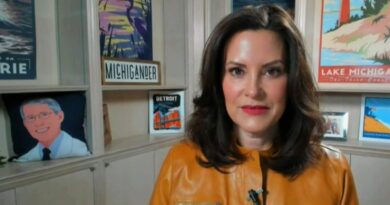 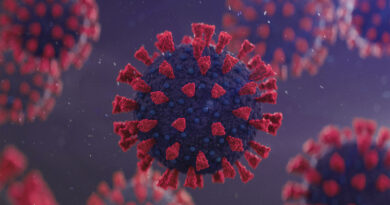