President Joe Biden is rounding out his science team. The White House yesterday announced nominees to lead the National Oceanic and Atmospheric Administration (NOAA), the Department of Energy’s (DOE’s) Office of Science, and the Department of State’s Bureau of Oceans and International Environmental and Science Affairs. The trio includes two veterans of government service and one newcomer.

NOAA, one of the country’s premier climate-focused agencies, held a dubious distinction under former President Donald Trump: It went his entire term without an administrator who had been confirmed by the U.S. Senate. Yesterday, Biden moved to end its string of acting leaders, nominating Rick Spinrad, an oceanographer at Oregon State University (OSU), Corvallis, and a longtime NOAA hand, as the agency’s next head.

Spinrad previously served as NOAA’s chief scientist under former President Barack Obama. Before that, he held positions under former President George W. Bush, leading NOAA’s Office of Oceanic and Atmospheric Research, the agency’s primary climate science arm, and its National Ocean Service. Spinrad was a prominent critic of the Trump administration’s interference in the agency’s forecasts of Hurricane Dorian and its late-term installment of climate contrarians in several prominent roles. Although those scientists have been dismissed, Spinrad will likely seek to restore public confidence in the agency while also boosting morale of its staff.

In recent years, NOAA’s budget—which covers a diverse array of tasks, from managing fisheries to weather forecasts to seafloor mapping—has hovered at about $5 billion. The Biden administration has proposed raising the agency’s budget to $6.9 billion in 2022, but offered few details. The White House has said much of any new money would go to expanding climate observation, improving forecasting, and supporting coastal resilience programs.

Spinrad’s nomination is likely to receive broad support. The head of the House of Representatives’s science committee, Eddie Bernice Johnson (D–TX), praised him in a release today. “I know that scientific integrity will be a guiding principle of Dr. Spinrad’s tenure leading NOAA,” she said. Spinrad will also have support from the upper echelons of the Biden administration: Another former NOAA administrator and OSU scientist, Jane Lubchenco, now serves as the White House’s lead climate scientist at its Office of Science and Technology Policy.

At DOE, the Biden administration has turned to an outsider to lead its $7 billion research office, which is the single largest funder of the physical sciences in the Unites States and runs most of the nation’s x-ray synchrotrons and other big accelerator-based user facilities. Asmeret Asefaw Berhe, a soil scientist at the University of California (UC), Merced, has studied how soil processes can capture carbon, a process potentially key in fighting the build up of carbon dioxide in the atmosphere. She has won accolades for her work to promote diversity in science. Born in Eritrea, Berhe would become the first Black woman to lead the science office if confirmed by the Senate.

Berhe’s appointment is “totally understandable and makes perfect sense,” says John Harte, an ecologist at UC Berkeley who was Berhe’s doctoral adviser. “She will bring a fresh vision to the scientific research that DOE funds.” The Office of Science supports six diverse research programs: advanced scientific computing research, basic energy sciences—including chemistry and materials sciences, biological and environmental research, fusion energy science, high-energy particle physics, and nuclear physics. It also runs 10 national laboratories with thousands of employees. Many, but not all, past directors of the office have risen through leadership positions in the national labs or worked in administration in large private labs such as the storied Bell Labs. Many have been physicists. In contrast, Berhe has little experience as an administrator or with DOE. According to her CV, she has never held a position as a scientific administrator. She has received one DOE grant for $200,000 and has served as a reviewer on a few DOE proposals. More of her funding has come through the National Science Foundation.

But Berhe’s appointment is consistent with the administration’s emphasis on climate change, says Cherry Murray, a physicist at the University of Arizona who served as director of the Office of Science from 2015 to 2017 under the Obama administration. Murray notes that during her tenure, the biological and environmental research program received a proposal to collaborate with the U.S. Department of Agriculture on a project to study microbiome of soil. The project only got funding from DOE, she says, but the effort shows the relevance of soil science to DOE’s mission. “This appointment is timely,” she says. “I’m looking forward to getting to know her.”

To lead the State Department’s science and climate portfolio, Biden has tapped Monica Medina, an adjunct professor at Georgetown University and a senior associate on the Stephenson Ocean Security Project at the Center for Strategic and International Studies. Medina, who trained as an attorney, is also the CEO and co-founder of Our Daily Planet, an e-newsletter on conservation and the environment.

Medina has previously held several ocean-related government posts under Obama and former President Bill Clinton, and also worked in Congress and for environmental organizations. Her husband, Ron Klain, is Biden’s chief of staff.

All three nominees will need to be confirmed by the Senate before taking their positions.

With reporting by Adrian Cho, David Malakoff, and Paul Voosen. 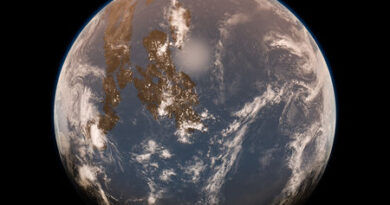 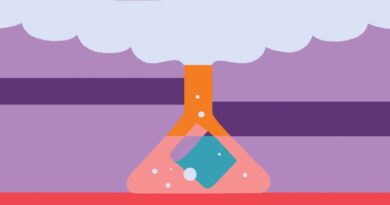 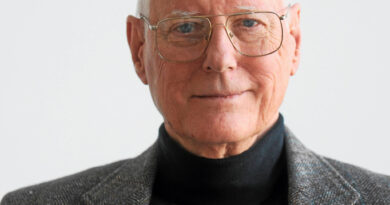