People wait outside a COVID-19 vaccine distribution center at the Kedren Community Health Center on January 28, 2021 in Los Angeles, California.

Along with other initiatives such as federally supported mass vaccination sites and mobile clinics, the new program will seek to ensure equity in the vaccine rollout, Zients said.

“Equity is core to our strategy to put this pandemic behind us, and equity means that we are reaching everyone, particularly those in underserved and rural communities,” Zients said. “But we cannot do this effectively at the federal level without our partners on the state and local level sharing the same commitment to equity.”

Dr. Marcella Nunez-Smith, chair of the White House’s Covid-19 Health Equity Task Force, noted that there are more than 1,300 community health centers across the country, which serve almost 30 million people.

In the rollout of the program, the White House plans to send doses to at least one center in each state, with 1 million divvied up among 250 centers in the coming weeks, Nunez-Smith said. She noted that the government is simultaneously working to increase public confidence in the vaccines, “which we know is lower in underserved communities than it is for the national average.”

The announcement of the community health center program comes after the launch of the retail pharmacy program, in which the federal government is beginning to send doses directly to a few hundred pharmacies across the country. Nunez-Smith said the Centers for Disease Control and Prevention is working with participating pharmacy companies to ensure they reach “socially vulnerable areas.”

The administration also announced that it’s yet again boosting the number of doses it is sending every week to states. The federal government will now send out 11 million doses to states every week, up from 8.6 million it was sending out three weeks ago, Zients said.

“That is a total of a 28% increase in vaccine supply across the first three weeks,” he said.

Asked whether there is an inevitable trade-off between equity and speed of vaccine distribution, Zients said, “I don’t accept that premise at all.”

“I think we can do this in a fair, equitable and efficient way,” he said. “So efficiency and equity are both central to what we’re doing, and I don’t see any trade-off between the two. I think they go hand in glove.”

Confidence in the vaccine has grown among adult Americans, but some demographics have shown greater levels of hesitancy about the drugs over others, according to a new CDC published Tuesday. Nearly half of adult Americans surveyed in December said they were absolutely certain or very likely to get vaccinated against Covid-19, an increase compared with responses from September, according to the study.

A separate CDC study published Feb. 1 found that most of the nearly 13 million people given at least one shot of a Covid-19 vaccine within the first month of the drugs’ distribution were women, age 50 or older and likely non-Hispanic and White. Just over half of the cases were identified by race.

“More complete reporting of race and ethnicity data at the provider and jurisdictional levels is critical to ensure rapid detection of and response to potential disparities in COVID-19 vaccination,” researchers said. 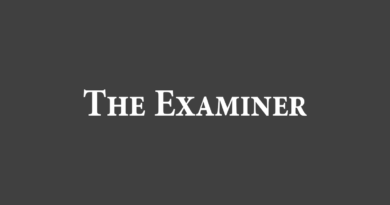 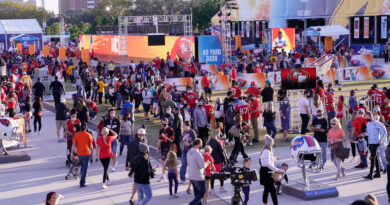