With only a handful of authors left to present as part of Sierra Nevada University’s Writers in the Woods series, Reno’s Christopher Coake will read from his newest book, “You Would Have Told Me Not To: Stories,” Friday evening (Feb. 12), and lead a writing workshop Saturday (Feb. 13).

Coake, 49, is an accomplished author and creative writing educator.

“I teach creative writing at the University of Nevada, Reno, where I founded and direct the MFA program in Creative Writing,” he said.

Coake has Midwest roots, hailing from rural Indiana. After studying in Ohio – he holds an undergraduate degree in fiction from Miami University of Ohio, and an MFA in fiction from the Ohio State University –  life brought him west to Reno.

“Writing books is hard, so I’m proud of all the books I’ve managed to get published,” Coake said. His efforts have been noticed by the publishing establishment. “After my first book came out, I was included on a list of Best Young American Novelists by the journal Granta—a list they put out only once every decade. I’m still extremely proud of that. My first two books were both translated into other languages, and I’m proud of that too.

“’You Came Back’ was just last year adapted into a feature-length film in Italy, in Italian. It premiered at the Venice Film Festival.”

Coake is proudest of his newest book, which will be read and analyzed during the Writers in the Woods event.

“I’m grateful to be a part of this series, especially since I think my new book is my best,” he said.

Coake is no stranger to the series where he has previously been featured.

“I love this series and have attended a number of events in the past,” he said. “Given that many of my idols have read for SNC, I’m deeply humbled to take part.”

June Saraceno, SNU English department chair, directs the series. She started it more than 20 years ago and has adapted the events to the pandemic era, where they are presented free via Zoom. She says the process of selecting authors is not simple. She tries to choose authors who can satisfy broad audience while also connecting to the school’s annual common read.

“I try to get a very wide variety or writers who write from different backgrounds and write in different genres that will have appeal to many different facets of our constituencies,” she said. “Both on campus and the students, but also within the communities.”

Although this year’s series has been hosted through Zoom, Saraceno has managed to keep interest high.

“I was surprised at how well it transitioned,” she said. “We actually drew bigger audiences on Zoom because people who were in different locations who were interested could still join. It boosted our attendance in both the reading and the workshop.”

For now, the series events will remain online until further notice. Anyone can join from any location via Zoom. Upcoming authors include Wendy J. Fox, Patrick Hicks, and Kaveh Akbar. 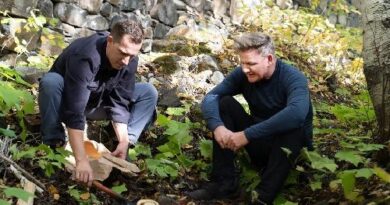 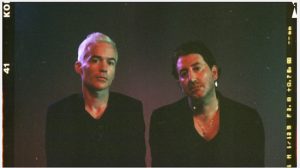 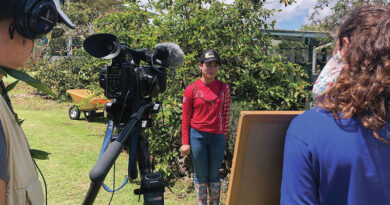