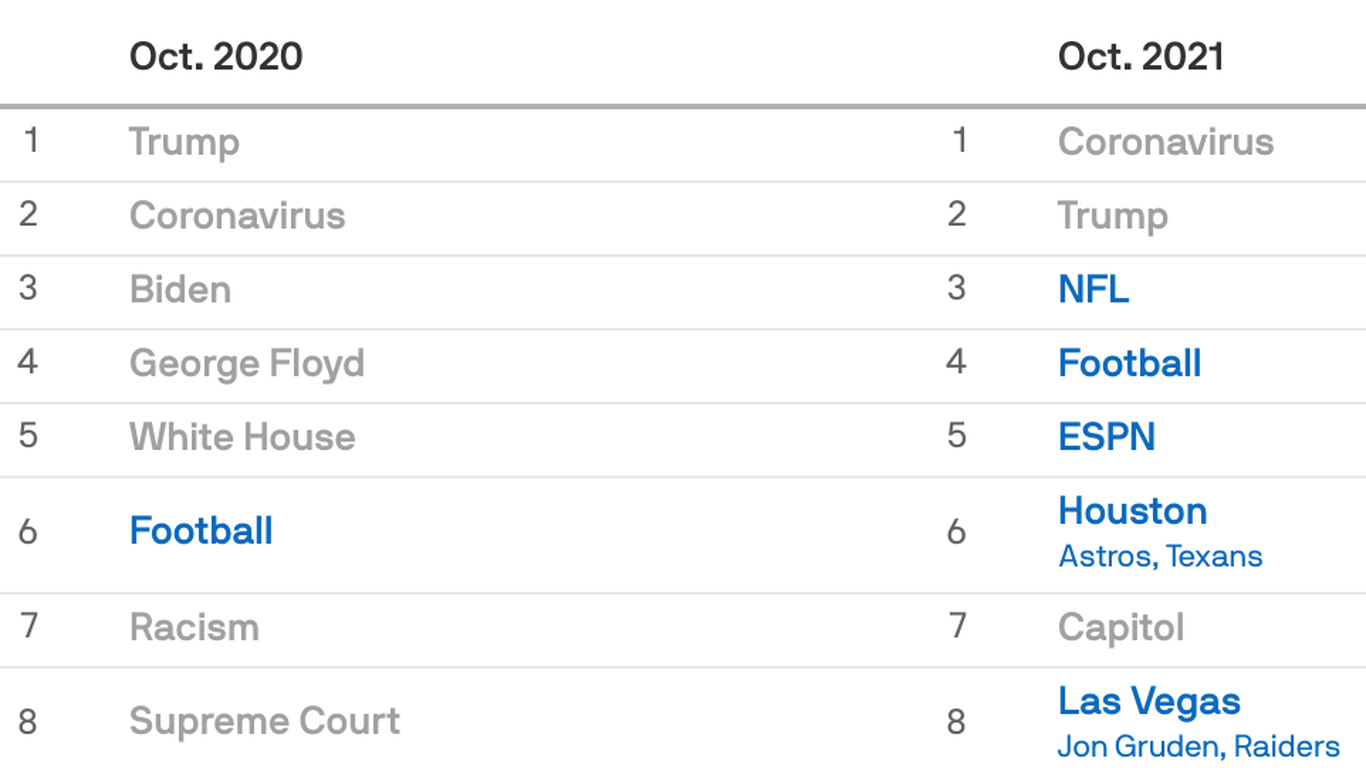 Politics and hard news have moved to the back burner of the national conversation, with sports — and particularly the NFL — generating more interest, new data shows.

Why it matters: It’s a huge shift from a year ago, when most of the top stories in the U.S. were about hot-button political topics.

By the numbers: Sports have rocketed to the top of Americans’ news diets, according to pageview data from Taboola, a content recommendation company known for its boxes of thumbnail ads, which pulled data from 1,400 news sites.

Bolstered by engaging storylines, including the resignation of Jon Gruden, the resurgence of the Dallas Cowboys, and most recently Aaron Rodgers’ vaccination status, interest in the league has surged.

The big picture: Simultaneously, interest in politics has plunged.

Sports content in general has gained traction. Bleacher Report Football (soccer) was the most highly engaged publisher on Facebook in the third quarter, according to NewsWhip.

Zoom out: Coronavirus remains the no. 1 news topic, but interest is falling — there were 1.44 billion page views in August, 1.02 billion in September and 677 million in October, according to Taboola’s data. 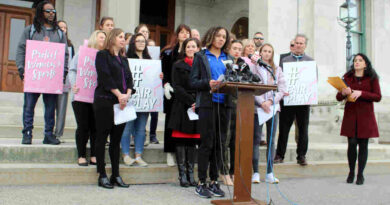 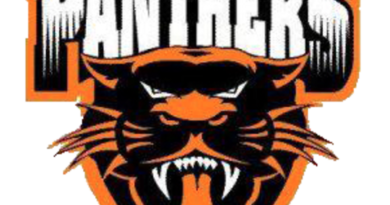