At the end of last month, the European Commission announced that its grant recipients will be required to incorporate sex and gender analyses into the design of research studies. The policy will affect researchers applying for grants that are part of the commission’s seven-year, 85-billion (US$100-billion) Horizon Europe programme, which is due to begin next year.

The funding is still awaiting sign-off from the European Union’s 27 member states. But if all goes to plan, the commission will be the largest funder to require sex and gender analyses — along with analyses of other aspects of inclusion and how they interact, or intersect, also known as intersectionality — in research design. Such analyses could include disaggregating data by sex when examining cells, or considering how a technology might perpetuate gender stereotypes.

It’s a significant achievement. Science will be strengthened by researchers incorporating analyses of sex and gender into their work at every stage — from study design to gathering data, analysing those data and drawingconclusions.

The European Commission is not the first funding agency to make such changes. And this isn’t the first time it has requested that studies account for sex and gender. But in Horizon Europe, the requirement becomes a mandate, and is expected to extend, by default, to most grant recipients. Exceptions will be made only for those working on topics for which the commission thinks such studies would not be relevant, such as in pure mathematics. An added benefit of the decision is that public funders in EU member states who work with the commission will take note, creating a window for changes to eventually be applied across the continent. 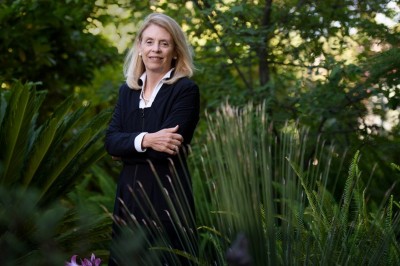 Science and scientists have a troubled history of failing to account for sex and gender when designing research. For decades, crash test dummies were based on male bodies. Even though smaller models are now used to represent women, they fail to account for some other typical differences, such as neck strength1. The inclusion of sex and gender analyses can also be revelatory. In Australia’s Great Barrier Reef, most sea turtles being born are female because of warming temperatures — a discovery that was made when researchers were able to analyse male and female populations2.

In some cases, the results of not accounting for sex and gender have been catastrophic for human health. Between 1997 and 2001, ten prescription drugs were withdrawn from use in the United States, eight of which had been found to be more dangerous for women than men. This had been missed, in part, because women had not been properly represented among trial participants when the drugs were first evaluated.

Although sex and gender analysis is improving in drugs trials, it remains a work in progress in many fields, Londa Schiebinger, a science historian at Stanford University in California, told Nature. Researchers have been highlighting the harms caused by failing to account for sex and gender for decades, but it wasn’t until after the turn of the millennium that funding bodies really started to address the problem. The Canadian Institutes of Health Research began to mandate that analyses of sex and gender be included in grant applications in 2010, and the US National Institutes of Health followed suit in 2016.

The European Commission began asking grant recipients to include sex and gender analysis in their research design in 2013, a request which covered around one-third of research fields by 2020. But according to later evaluation reports, fewer researchers than expected implemented this request. The current proposal will probably improve these figures. But it needs to be accompanied by other measures — especially those that help to convince researchers that more-inclusive research design is not simply a box-ticking exercise, and leads to better research. 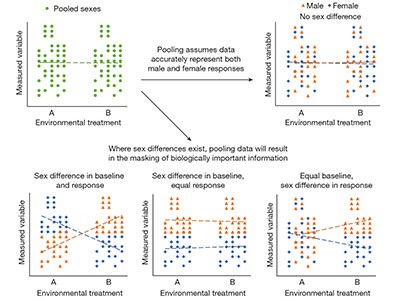 An analysis of researchers funded by the Canadian Institutes of Health Research, published in 2014, revealed that some had pushed back when asked to consider sex and gender3. And both this analysis and the European Commission’s evaluation highlighted that some grant recipients used sex (which refers to biological characteristics) interchangeably with gender (which is a social construct and is not necessarily aligned with a person’s sex). To help researchers to better appreciate the value of sex and gender analysis, the commission’s expert advisory group — which Schiebinger chairs — has published 15 case studies as examples of good practice.

One case study advises researchers on how to integrate gender and other aspects of intersectional analyses into energy research and development; another advises on how such analyses can be done in the design of urban spaces in developed and developing countries.

This kind of analysis should be a fundamental part of research design and therefore the responsibility of every researcher. But in the short term, another positive action could be for research teams to include appropriate specialists to advise on, participate in or lead the design of more-inclusive research. Groups could include researchers from the social or health sciences — the Canadian Institutes of Health Research analysis revealed that health- and social-science researchers are more likely to include sex and gender analyses in project design than are researchers in the biomedical sciences.

Ultimately, inclusive research design cannot be the sole responsibility of funders. Some journals — including Nature — are requesting that authors include sex and gender analyses, when appropriate. Universities and research supervisors also need to incorporate inclusive design into the research methodology training they provide to students.

The European Commission is rightly adding its considerable voice to the effort to ensure that science is designed and carried out in a more inclusive way. But to change practices that have existed for centuries, more researchers — especially research leaders — need to accept what they have been doing wrong, and how research and individuals have suffered as a result. The foundations are being laid for better science, and the more hands that join in this important effort, the better. 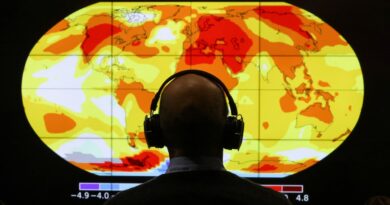 COP26 will turn its focus to science and innovation. Here’s what you need to know about the theme. – The Washington Post 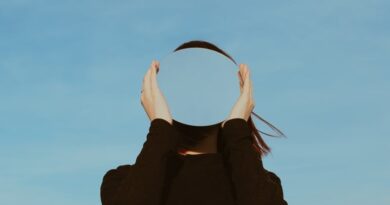 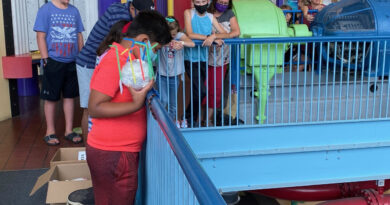