The deities sent a message.

The message, as passively aggressively as it was presented:

You are watching too much sports on television. It’s time to get out of the house.

How do I know that’s what they are telling me?

Because . . . there’s an annoying glitch in the signal of the four ESPN stations on my telly. It does not exist on any other channel. An annoyance really.

But one that Ms. Roboanswer couldn’t fix with a reset ting-a-ling, or a power down power up.

Nor could Service Guy #1 remedy the situation on Visit #1. So the unresolved issue has been “escalated.” Or, maybe, it’s “elevated.” Whatever, Service Guy #2 on Visit #2 arrives tomorrow morning.

In the old days, that all knowing all powerful trio would have just hacked Max Headroom on my screen, with the admonishment to hit the off button on the clicker.

But, that was then, this is now. Even Homer’s guys and gals have gone digital.

Anyhow, message received. So I’m getting out of the house.

Besides there aren’t any NBA playoff games on the World Wide Leader for several days. Lord Stanley’s encounters are in a different network.

But, hey, enough about me. And my lament.

So, as has been the case during the entirety of the Chris Mack era at U of L, there shall be a transfer guard running the show on the hardwood.

For some reason, I believed that Juco El Ellis was the point dude, and Jarrod West was a #2. But, apparently, I vice versaed the situation.

Just hope one, or both, can git ‘er done.

Then there’s this. The Cards apparently still have an available scholly — so, I’m advised, I can’t keep up — and the buzz is it will be used, if at all, on another ball handling guard.

I’d try for another big, given Malik Williams’ and Roosevelt Wheeler’s injury history.

But, hey, what do I know? I’m just a wag, with too many questions and very few answers.

Why is Notre Dame still such a powerful, policy-making presence in college football?

The decision makers in the ongoing process that will lead to a larger CFP field are a committee consisting of a bunch of conference commissioners. And Jack Swarbrick. Who happens to be the AD at, all together now, Notre Dame.

Doesn’t compute for me.

Maybe they could haul Knute Rockne’s crypt into the meeting room, play a tape of Pat O’Brien and Ronnie Reagan.

The Fighting Irish lost their fight, and standing in many a mind, when Ara went for the tie against Sparty in ‘66.

But, for some truly odd reason, the mythos remains, the South Benders have a pscychological stranglehold over the sport.

I’ve written about blink and you’ll miss him Luke McCaffrey.

I didn’t realize he’d only participated in 3 or 4 workouts.

Such a fighter, that kid.

Yeah, I know there’s been way more chaff than wheat here. Not that my screeds are ever really full of facts.

Actually for me. Can see TV, since it’s not on you know where. 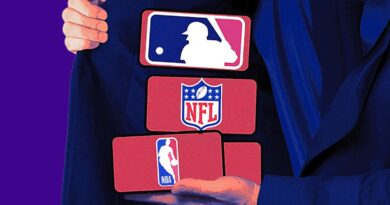 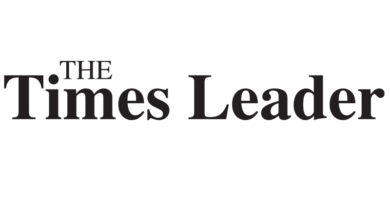 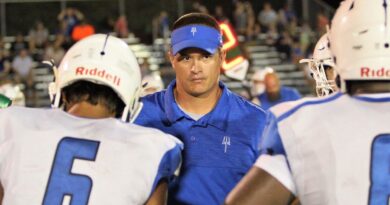