Superstitions and sports are as inseparable as Halloween and candy, but a few sports franchises and athletes have endured runs of such poor fortune that they seemingly can only be explained by the supernatural. Hexes such as the Curse of the Bambino and Curse of the Billy Goat that bedeviled the Boston Red Sox and Chicago Cubs are familiar to most sports fans. Here are seven lesser-known sports jinxes:

1. The Curse of Rocky Colavito

Once the Red Sox and Cubs broke their historic curses, Major League Baseball’s longest title drought passed to Cleveland’s baseball club, which switched its name from the Indians to Guardians following the 2021 season. Much as some Red Sox fans pointed to the trade of Babe Ruth for their woes, Cleveland fans blamed the 1960 swap of the team’s most popular player, Rocky Colavito.

The reigning American League home run leader, Colavito learned of his trade to Detroit while standing on first base during an exhibition game at Russwood Park in Memphis. Perhaps the first sign that the transaction had angered the sporting gods was when the stadium was destroyed in a fire hours after the trade. Although Colavito returned to Cleveland five years later, the team’s 1948 World Series title remains their last.

Cleveland’s long-suffering fans watched their team fail to hold a ninth-inning lead in Game 7 of the 1997 World Series before a Tony Fernandez error contributed to a devastating loss. In 2016, the Cubs broke their curse in Cleveland by winning Game 7 of the World Series in extra innings and adding further heartache to the home team’s fans.

READ MORE: What Was the Curse of the Bambino—and How Was Baseball’s Greatest Hex Broken?

2. The Curse of the Seven Cats

After one of Argentina’s most popular soccer clubs, Racing Club de Avellaneda, followed its 1966 domestic title with victories in the Copa Libertadores and Intercontinental Cup in 1967, fans of its bitter rival, Club Atlético Independiente, broke into Racing’s home field and buried seven dead black cats under a stadium entrance.

Racing, which had won 15 league titles prior to the interment, subsequently swooned while Independiente captured a string of championships. Racing was even relegated from the top tier in 1983 and temporarily suspended from the league after declaring bankruptcy in 1999.

By that point, six of the cats had been disinterred. However, with the seventh corpse still missing, a priest performed an exorcism in front of tens of thousands of fans. Months after a stadium redevelopment in 2001 unearthed the seventh skeleton, Racing won its first domestic title in 35 years.

In 1998, San Francisco 49ers running back Garrison Hearst became the first NFL player to appear on the cover of the wildly popular Madden football video game produced by EA Sports. Although he had a Pro Bowl season, Hearst suffered a gruesome ankle injury in a playoff game. It was the first in a series of injuries and poor seasons that seemed to strike players appearing on the video game’s cover.

According to Digital Trends, 16 of the 22 players selected to appear on the cover through 2021 subsequently suffered troubling or shortened seasons. The list includes Rob Gronkowski, Drew Brees, Donovan McNabb, Michael Vick, Daunte Culpepper and Adrian Peterson.

Although he blamed contract negotiations rather than the supposed curse, running back LaDainian Tomlinson turned down a cover appearance. His replacement on the Madden 2008 cover, quarterback Vince Young of the Tennessee Titans, endured a quadriceps injury and threw nearly twice as many interceptions as touchdowns. Undoubtedly, the injuries had more to do with the bruising nature of football than a video game.

“Do you want to be hurt and on the cover, or just hurt?” asked Seattle running back Shaun Alexander, who broke his foot weeks after fronting Madden NFL 07.

After capturing the checkered flag at the 1969 Indianapolis 500, a checkered succession of misfortunes befell Mario Andretti at the Brickyard. In 24 races after his lone victory, the legendary race car driver only finished five times. An accident before the race even started knocked him out of the 1982 Indianapolis 500, and five years later, he held a commanding lead and had even lapped the second-place driver before a broken valve spring slowed his car and relegated him to a ninth-place finish.

Following the 1969 victory, Andretti’s team was sold and chief mechanic Clint Brawner fired. According to Racer magazine’s Robin Miller, Brawner’s wife reportedly visited a soothsayer to place a curse in which no Andretti would ever again win the Indianapolis 500. Mario’s sons Michael and Jeff, nephew John and grandson Marco have also driven the Indianapolis 500, and none have had better luck than the family patriarch. The 431 laps led by Michael Andretti are more than any driver who has not won the race.

“I got a lot from my dad,” Michael said after blowing an engine while leading the 1989 race on lap 162. “More than his driving, I think I inherited my dad’s luck.”

Hailing from a small town in the heart of Pennsylvania’s coal country, the Pottsville Maroons joined the Chicago Cardinals atop the NFL standings in 1925. Although there was no official championship game, Pottsville proved itself the league’s top team by defeating the Cardinals, 21-7, on the road in a December showdown.

With its season complete, the Maroons scheduled a game against a squad of Notre Dame all-stars in Philadelphia’s Shibe Park because its home field was too small to hold the expected crowd. Philadelphia, however, was the territory of the Frankford Yellow Jackets, who feared the conflicting game would diminish their gate. When the Maroons played the game in defiance of his orders, NFL commissioner Joseph Carr stripped Pottsville of its title. Chicago scheduled two hasty games, including one against a team with high schoolers recruited by the Cardinals, to finish the season with a slightly higher winning percentage.

The Bidwell family, which still owns the Cardinals, claimed the 1925 title after purchasing the team in 1933. The NFL has repeatedly voted against reconsideration of the 1925 championship, including as recently as 2003. Since winning the title in 1947 and moving to St. Louis and then Arizona, the Cardinals have experienced the longest championship drought among major American professional sports teams, and some believe it will endure until the NFL restores Pottsville’s title.

6. The Curse of Colonel Sanders

When the Hanshin Tigers captured the Central League pennant in 1985 for the first time in 21 years, fans of the Japanese baseball team who bore resemblances to Tigers players jumped into Osaka’s Dotonbori River to celebrate. Struggling to find a doppelganger for Hanshin’s bearded American slugger Randy Bass in the crowd, fans swiped a statue of Colonel Harland Sanders from a Kentucky Fried Chicken restaurant, dressed it in a Tigers uniform and plunged it into the river.

While the Tigers went on to win the Japan Series, ensuing years found Hanshin languishing at the bottom of the standings just like the fast-food icon on the bottom of the river. As freak injuries and bad drafts plagued the Tigers, legend grew that Colonel Sanders had hexed the team. To reverse the Curse of the Colonel, the statue was recovered from the muddy riverbed in 2009 and ceremonially cleansed at a nearby shrine. Despite the rescue, the Tigers have yet to win another title in the 12-team Nippon Professional Baseball League since the colonel’s dousing.

7. The Curse of Bobby Layne

Now synonymous with football futility, the Detroit Lions were an NFL power in the 1950s. Their fortunes flipped, however, after trading future Hall of Fame quarterback Bobby Layne to the Pittsburgh Steelers in 1958 after winning three titles in the six years. “When he found out he got traded, he might have been a little angry and he said something to the effect that the Lions won’t win a championship for 50 years,” Layne’s son, Alan, told the Detroit Free Press.

The trade of Detroit’s star quarterback coincided with the start of an epic championship drought. Since Layne’s departure, the Lions haven’t even appeared in an NFL Championship game or Super Bowl—let alone won one. In fact, they have won just a single playoff game.

If Layne indeed cursed the Lions for a half-century, the hex has had even greater staying power. Rather than return to greatness in 2008, Detroit became the first NFL team to post an 0-16 record while the Steelers won the Super Bowl. Even the subsequent drafting of quarterback Matthew Stafford, who attended the same Texas high school as Layne and grew up on the same street, failed to reverse the fortunes for the Lions. 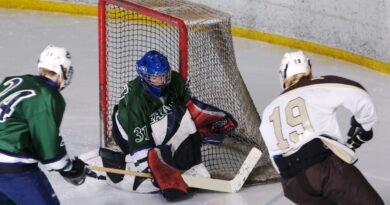 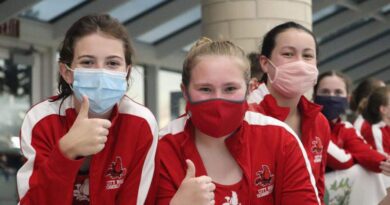 Finding a sports home away from home – The Gazette