Inherent in fashion is the notion of becoming: Our sartorial choices can tell a story of who we are or who we want to be. In many ways, stepping into an outfit can be one of the most powerful acts of self-expression, and it’s a tool people around the world have been using for millennia.

“The Stories We Wear” — a new exhibit at the University of Pennsylvania Museum of Archaeology and Anthropology (Penn Museum) — explores 2,500 years of style through about 250 objects categorized by work and play, battle, performance, ceremony, and rule. With a range that includes the 17th-century armor of Samurai warriors and a coral-beaded Givenchy gown worn in 1965 by Hollywood star turned princess Grace Kelly, the exhibit aims to showcase the link between fashion and ideas of identity in a way that transcends “language, culture and time,” according to the museum’s website.

“Today, we often dismiss fashion as frivolous,” lead curator Lauren Ristvet said in a statement. “But our appearances are important. The way we dress communicates who we are and what we do.”

Here are five other historical garments that demonstrate the power of fashion as a tool for self-realization.

The crown of a Buddhist priest from 16th-century Nepal is in the “Dressing for Ceremony” section of the exhibit. Credit: Eric Sucar/University of Pennsylvania

Tied to Nepal’s Kathmandu Valley, this headdress has five cosmic buddhas arranged in the form of a mandala, a geometric symbol that’s used for sacred rites and meditation. When priests occasionally wore this Mukuta, or crown, it was an outward demonstration of their taking on the attributes of Buddhahood, including morality, self-sacrifice and wisdom.

“Our crown and other similar crowns are extremely heavy. So they wouldn’t have been the sort of thing that you would want to wear for every ritual you perform,” Ristvet said in a phone interview.

Those who put on the Mukuta were becoming the most important figure within their religious tradition.

A Coclé chief’s burial regalia (circa 750-1000 AD) shines in the exhibit’s “Dressing to Rule” area. Credit: Eric Sucar/University of Pennsylvania

These gold plaques and other materials were found in 1940 on a man buried among roughly a dozen people, whose deaths date back to between 750 A.D. and 1000 A.D., Ristvet said. Adorned in extravagant gold, “he was by far the richest arrayed individual found in the burial,” Ristvet said.

Engraved in each plaque is a human-like figure with sharp teeth, and legs that morph into alligators or crocodiles. Crocodiles have often been associated with rulership and power, Ristvet said. “The man morphing into the crocodile has also been understood in terms of this esoteric or shamanic powers that a ruler might have.” And jaguars — encasing the emerald in the pendant — have been a symbol of power across Mesoamerica.

The velvet merlot gown that belonged to contralto Marian Anderson stars in the exhibit’s “Dressing to Perform” section. Credit: Eric Sucar/University of Pennsylvania

This velvet merlot gown was likely designed by Zelda Barbour Wynn Valdes, one of the first Black fashion designers who opened a boutique on Broadway in 1948, according to Ristvet. Valdes dressed contralto Marian Anderson — the first Black woman to perform with the Metropolitan Opera — during much of her career, Ristvet said.

This gown that Anderson wore several times throughout her career might have been one of the dresses she wore for her annual performances at the Academy of Music in Philadelphia, she added. Once shunned by the US for her race yet embraced by European audiences, Anderson ultimately became a cultural icon who sang for US presidents, including Franklin D. Roosevelt and John F. Kennedy.

An audience robe worn during China’s Qing Dynasty (19th century) is in the “Dressing to Rule” section of the exhibit. Credit: Eric Sucar/University of Pennsylvania

Donated to the Penn Museum in 1898 by a Miss Livingston, the Chaofu (audience robe) was the official costume of a civil official of the second rank, according to the museum. The silk and brocade robe, adorned with embroidered dragons, waves and clouds, was only worn during some of the most important occasions in officials’ lives, Ristvet said.

“In China, every aspect of official dress is basically tightly controlled, and there’s a lot of symbolism that goes into all of these outcomes. … The blue-black color of this robe is something that’s only worn by basically court officials,” Ristvet said.

The blue was one of the main colors on the Qing Dynasty flag. “Of course, dragon is a symbol of the emperor of rulership in China. And the number of claws on the dragon actually corresponds to the rank of an official.”

A Scythian warrior’s crown is displayed in “The Stories We Wear” exhibit at Penn Museum. Credit: Eric Sucar/University of Pennsylvania

The rosettes on this gold diadem were made of gold foil and wire, and likely decorated a headdress or garment of an elite Scythian woman.

“Many cultures around the world valued gold as a symbol of high status,” wrote Debra Breslin, an objects conservator who examined and treated more than 200 artifacts for the exhibit, in a statement.

“This idea of military prowess, we tend to really think of that as being masculine across the centuries,” Ristvet said. “Interestingly, almost all the (Scythian) material we have in our museum seems to be coming from graves of women, which is cool and unusual, because a lot of the high-status material from this time is coming from male graves.”

“The Stories We Wear” exhibit is on display at the University of Pennsylvania Museum of Archaeology and Anthropology (Penn Museum) through June 12, 2022. 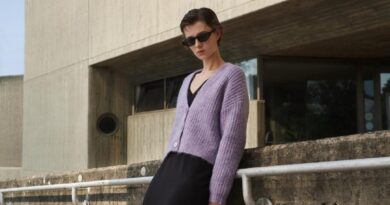 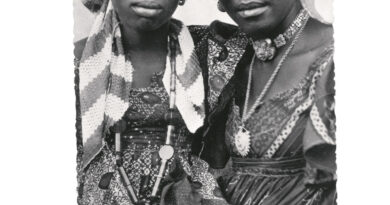 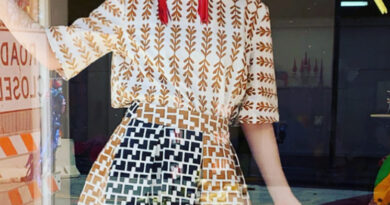